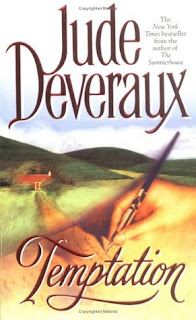 Temperance O'Neil is a women's rights activist in New York City at the turn of the 20th century. At the age of 29, she had given little thought, time, or attention to her love life and thrown all of her energy into helping the city's poor and downtrodden women. But when Temperance's widowed mother shows up with her new husband, Angus McCairn, everything changes. Angus has control over the O'Neil money and uses it to force Temperance to move to Scotland, where he's determined to make a "proper" lady of her. This results in a brief but amusing battle of wills that culminates in a blackmail deal: If Temperance can make Angus's nephew, James, take a wife within the next six months, then she can have her money and her house back.

Hope you will be a follower to enter.