Book Blitz (YA Bound) : The Winning Side by CM Doporto 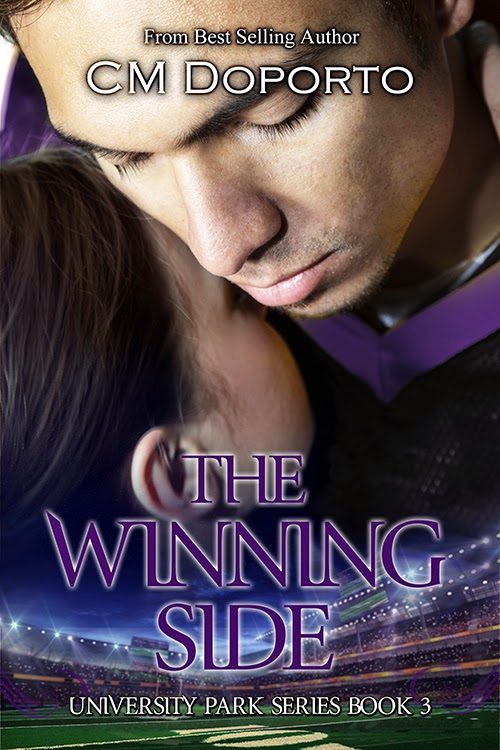 The Winning Side (University Park, #3)
by C.M. Doporto
Release Date: December 21, 2014
Genre: New Adult Sports Romance 18+ for adult
situations and language
Page numbers:
272 pages
Summary from Goodreads:
Lexi’s determined to keep her word and stand by
Raven’s side because her love for him is too strong to deny.  As Raven learns to deal with the issues that
are destined to destroy him and their relationship, their love is taken to a
new level. As doors are closed and new ones are opened, Lexi and Raven find
themselves in a heavenly bliss, but not without the challenges from Raven’s
past. With a true test of love, Lexi and Raven have to decide if they are
willing to do whatever it takes to be on the winning side.


Currently Opposing Sides, book 1 in the University Park Series is FREE for a limited time. 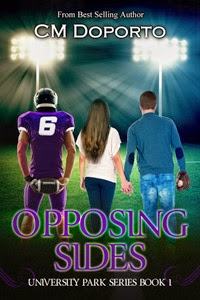 About the Author
CM Doporto lives in the great state of Texas with her husband and son enjoying life with their extensive family along with their Chihuahua, Mexican Redhead Parrot, and several fish.

She earned her Bachelor’s Degree in Journalism from The University of Texas at Arlington. She briefly worked in the area of Public Relations and Advertising and then pursued a career in the field of Human Resources. CM considers herself a life-long learner and returned to school and earned her Master of Art’s Degree in Organizational Development from Dallas Baptist University.

She writes Young Adult and New Adult Sci-Fi/Urban Fantasy stories about ordinary women who do extraordinary things, become a heroine, and find love along the way.
Author Links: