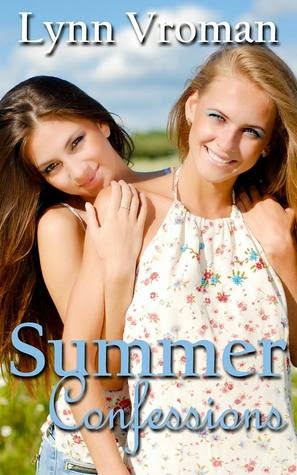 Summer Confessions
by Lynn Vroman
Release Date: 03/10/15
YA Contemporary
Untold Press
162 pages
Summary from Goodreads:
Macy Diaz has managed childhood friend Jeb Porter’s crush for years. However, his infatuation turns to obsession, even putting a kid in the hospital just for hitting on her. In the past, Macy brushed it off, explained his bizarre acts away. But now she harbors a secret. She’s in love…with Jeb’s sister, Rachel.

By some miracle, Rachel loves Macy back, and despite the small minds polluting their sleepy southern town, they’re sticking together. Unfortunately, making sure Jeb never grows suspicious proves harder every day—until everything falls apart.

As a sick, unstable Jeb starts to threaten all Macy values, she is reminded of what has always been perfectly clear. Macy belongs to him, only him, and he won’t let her go. Ever.

If only Macy could’ve loved Jeb, she wouldn’t have to worry about surviving him now.

Excerpt
Church ain't so bad, especially since Pastor Bill brought in the cushioned pews. It was kind of nice how my butt stayed awake, even if my eyes didn't want to. But one glance at Mama's scowl, and I knew better than to check out while we all got our morality medicine for the week.
"…and don't forget, y'all need to bring a dish for the Fourth of July planning party. My Jenny's makin' her sweet cornbread muffins." Pastor Bill gave his wife an adoring look and patted his big belly. "Until then, I'll see each and every one of you next Sunday."
I smiled. The torture was over.
In polite, orderly fashion, we all filed out of the small church that had been around since Papaw first moved here in the 1960s. I did my best to avoid the obligatory handshake with the man who ruined every Sunday morning, but he was quick for a fat guy. "Buenos días, Senora Diaz."
Crap.
Pastor Bill's Appalachian twang hurt my ears. The way he butchered his Spanish, that damn accent making him sound like the hick he was, had me grinding my back teeth.
"Nice sermon, Pastor." Mama didn't understand a lick of Spanish, but she'd never let the good pastor know it. Didn't matter to him we were as southern as every other smelly country bumpkin in Pittman Center.
"Why, thank you." His bloated hand covered hers. "Don't forget the party. I do love me some Mexican food."
Dumbass. We're Puerto Rican.
"I wouldn't miss it for nothing." She slid her hand out of his sweaty grasp, a forced smile on her lips.
We walked down the old cement steps toward the mowed field everyone used as the parking lot, batting at the gnats buzzing around our heads. "When you gonna tell him we ain't Mexican?"
"As soon as you can stay awake for the whole sermon." 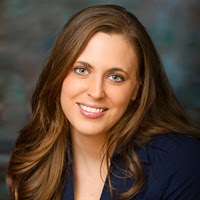 About the Author
Born in Pennsylvania, Lynn spent most of her childhood, especially during math class, daydreaming. Today, she spends an obscene amount of time in her head, only now she writes down all the cool stuff.
With a degree in English Literature, Lynn used college as an excuse to read for four years straight. She lives in the Pocono Mountains with her husband, raising the four most incredible human beings on the planet. She writes young adult novels, both fantasy and contemporary.