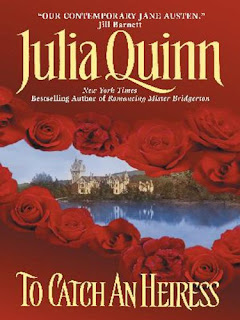 Caroline Trent is fed up with her greedy guardian, Oliver Prewitt, and his nitwit son, Percy. With only six weeks to go until she can claim her inheritance and rid herself of them, Percy attempts to forcibly seduce her. Fortunately, Caroline has a pistol at hand and she uses it--wounding the annoying man just enough to allow her to escape. Fuming, she flees the dark manor house determined to find employment and hide from her guardian for six weeks. But a bad night turns worse when a tall, dark stranger accosts her. Blake Ravenscroft thinks Caroline is a female spy, part of Oliver Prewitt's smuggling activities that include spying for Napoleon. He kidnaps Caroline, ties her to a bed at his nearby home, and grills her unsuccessfully before a friend arrives and tells Blake that he's captured the wrong woman. Caroline explains her predicament and, given what he knows of the larcenous Oliver Prewitt, Blake has no option but to offer her shelter. Caroline isn't a woman accustomed to sitting in the parlor sipping tea, especially while Blake's investigation has him involved in far more exciting, life-threatening activities. Blake isn't a man accustomed to having a woman ignore his commands. Sparks fly and passion sizzles between these two characters while a cast of endearing characters provide well-meaning assistance. To Catch an Heiress is both warm and wonderful, with witty dialogue and endearing characters.