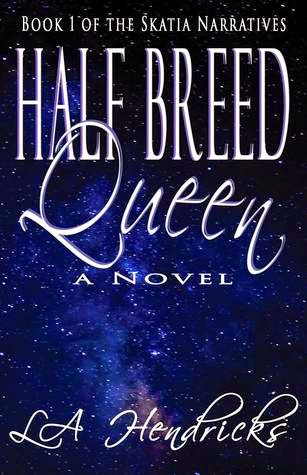 Half
Breed Queen (Skatia Narratives, #1)
by L.A.
Hendricks
Release
Date: March 2015
322
pages
Summary
from Goodreads:
Devastating tragedy puts 14-year-old
high school freshman Marla Owens, on a fast-paced journey of survival, revival
and coming of age. Driven by a force she can't begin to understand and a
burning need to find out the truth, she heads toward her mother's home in North
Dakota. She soon learns more about herself and her family than she could have
ever imagined — her mother was royal heir to the powerful Skatian throne! And
now the Skatian people need her to protect their world from those who wish to
conquer it.

In a classic tale of good versus evil, set on Earth and beyond, a young girl
fights to survive to become a young woman—and the reluctant queen of Skatia.
Who can she trust? Will she be able to control her own immense abilities and
justified anger to do what's right? One thing's for sure: Marla's not in Texas
anymore!
Excerpt #2
“Dad! Dad, we have to get home. There's something wrong with mom.”
“Marla, baby, what's the matter? Did something happen?”
“I saw her, I saw mom. Somebody had her tied up and they were cutting her. We have to get home.”
Marla took off running toward the parking lot. George took off after her, trying to get her to stop running.
“Marla, talk to me! You're scaring me.”
“We can talk in the car, but we have to go now!”
They finally made it to the car, but George was so shaken that he found it difficult for his hands to function. He took a deep breath to compose himself. He got into the car and started it. Marla jumped in beside him, impatient for him to get moving. He mashed on the gas, backing the car out of the parking space and headed for home.
“Now, will you please tell me what is going on?”
“The fortune-teller… she looked just like mom. And she said that I would find out what made me special today, but it would be too late to save my family. Then I felt this awful pain in my stomach and I could see mom being tortured. I don't know what it means, but I swear I can feel mom's pain somehow.”
George knew enough about his wife's history not to question what Marla saw and felt, but he had no idea how to explain it to his daughter. Andi's life before they met was still largely a mystery to him. Long ago, Andi had given him a message to give to their daughter in the event that anything should happen to her. Marla had not yet shown any extraordinary ability, but that didn't mean that others may not think that she had them.
“Marla, what do you know about your mom's family?” He carefully laid the question out there to see what she knew, but he fully understood that in her frantic state, he would need to tread lightly.
Marla heaved forward again, crying out in pain and clutching her stomach desperately. George knew this was not the right time for a history lesson, but if what he thought was going on in his home was indeed happening, his daughter needed to know as much as possible as soon as possible.
Marla moaned a bit then croaked out, “Mom told me that she came from up north. She wasn't specific. I mean, I just figured that something bad had happened, since she doesn't talk to anyone in her family anymore.” 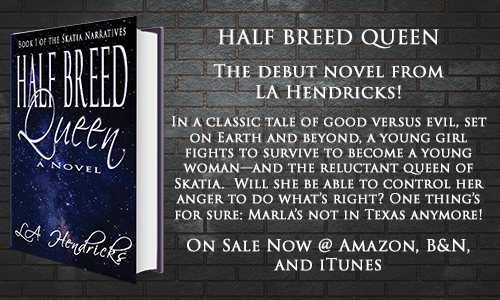 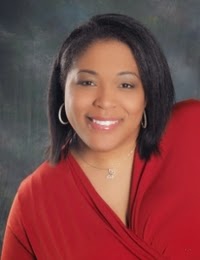 About
the Author
LA
Hendricks is an IT project manager by day and science fiction/fantasy novelist
by night. A longtime lover of words, she reads science fiction, fantasy and
paranormal romance novels regularly (when there is time). When not reading,
writing or working, LA can most often be found watching football or basketball
with her adorable cat, Mona.
Author Links: