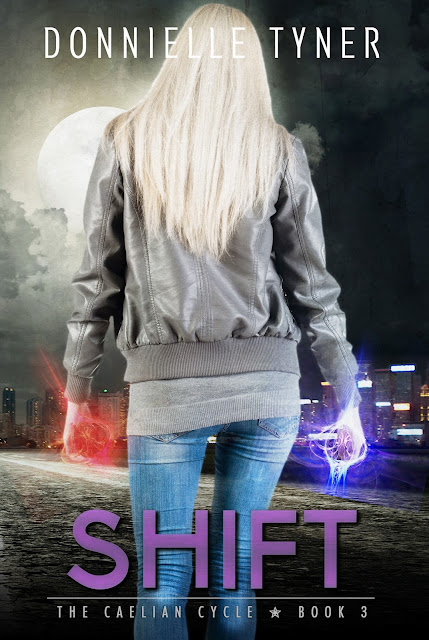 Chaos is what rules Sadie’s life. Separation, lies, and an overpowering Talent have pushed her fragile sanity to the breaking point. Without Kian to fall back on, Sadie has to learn that her strength comes from within – as well as from those she loves. Just when Sadie begins to attain some stability, the true nature of her Talent reveals itself, causing her world to shift.
War is on the horizon. Tensions are rising at an exponential pace between the US government and the Caelian citizens of America ever since the exploits of the HPC were exposed. Communities are being torn apart. The United States is on the brink of another civil war. Mistrust, hatred, and fear are the fuel behind the violence plaguing its citizens. Something needs to shift.
Peace is what unites the HCA and the Caelian families who strive for positive change. Some progress is being made, until Miles Koenig reveals his master plan 20 years in the making. Hoping to enact change and unify the nation, Sadie embarks on a dangerous mission not only to stop her grandfather, but to transform the pending war into a revolution for peace.
Everything is going to SHIFT

Books in the series (click on images for Goodreads links):