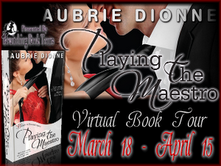 Aubrie Dionne is a concert flutist turned fiction writer who lives in snowy NH with her husband and mini-doxen named Jedi. She teaches flute at a university and community music school and writes in her free time.

I would say all of the great movies and TV shows I watched as a kid- Star Wars, Star Trek TNG, The Goonies, The Last Unicorn, Labyrinth, Indiana Jones, etc. I loved action, adventure and fantasy.

About two months last summer from July to August. August is my best writing month because I have a solid three weeks off just to write. At first, I wasn’t sure I could write a contemporary romance- because I’d only written fantasy and sci fi worlds, so I had to gather up my courage and drop all the fancy description and aliens!

I plan it all out in my head first because it’s hard for me to back track. Everything is tied together, and if you change one thing it trickles through the story in a rippling effect.

The fantasy and sci fi section! Then, the young adult section.

Just a few. I’m mostly spending my time writing. I’ve recently bumped up my word count from 1k a day to 2k a day, which takes me a good 2-3 hours.

Jane Eyre- she’s so strong and sticks to her ideals. When she finds out Mr. Rochester has a crazy wife upstairs, she doesn’t stick around and muddy herself in his lies-even though she does love him.

7. State 5 random facts about yourself.
1. I was raised a vegetarian- never eaten meat.
2. I’m the oldest of four siblings- and we’re all pretty close.
3. I hate eggplant- it’s all squishy and tastes like alien food.
4. Even though I don’t have kids of my own, I love my nephew like he was my own. He calls me Aw-B.
5. I’ve played in orchestras all my life-so I have a lot of ideas to work with in this series!


8. Your favorite Genre?
Epic fantasy- with all the quests, elves, dwarves, unicorns, monsters, etc. Bring it on!

9. What are you currently reading?
Renegade by J. A. Souders- A cool dystopian under the sea.

The classics- Jane Eyre- Pride and Prejudice, etc. But if I have to name a contemporary one- Winter Rose by Patricia McKillip.

Oh yes! Book 2 in the Maestro series is almost done! This features her oboe friend, Carly, as the orchestra tours Europe! There’s a handsome Italian tour guide, named Michelangelo of course, and a lot of sparks!


This is a romance for band geeks, or for anyone who’s ever played an instrument. You’ll find it hilariously funny and all too true!

Melody Mires has sworn off dating musicians, but when the sexy European conductor Wolf Braun takes over her struggling symphony, her hesitation almost flies out the window with the notes of her flute—until he opens his mouth. Wolf is arrogant, haughty, and seems to have a personal vendetta against Melody. Oh, and he’s her boss. If she wants to keep her job as principal flutist, she’ll have to impress Wolf while simultaneously keeping her undeniable attraction to herself.

Wolf came to America to get as far away from his past as possible, and to recover some of the swagger he had as one of the world’s best maestros. He never imagined being forced to reassess the entire orchestra’s talent—and potentially fire anyone who doesn’t make his cut. Dating the attractive flutist is out of the question, but as their feelings reach a fever pitch, can they risk both their careers for a chance at love? 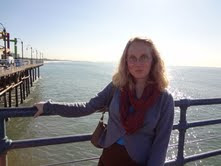 Aubrie grew up watching the original Star Wars movies over and over until she could recite and reenact every single scene in her backyard. She also loved The Goonies, Star Trek the Next Generation--favorite character was Data by far--and Indiana Jones. But, her all time favorite movie was The Last Unicorn. She still wonders why the unicorn decided to change back to a unicorn in the end.

Aubrie wrote in her junior high yearbook that she wanted to be "a concert flutist" when she grew up. She majored in flute performance at the University of New Hampshire on a full scholarship, then secured two teaching jobs at a University and a local community music school. While playing in orchestras and teaching, stories popped into her head, and she used them to make the music come alive for her flute students. Her students said they were so good, she had to write them down! Maybe they were right, who knows? Two careers seems to keep her busy. For now.

She is represented by Dawn Dowdle and writes sweet and adventurous fantasy, science fiction, and contemporary romance.