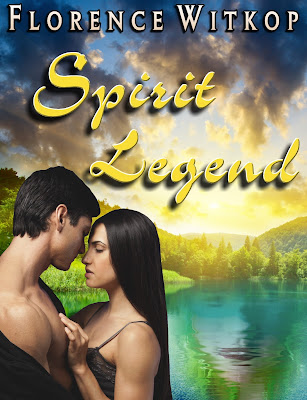 Charlie, forester for Macallister Outdoors' corporate wilderness retreat takes Ian Macallister, the owner and her boss, to inspect a newly purchased tract of forest with a tiny lake in the center that fascinates Ian because of the legend of a spirit that resides in the lake.  While there, they see strange lights and hear unearthly music but, before they can investigate further, a storm strands them and destroys the beaver dam that created the lake. Ian insists they stay and repair the dam, even though the corporate center also suffered damage, to save the spirit long enough for him to discover what it is.  In their enforced closeness, Charlie fights her attraction to Ian because she refuses to become half of a workplace affair.  After repairing the dam and leaving, they talk often about their experience and eventually return. During the return trip, Charlie's attraction to Ian grows still stronger.  At the lake, they discover the spirit is real and is the only thing that can save Ian when he is scuba diving and becomes trapped beneath a submerged log.
PRAISE FOR "Spirit Legend"
THIS WILL STAY WITH YOU
I really like this book. I am at a loss as to what genre it fits in because it crosses over so many and so beautifully. Maybe that's why it's impossible to pinpoint. If you love nature, if you love romance, if you love sci-fi, I could go on. It's simply a wonderful story of two people who enounter something unexplicable - the something of which legends have been made. The something has an intelligence and an endearing quality that you won't soon forget and I would be remiss if I didn't say I love a happy outcome. Enjoy it. It's well worth read and your time!"
- Dianne Harman. March 1, 2013

This is a story that Florence told us regarding one storm that happens in her book, I couldn't leave this out!


A reader wished she knew more of the huge storm that isolated Ian and Charlie in the wilderness in my latest book Spirit Legend. So here it is and, yes, there was such a storm. It happened on July 4, 1999 and was the largest blow-down ever recorded in North America. It devastated a large part of northern Minnesota, only lasting about 20 minutes but with winds in excess of 90 miles an hour.We were in the house that day. We happened to look out and saw the darkest, lowest-hanging clouds we'd ever seen. Then, in the blink of an eye, it looked like the earth was being lifted into the sky. We ran for the basement. We were fine, the storm passed a mile or so north of us, but the damage it did to the forest will be felt for generations.
Our daughter was on a train soon after the blow-down and later described miles and miles of trees laid flat and all in one direction, as if a giant comb had been run through the woods. She spoke of seeing that scene for hours and hours as she looked out the window of the train.
We thought the forest would never be the same. We were wrong. The forest is fine now but we still see occasional small remnants of that storm.So now you know what inspired the storm in Spirit Legend and what it did to the North Woods.
-Florence-
EXCERPT:


The raft rocked in a sudden gust of wind.  I grabbed the sides to steady myself as the
motion awakened Ian.  He sat up and shook
the sleep from his eyes, then gazed at the sky.
Years of being in the out-of-doors had taught him about weather.  "It's coming, isn't it?   The next storm?"
"We'd better get back to shore.
Now."
He started to paddle and I did the same.  "Why didn't you wake me
sooner?"
I didn't answer. There was nothing rational about my experience and
no evidence it had happened.  So I merely
said, "I was snorkeling and didn't notice the weather.  Sorry."
I avoided his gaze as I dug my own paddle into the water and pushed
hard.
By the time we reached shore, the western third of the sky was
filled with a cloud that turned black and large and threatening as we dragged
the raft out of the water.
I was immobilized by the scene.
Clouds growing larger and darker by the moment that, as I watched,
seemed to rise up from the ground to the sky.

It took seconds to realize what was happening.  Then, knowing what I was seeing, I wanted to
puke.  "Run!"  I grabbed Ian's arm hard enough that he
dropped the raft.  "The wind.  Look!"
He looked but was bewildered.
"It's not a tornado.  No
rotation."
"Look at the ground."
He still didn't understand.  I
tried again.  "The wind is so strong
it's lifting the earth straight into the air."
"Oh my God!"
Comprehension turned his face into a caricature.  "We'll be torn to shreds."  Along with the dirt rising towards the sky
was debris of all kinds.  Branches,
weeds, seemingly the whole forest and all heading straight towards us.
I looked wildly about.
"That downed tree."  A
huge hardwood had fallen long ago, tearing some of the roots out of the
ground.  Those roots that were still
partly in the ground cemented the trunk to the earth, those that had been torn
from it formed a wall of dirt and roots.
It had been a huge tree.  The
exposed root system formed a solid barrier that should withstand even the wind
that was rushing towards us and behind it was a space the size of a
closet.  "That's the safest
place."
We ran.
LINKS:
AMAZON
SMASHWORDS
WEBSITE
The Author 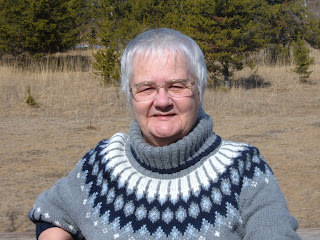 Win an e-copy of Spirit Legend!