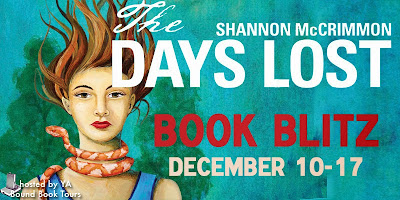 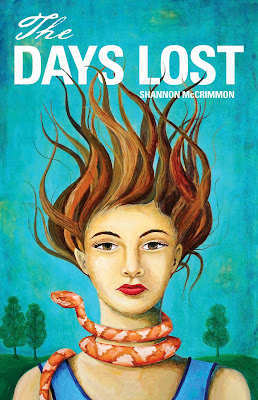 The Days Lost
by Shannon McCrimmon
Release Date: 12/10/13
Summary from Goodreads:
On the heels
of her high school graduation, Ellie Morales is spending her summer vacation in
the mountains of Western North Carolina with her dad and brother, Jonah. Having
lost their mother only months earlier, all of them are trying to cope with the
loss in their own way.

Part routine, part escape, running is Ellie's way of dealing with her grief.
Shortly after sunrise each morning, Ellie and her dog, Bosco, set out for a
lengthy run on the path that passes by her house and leads deep into the woods
of the Blue Ridge Mountains. One fateful morning, Ellie is lead off of the
trail and discovers a secret that will change her life, as well as the lives of
the family she meets, forever. One member of this mysterious family is Sam
Gantry, who seems unlike any guy she's ever known.

This meeting sparks a series of events, causing Ellie to question everything
she's ever known and believed. The more she learns about Sam and his family,
the more she wants to help him find the missing puzzle pieces.


Excerpt: from Chapter 2
Ellie thought he was dressed in an odd way: long chestnut colored pants that resembled uniform trousers, suspenders strapped around each broad shoulder, and a button down shirt in a muted color. His brown hair was unkempt and shaggy – as if it had been cut by a child. He had some facial hair, not too much, but just enough to show he was indeed a man and definitely not a boy. She was curious and tried to get a closer look at him. She failed to notice the large tree branch in front of her and stepped on it, snapping it in half.
The stranger's singing ceased. He dropped the wood from his hands and looked around, suddenly aware that he was not alone. His posture changed; it was much more tense and threatening, and his jaw was clenched tight. He placed his hand on his hip, touching something. Ellie couldn't see what it was but thought it might be a weapon.
Ellie back peddled quickly, hoping that he wouldn't see her, afraid that she had trespassed into a forbidden territory. Bosco barked in response to Ellie's anxiousness, and the stranger looked directly in their direction. Even though they were more than a hundred yards away from each other, she could feel the iciness of his stare. Within a split second, Ellie spun around and bolted in the opposite direction with Bosco trailing behind her.

Advanced Praise for The Days
Lost:
“I just loved the idea that
McCrimmon has come up with. It is different and fun and before long you are so
caught up in the story you feel as if you are really there. That is power of a
talented author... This story is a must read!” - Mandy, I Read Indie 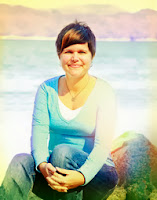 I'm a Florida native who currently resides in Greenville, South Carolina with my husband and toy poodle. When I'm not writing, I can be found drinking Earl Grey tea with honey and cream, singing ineptly and butchering the lyrics to my favorite songs, and asking my friends ridiculous, hypothetical scenario-based questions.
Author Links:

***GIVEAWAY***
Ebook
(KINDLE only) copies of: The
Summer I Learned to Dive, The Year I Almost Drowned, and The Days Lost and
a $20 Amazon gift card to 1 lucky winner. Open to both International and
US Residents.
a Rafflecopter giveaway