Blitz Tour: To Be Or Not by Margo Hoornstra 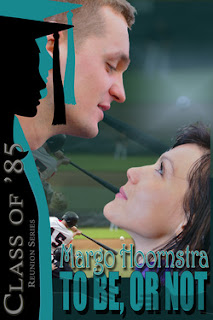 About To Be Or Not

Barry Carlson had it all, a successful career in professional baseball and the adoration of any woman he wanted. Except one. Forced to retire in his prime, Barry returns to his hometown of Summerville, New York to coach the Minor League Hornets.

Twenty years ago, Barry broke through Amanda Marsh’s trust issues. He melted her ice, won her love, then walked away without a backward glance to survey the wreckage. Now Amanda is the head of public relations for the Hornets and happily single—until Barry slides back into her life.

Still reluctant to trust, Amanda gives Barry another chance. But the announcement of their twenty-fifth high school reunion leads to an asinine bet between Barry and his old buddies, and threatens to ruin their new-found relationship. As scandals of the past and present converge, can Barry and Amanda get beyond their differences to find their second chance at love?

“I don’t think he was lying about this, because I was there too. Back at Doogan’s when you and your group of old buds came up with that—that—bet.”

As his memory completed a fast rewind of the specific event, the warmth in his heart turned to ice.

“I’m not sure what you’re talking about,” he hedged as his mind reeled with ways to talk himself out of the deep, dark pit he was about to fall into.

“Don’t you, Barry?” She gestured with a head toss over one shoulder. “According to him, the wager was your idea.”

He felt the pit begin to close in on top of him. “It’s not as bad as it sounds.”

When her gaze returned to take a vise grip on his, he saw only contempt. “So you admit to setting me up to win a bet with your pals.”

“What? Oh, God. No, Amanda.” Hearing the tears in her voice, a chill ran down his limbs. “It was nothing like that.” At the devastation in her eyes,
his gut twisted into knots and he could swear his heart stop beating. “Aaron Goodwin is an unmitigated ass. A jerk of the highest order. He
doesn’t have one cell in his body that isn’t selfish and self involved. In short, he’s a total and complete ass.”

The look of raw pain on her face was the same one that had haunted him for so many years. “It appears he has some competition in you.”


My personal history in a nutshell is pretty simple. I’m a wife to one; mother to four—seven if you count in-law children which I do—and grandmother to four so far. 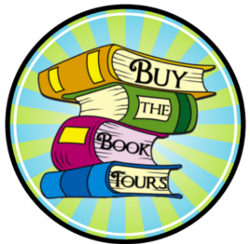