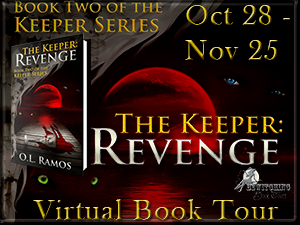 We’ve always been thrilled by the supernatural, haven’t we? It’s that sense of mystery, that knowing that “there has to be something more to the story” that always drives us wild. It incites our passions, fears and sense of wonder. But, if just for the purposes of this guest post, I could ask you to forget all the technology and hustle-and-bustle of the world around you. Forget about twitter and facebook (God forbid!)
Imagine what it must have been like for people a thousand years ago, when they couldn’t wiki this or google that. They had to come up with reasons as to why the sun would come up, how pregnancy worked, and even how to act. Our imagination as a people was vivid and we were terrified. The Dark Ages were dark in more than just name.
For instance, did you know that werewolves and vampires were actually the same kind of creature? When you start looking at their ancient origins though… well, that’s usually the point where things get really murky. Vampires specifically have been around since Ancient Egypt, and most likely, even before recorded history. The lore on them is impossibly long.
They’ve been described as astral creatures with no ties to humanity, thought-form creatures that are fully evil and feed on human souls, and they’ve even been considered to be demons. For purposes of this writing though, let’s talk about the most common form of vampire. The revenant.
Even the word sounds a little creepy, doesn’t it? The modern image of a vampire might be tall, dark and handsome, but the roots from which all of this came from… it isn’t sexy at all.
Revenants are a category of undead or unnatural creature. They’re the parent category for nasty things like ghouls, zombies and vengeful spirits. But you wouldn’t want to make out with a zombie though, right? The vampire specifically, has been changed so much throughout history that we don’t even know what was ever the real lore behind the legend.
The weaknesses of a vampire have become pretty numerous: Silver, holy water, holy wafers (a former popular one that has lost a lot of its oomph), crosses, sunlight, herbs, garlic… You name it, it’s probably been added to the list of weaknesses. But, the ancient legends pretty much paint a picture of a vampire being invincible.
So how do we go from invincible to being deathly allergic to pizza toppings and jewelry? I bet it’s because of people who think it’s great to make vampires sparkle in the sunlight. Now! Before you all get incited to riot and barrage me with rotten fruit, it’s important to understand one thing! I’m a huge fan of sparkly vampires; they’re just not vampires. They’re sparkly, super-strong, super-fast, something elses. And that werewolf? Not a real werewolf, but we will have to hit that one on another day.
At this point you might be asking yourself: “Why is he jumping around? What does Twilight have to do with the origins of vampires”
Okay! Here’s the thing: When Ms. Meyer wrote her series, she reinvigorated an entire genre. She also gave a new generation the vehicle to easily enter the supernatural realm. But, if you ask younger kids, they can’t really tell you what is or isn’t traditional for vampires. No biggie, it’s just entertainment. She’s putting her own creative spin in. In her doing so though, she is helping mold tomorrow’s writers and storytellers. So if in a hundred years, all vampires sparkle and their eyes shimmer depending on what kind of blood they consume, we all know why. I’m just saying!
When Bram Stoker wrote his timeless classic, Dracula, he used Prince Vlad Tepes as a template for his monster. And don’t let the modern day vamps misdirect you, Dracula WAS a monster. Stoker used a lot of revenant lore to power his story, and in my opinion, it was pretty awesome. But even when he used it, he was playing a game of telephone with the legend. He helped transform the legend we would recognize a hundred years after him.
In Eastern Europe, around the time Stoker was writing his work, vampires were seen as grotesque, unsightly things. But he chose to make Dracula a really suave dude, in a bad ass cape. The book was literary gold and we all wanted more. Thus, the vampire myth was only attached to Dracula-types and we lost the ugly vampires.
Like I said, it’s just entertainment (or is it?) but it’s pretty amazing that in less than 150 years, an entire piece of very established folklore has been morphed in such a way. I have a grandfather who remembers hearing about Dracula, thinking it was a new idea. He probably thought it was a craze. Yet here we are, dying to get another bite.
After that pun, you can all now throw your rotten produce. 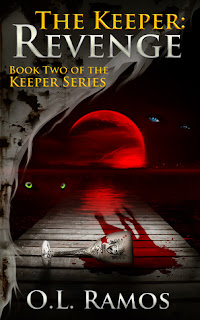 If the world you lived in was someday revealed to be nothing but a lie, would you really want the truth? Elizabeth McBeth did, and she's paid the price for it...

After almost 10 years since Liz's mother was taken from her, Liz finally found her mother, Mary. But Mary has been forever changed, something that Liz will have to accept. The beginning of happier times, one would think...

The conspiracy has been exposed; Liz, Vincent, Mary and Michael had all thought that the vampire plot had been destroyed. They should have never underestimated Klein.

Klein has reinforced his armies, splitting the entire vampire species with the question... is Klein the vampiric messiah? Unfortunately for the heroes and the world itself, Klein has set in motion a plan that will destroy the world and recreate it in his own image.

From what I understand, the first line of this thing is where I say something really interesting that wins you over. After all, they say that you know within seconds of meeting a person whether you like them or not.

So...yeah... I got nothing. But if there is one thing I know, it's that through stories we discover the world, learn about history and traditions; and in doing that, we become who we are as an individual.

Since I was a very young child, my only dream was to become an author one day. I wanted to reach people with my words, maybe even entertain them. I wanted to touch their lives and give them something to think about. After all, I am a loveable blowhard kinda guy... that's gotta be entertaining, right?

In my life, I've done many things; from supervising sales for a retail giant chain to being a Deputy Sheriff. You would think that a person who had been shot at for a living would be brave enough to write a biography without all the sarcastic quips. Unfortunately no, that's one of my main flaws as the above mentioned blowhard.

Anyhoo, please feel free to drop me a line! If you loved the book, I wanna hear about it. If you hated every word of it, please make sure to let me know, but please avoid the CAPS LOCK! The font can be a little... demeaning. Make sure to have fun guys! They say you only live twice; and if that's true, we're at least half done.