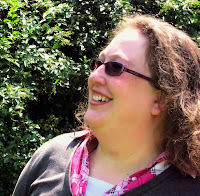 Aside from her long-standing love affair with coffee, Heather’s greatest joys in life are her relationship with her Savior, her family, and writing.  Years ago, she decided it would be better to laugh than yell.  Heather carries that theme over into her writing where she strives to create characters that experience both the highs and lows of life and, through it all, find a way to love God, embrace each day, and laugh out loud right along with her.

Will she be able to save him from himself?

Grace finds herself wed to a man who loathes her.  She is shunned and exiled to the farthest corner of the land. It wouldn't hurt so much if he hadn't once been her best friend.

Thomas became a duke long before he was ready. Now he can't go anywhere without women trying to entrap him into marriage.  He expected better from his childhood friend.

How can friendship, let alone marriage, thrive in the face of bitterness, suspicion, and misunderstanding?

What's to be done when the hurtful choices made in anger have lasting consequences?

Try as she might, Grace couldn't stop the tears flowing down her cheeks. She was hiding in her father's library, hoping no one would be bold enough to seek her out. Her parents were hosting a house party, and the guests were everywhere. Each person, it seemed, wanted to know everybody else's business.

When she heard the door behind her issue a soft squeak, she knew she'd been found. She kept her back to the door, not wanting the person to see how distressed she was. "Gracie, may I come in?"

It was Thomas! Though they hadn't seen each other much in recent years, he was a childhood friend and, the way she saw it, her one true friend here at this gathering. "As long as you close the door and let no one else enter," she said hoarsely.

She heard the door click again, followed by Thomas's movement through the room. He was soon leaning against her father's desk right beside her, his familiar tall frame, shortly clipped brown hair, and intelligent blue eyes a familiar comfort to her.

Grace couldn't help the small chuckle that bubbled up and out of her. Thomas had always known just what to say, no matter her mood. Her father, the Earl of Miltmouth, and Thomas's father had been the best of friends. Thomas and Grace had naturally grown up together. She had seen less of Thomas after his father had passed away and he'd had to take over the running of the estates, but they had managed to remain friends.

"I asked Father if I could have a season in London," she said woefully. Grace, wrapping her arms around her midsection, felt nauseated.

"Ah, I take it he said no. Surely he'll bring you to London for a season soon. I assume he'll want you to marry well." When Grace said nothing in return, Thomas asked, "Am I mistaken?"

"You should have heard the awful things he said to me!" Thomas handed a kerchief to Grace, who wiped at the tears she still couldn't quite get under control. "He told me I'll never find a suitable husband. My mouth is too big, and my smile is too wide. I'm too skinny, and my bosom is too flat. No man will ever want to marry me, and going through the pretense of a season in London will be nothing but a costly embarrassment to the family."

Repeating all the terrible things her father had said to her made Grace cry even harder. Feelings of rejection and disbelief swirled through her. Her father, while at times eccentric, had never before said anything so cruel to her. The kerchief, now sodden, did little good.

That was when she felt Thomas's arms wrap around her in a hug. "It'll work out, Gracie. I don't know why your father would have said such things to you, but you can't let his words get you down. They're not even true. You have a perfectly sized mouth, a delightful smile, and… well, I'm sure everything else is fine, too."

Grace soaked in Thomas's warmth. She sighed into his waistcoat and said, "I appreciate the kind words, Thomas, but you shouldn't be in here alone with me. We both know that."

Thomas, his voice light, said, "It was in here with you or out there with the barracudas. I think I'm safer right where I am."

Grace didn't pull out of his comforting hug as she knew she ought to. Instead she said, "I've spent my whole life in Stafford Shire and have never even been to London before. All I'm asking for is one season. If I wait much longer, I'll be completely on the shelf, and no decent man will even consider marrying me. My father has doomed me to the life of being some man's courtesan!"

"You've been reading the newspaper again, haven't you?" She felt the warm rumble of his chuckle against her cheek. "You shouldn't even know words like that. If your parents knew you were reading those rags, they'd have your hide."

Grace's tears had quieted and were slowly being replaced by hiccups. Just as Thomas began to release her from his friendly hold, the library door opened with a loud bang.

"What the devil is going on in here?" demanded Lady Appleton.

Grace jumped out of Thomas's arms and said, "It's not what you th—ink." The hiccups were gaining momentum. "I was up—set. Thomas found me, and I was—crying. He was simply be—ing kind."

The skin on Lady Appleton's florid face jiggled as she shouted, "Not only are you in a room with a man unchaperoned, but you were in an embrace!" Her gown truly was the most awful color. It was somewhere between green and brown, like a plant that had withered and died. To make the ensemble worse, she looked as if she were wearing an entire peacock atop her piled hair.

Seeming to thrive on spectacle, Lady Appleton continued to bombast them with accusation, her voice growing toward a crescendo. "You've been ruined, young lady! There will have to be a wedding at once!" If volume were the stick by which such things were measured, Lady Appleton's screeching voice ensured that Grace would feel maximum shame.

By this time, several people had gathered in the hallway outside the library door. When Grace's father came on the scene, Thomas spoke directly to him, ignoring Lady Appleton. "I apologize for any misunderstanding. Gracie was crying. She was upset, might I add, by the cruel things you said to her. I'm nothing more than a childhood friend offering a bit of encouragement and reassuring her that her father is not the ogre he appears to be at present."

Grace had never heard Thomas's voice quite like this. The sharp edge of strong metal in it was unmistakable. This voice belonged to the Duke of Stafford, not her childhood friend Thomas.

Grace stared at Thomas and saw for the first time, not the boy she'd considered her chum, but rather the man he had become. His stature was impressive, his closely cropped brown hair stylish. It was his eyes that stunned her into silence, though. They had always been such a lively and cheerful blue, but now… now they glinted cold and steely, showing not a glimmer of warmth.

Lord Miltmouth turned from Thomas to Lady Appleton and demanded, "By all that is good and holy, what on earth is going on here? What are you carrying on about, woman?"

The Earl was a tall and imposing man whose black hair had begun to silver at the temples and to whom people normally gave deference. Lady Appleton, however, was no mere mortal. As it turned out, she was a scandalmonger who was nourished with the milk of blather and who thrived on the meat of gossip. She was in her element and would not back down. If anything, her voice grew louder.

Peacock feathers bouncing with each word, she said, "I found your daughter and that… that man there…  in an embrace here in this room. Without a chaperone, I might add. Obviously they must be wed at once!" Then she turned on her heel and marched away, leaving a trail of whispered conversation behind her.

Grace looked to her father and said, "We did no-thing wrong."

More than a dozen faces stared at them from the doors of the library. Some reflected pity or shock, while others showed salacious delight. Lord Miltmouth looked back and forth between the two of them and finally said, "It's too late to change anything. With Lady Appleton leading the charge, word will soon reach the outermost territories of the kingdom. I'm afraid there's nothing for it. The two of you will have to be wed."

"F-ather, don't be r-idiculous. I'm n-ot ruined." Blast these hiccups! Surely her father didn't actually think she and Thomas had been doing anything untoward in the library? Didn't he trust she had been raised better than that?

Thomas whirled to face her, and Grace stumbled back when she saw the look in his eyes. Humor, irritation, resignation –  she could have handled any of those. The withering arctic look he gave instead chilled her to the core. "You planned this whole thing, didn't you, Grace? All to land yourself a duke. I don't know what happened to you, but you're not the girl I used to know, and you are no one I want for a wife."

"Now listen here, Thomas—" the Earl began but was cut off by the young duke's words.

"You will address me as Your Grace or not at all, is that clear?" Grace's father stared at the younger man, his face flushing. "Do whatever you need to do. I will return in three Sundays, and we will get this farce over with."

Grace watched as Thomas stormed from the room. Her tears of earlier were forgotten and her hiccups finally cured. Gawking at her father, whose face had taken on an ashen pallor, she asked, "What have you done?"
Posted by SueFitz at 12:30 AM