Describe your book in five words or less.
Northern Exposure Grooves With Stella

How did the ideas for your books come to you?
My book ideas come partly from reimagining real life, and partly from batting around ideas with my husband Eric while we hike or bicycle.

Is there a message in your novel that you want readers to grasp?
I hope readers come away from Saving Grace with the idea that what little control Katie has over her life she gains through learning to control her actions and thoughts, that she is the common denominator in her own unhappy status quo. I think this is a good message for most of us, and I look to it every day, literally. My mother embroidered The Serenity Prayer when she was 14 and it now hangs in my bathroom: God, grant me the serenity to accept the things I cannot change, the courage to change the things I can, and the wisdom to know the difference.

What is the hardest part of writing for you? What's the easiest?
The hardest part of writing for me is making myself sit still and DO it. The easiest part is “first draft.” I love the freedom that comes with a blank sheet of paper. The story can go anywhere your heart desires! It gets harder when you feel constrained by the story you have invested months or years in.

What's next for you? Are you currently working on or have plans for future projects?
I am so excited to announce that book #2 in the Katie & Annalise series, Leaving Annalise, comes out in the second half of 2013. I am working on finishing touches to it right now.

Why did you choose to write for specific genre?
I chose to write women’s fiction mysteries because that is what I love most to read. If I’m running to catch an airplane and have only seconds to choose a book, it is going to be a mystery and most likely one with women’s fiction elements. Thus, the stories of my heart are the ones that make their way to my head and end up coming out my fingers and onto the screen when I sit down to write.

What's it like hearing that readers are eagerly awaiting your book's release date?
I can’t tell you how exciting this is for me. If you are one of those readers wondering whether that email or Facebook message or website comment makes a difference to an author, wonder no more. It makes my day every single time I hear from someone that they love Saving Grace and can’t wait for more Katie & Annalise.

What is one question that you've always wanted to be asked in an interview? How would you answer that question?
I’ve always wanted to be asked what an author would most like from readers. My answer to that would be that the greatest gift a reader could give me would be an honest review left on both Amazon and Goodreads. Truly, if you hate it, state it, although I am not offended if you write something positive, of course. Leaving a review is a validation of the time and energy you spent reading a book; it’s your vote, your voice. And it means the world to an author to hear it. I love personal messages, emails, comments, and letters, too, but nothing means more to me than when someone invests time in writing and posting a review.

What was your road to publications like?
Like a double loop rollercoaster! I was blessed that I had a lot of encouraging validation on the way to go with my crushing disappointments, but it is never easy to be told no. I knew when my first three novels each won awards that something about what I was writing was hitting the mark, and that really carried me through. Eventually, many, many rewrites later, those three books became the Katie & Annalise series. I’ve heard the most important quality for a successful author is perseverance, and I couldn’t agree more.


Book Excerpt:
Last year sucked, and this one was already worse.

Last year, when my parents died in an “accident” on their Caribbean vacation, I’d been working too hard to listen to my instincts, which were screaming “bullshit” so loud I almost went deaf in my third ear. I was preparing for the biggest case of my career, so I sort of had an excuse that worked for me as long as I showed up for happy hour, but the truth was, I was obsessed with the private investigator assigned to my case.

Nick. Almost-divorced Nick. My new co-worker Nick who sometimes sent out vibes that he wanted to rip my Ann Taylor blouse off with his teeth, when he wasn’t busy ignoring me.

But things had changed.

I’d just gotten the verdict back in my mega-trial, the Burnside wrongful termination case. My firm rarely took plaintiff cases, so I’d taken a big risk with this one—and won Mr. Burnside three million dollars, of which the firm got a third. That was the total opposite of suck.

After my coup at the Dallas courthouse, my paralegal Emily and I headed straight down I-20 to the hotel where our firm was on retreat in Shreveport, Louisiana. Shreveport is not on the top ten list for most company getaways, but our senior partner fancied himself a poker player, and loved Cajun food, jazz, and riverboat casinos. The retreat was a great excuse for Gino to indulge in a little Texas Hold ’Em between teambuilding and sensitivity sessions and still come off looking like a helluva guy, but it meant a three and a half hour drive each way. This wasn’t a problem for Emily and me. We bridged both the paralegal-to-attorney gap and the co-worker-to-friend gap with ease, largely because neither of us did Dallas-fancy very well. Or at all.

Emily and I hustled inside for check-in at the Eldorado.

“Do you want a map of the ghost tours?” the front desk clerk asked us, her polyglot Texan-Cajun-Southern accent making tours sound like “turs.”

“Why, thank you kindly, but no thanks,” Emily drawled. In the ten years since she’d left, she still hadn’t shaken Amarillo from her voice or given up barrel-racing horses.

I didn’t believe in hocus pocus, either, but I wasn’t a fan of casinos, which reeked of cigarette smoke and desperation. “Do y’all have karaoke or anything else but casinos onsite?”

“Yes, ma’am, we have a rooftop bar with karaoke, pool tables, and that kind of thing.” The girl swiped at her bangs, then swung her head to put them back in the same place they’d been.

“That sounds more like it,” I said to Emily.

“Karaoke,” she said. “Again.” She rolled her eyes. “Only if we can do tradesies halfway. I want to play blackjack.”

After we deposited our bags in our rooms and freshened up, talking to each other on our cell phones the whole time we were apart, we joined our group. All of our co-workers broke into applause as we entered the conference room. News of our victory had preceded us. We curtsied, and I used both arms to do a Vanna White toward Emily. She returned the favor.

Nick had left the courtroom when the jury went out to deliberate, so he’d beaten us here. He stood up from a table on the far side of the room, but didn’t join us in front. I gave him a long distance Vanna White anyway.

The applause died down and some of my partners motioned for me to sit with them at a table near the entrance. I joined them and we all got to work writing a mission statement for the firm for the next fifteen minutes. Emily and I had arrived just in time for the first day’s sessions to end.

When we broke, the group stampeded from the hotel to the docked barge that housed the casino. In Louisiana, gambling is only legal “on the water” or on tribal land. On impulse, I walked to the elevator instead of the casino. Just before the doors closed, a hand jammed between them and they bounced apart, and I found myself headed up to the hotel rooms with none other than Nick Kovacs.

“So, Helen, you’re not a gambler either,” he said as the elevator doors closed.

My stomach flipped. Cheesy, yes, but when he was in a good mood, Nick called me Helen—as in Helen of Troy.

I had promised to meet Emily for early blackjack before late karaoke, but he didn’t need to know that. “I have the luck of the Irish,” I said. “Gambling is dangerous for me.”

He responded with dead silence. Each of us looked up, down, sideways, and anywhere but at each other, which was hard, since the elevator was mirrored above a gold handrail and wood paneling. There was a wee bit of tension in the air.

“I heard there’s a pool table at the hotel bar, though, and I’d be up for that,” I offered, throwing myself headlong into the void and holding my breath on the way down.

Dead silence again. Long, dead silence. The ground was going to hurt when I hit it.

Without making eye contact, Nick said, “OK, I’ll meet you there in a few minutes.”

Did he really say he’d meet me there? Just the two of us? Out together? Oh my God, Katie, what have you done?

If you're at all inclined to be swept away to the islands to fall in love with a rainforest jumbie house and a Texas attorney who is as much a danger to herself as the island bad guys, then dive headfirst with Katie Connell into Saving Grace.

Katie escapes professional humiliation, a broken heart, and her Bloody Mary-habit when she runs to the island of St. Marcos to investigate the suspicious deaths of her parents. But she trades one set of problems for another when she is bewitched by the voodoo spirit Annalise in an abandoned rainforest house and, as worlds collide, finds herself reluctantly donning her lawyer clothes again to defend her new friend Ava, who is accused of stabbing her very married Senator-boyfriend. 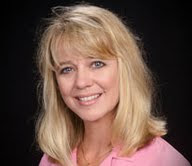 Pamela Fagan Hutchins writes award-winning mysterious women’s fiction and relationship humor books, and holds nothing back. She is known for “having it all” which really means she has a little too much of everything, but loves it: writer, mediocre endurance athlete (triathlon, marathons), wife, mom of an ADHD & Asperger’s son, five kids/step-kids, business owner, recovering employment attorney and human resources executive, investigator, consultant, and musician. Pamela lives with her husband Eric and two high school-aged kids, plus 200 pounds of pets in Houston. Their hearts are still in St. Croix, USVI, along with those of their three oldest offspring.

Her latest book is the mystery/women’s fiction, Saving Grace.