Author Interview:Secrets of a Dangerous Woman by p.m. terrell 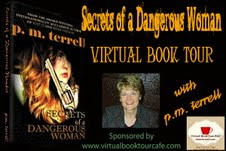 In the 1960’s during the turbulent days of the Vietnam War and the Civil Rights movement in the Deep South, my FBI father was sent to the Mississippi Delta to help break up the Ku Klux Klan and enforce civil rights. We were ostracized by many and as a result, I was very lonely. My school principal encouraged me to write and I fell into the world of make-believe. Now writing is a lifelong passion.

2. How long did it take you to write Secrets of a Dangerous Woman?

Secrets of a Dangerous Woman is my 14th release and I find that writing has become much faster and easier for me as the years go by. It took me two years to write my first suspense, Kickback. But Secrets took me less than four months. Perhaps one of the reasons I wrote it so quickly is I was under contract to produce three novels in one year. There is nothing quite as motivating as the default clause in a contract!

I have never rewritten a plot. Before I begin writing, I plan the crime to the minutest detail. However, I have gone back and fleshed out characters, added new characters, and woven in subplots that help everything come together in the end. When I wrote my first suspense, it was rewritten nine times before it was accepted. With my books today, it is written once and edited at least twice before I send it to my editors.

I always stop at the bestseller rack. I am always interested in seeing which genres are selling, the design of the book covers, and which publishers are getting their books on the bestseller lists. I am a sucker for a great romantic suspense novel so I head there next.

I am probably the slowest reader in the world so I read only a handful of books each year for pleasure. Most of the books I read are part of my research efforts. I tend to analyze books, which slows me down. For example, someone once told me Jamaica Inn by Daphne du Maurier was the scariest book she’d ever read. Of course I had to read it. About a hundred pages in, I fell asleep. I awakened at 2 am in a cold sweat. I had to turn on the light and start reading from the beginning. I wanted to know what she did to terrify me so!

Scarlett O’Hara from Gone With the Wind. Strip away the Civil War and you have a timeless story of a woman born into great wealth who expected to have everything handed to her on a silver platter. She loses everything, goes into deep poverty, and yet she perseveres. She must stare reality in the face and she must become an opportunist and pragmatist.

And I am still in love with Rhett Butler.

I see ghosts, which is why I never spend the night in old homes.

I cry every time I see a movie with a sad scene involving an animal, and I can’t watch Old Yeller.

I’m in the process of replacing every book I’ve lugged around for 50+ years with the eBook edition, which means I’m buying every author I love twice.

I don’t have just one but there are several I will read time and time again because I love them so much. Among those are The Mummy by Anne Rice and the Haunting series by Erin Quinn.

I’m contracted to write two more books in 2013. My 15th book, Dylan’s Song, will be released on St Patrick’s Day. I finished my 16th book last year so I am writing The Pendulum Files (book 17) to be released in 2014 and After the Tempest, hopefully to be released by 2015.


Secrets of a Dangerous Woman
by p.m. terrell 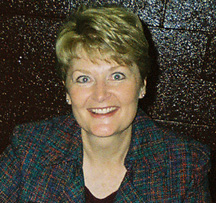 p.m.
terrell is the award-winning, internationally acclaimed author of
more than 16 books in four genres: paranormal romantic suspense,
suspense/thriller, historical adventure/suspense and non-fiction.
Vicki's Key, the second book in the Black Swamp Mysteries series, was
a finalist in the 2012 International Book Awards (one of only five in
the mystery/suspense category) and River Passage won the 2010 Best
Drama & Fiction Award. She has been a full-time writer for more
than ten years. Previously, she founded and operated two computer
companies; her clients included the CIA, Secret Service and
Department of Defense. Her work in detecting computer white collar
crime and computer intelligence inspired many of her books. She is an
avid dog lover and advocate for animal rights and founded the New
Leash on Life program in Robeson County, NC, which rescues dogs and
places them in the prison system for obedience training and adoption.
She also co-founded The Book 'Em Foundation, whose slogan is Buy a
Book and Stop a Crook; their mission is to raise awareness of the
correlation between high crime rates and high illiteracy rates. She
co-chairs the Book 'Em North Carolina Writers' Conference and Book
Fair each year in Lumberton, NC, which raises money for literacy
campaigns in our communities. 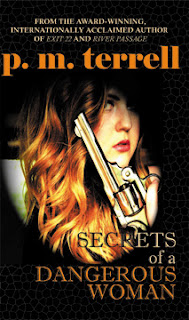 Genre:
Suspense
Publisher:
Drake Valley Press
Release
Date: September 2012
Buy:
Amazon
| Kindle
Irishman
Dylan Maguire is back in Secrets of a Dangerous Woman, reuniting with
psychic spy Vicki Boyd. In his first mission with the CIA, he must
interrogate recently captured Brenda Carnegie. But when she escapes
again, it's obvious she's had help from within the CIA's own ranks.
With Vicki Boyd's psychic assistance, Brenda is back in his custody
again. And now he must find out why some in the highest branches of
government want her dead - and others will risk everything to help
her. And when he discovers her true identity, his mission has just
become very personal.
Excerpt:
#1:
Brenda
was taller than her sister. His chest touched her back as he leaned
on the door, her hair brushing against his face and flowing downward
nearly to the top of his jeans. She smelled of Vicki’s shampoo and
Vicki’s perfume.
“Where
the bloody hell do you think you’re goin’?” Dylan said.
She
didn’t answer but continued facing the door.
“Put
the gun down, Red,” he said calmly.
“Since
you remember me,” she said, still with her back against him, “you
know I didn’t have a gun.”
“I
know that you’ve got me gun in your right hand. And I know as soon
as you turn around, that gun is goin’ to be pointed at me chest.”
“Let
me go, Irish. Don’t make me shoot you.”
“There
are two things I won’t be allowin’ to happen. First, you’re not
gonna shoot me with me own gun. And second, they won’t be catchin’
you with me gun on you. They won’t be tracin’ you back to me.”
She
remained motionless and he could almost hear her mind racing. “I’m
bad news, Irish. You and I both know it. It’s better this way.”
“It’s
better that you stay here. You’re safe here.”
“What
are you saying?”
“I
think I just said it.”
“I’m
turning around,” she said after a moment’s hesitation. “And I’m
handing you the gun.”
He
moved slightly away from the door, dropping his arms from around her
head as she turned around. He took the gun from her hand and set it
on the kitchen table beside them.
“I
wish I’d met you before Vicki did. We would have been good
together.”
His
eyes followed her jawline, her full lips, a slightly wide, upturned
nose, her high cheekbones, and a mountain of copper hair a man could
get lost in. Then his eyes moved to her perfect brows, one raised
slightly, coquettishly, before stopping to peer into her mesmerizing
amber eyes. “We would have been dangerous together.”
Giveaway
– Gift Basket of goodies from the town of Lumberton where the Black
Swamp Mysteries series is based (picture coming soon), to one lucky
commenter from tour.
a Rafflecopter giveaway
Follow The Tour 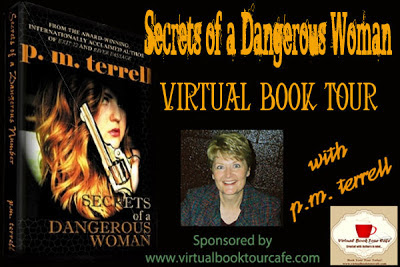