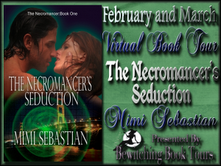 Little Blurb about yourself: A fan-girl at heart, mother, author, desert dweller who grew up in Florida and loves the ocean. Mimi is my pen name and childhood nickname. My “real” name is Noemi Ghirghi. I have a serious addiction to coffee, love to read, watch movies, and the outdoors. I lived in Brazil and the Ivory Coast and find travel and experiencing other cultures amazing.


1. Who or what inspired you to become a writer? Reading, movies, and my over-active imagination inspired me to write. Also self-expression. I have a multitude of journals going back to when I was a kid. I’ve always liked putting pen to paper or finger to key board.

2. How long did it take you to write (title of book you're promoting)? About two years.


3. While writing how many times do you go back and rewrite a plot? I don’t start a book by plotting so it changes and morphs quite a bit as I go through revisions. I do about five to six editing passes on each book. The final version contains all the same core elements: beginning, ending, and major turning points, but all the stuff in between changes a lot.

4. You run into a bookstore, where do you go first? After chasing my four year old around , Fantasy, Sci Fi, although I haven’t been in a bookstore in forever.


5. How many books in a month do you tend to read? About two, depending on the length, and comic books.

7. State 5 random facts about yourself. Love ice cream, have a crazy Amazon parrot, played electric guitar, poorly, in a garage rock band in college, once para-glided off a mountain, am a music buff.


8. Your favorite Genre? That’s a hard one! Probably romance. I really like a good nonfiction though, horror, and paranormal.


9. What are you currently reading?I tend to read two or three books at a time (!) and am currently reading Touch of the Demon by Diana Rowland; and God’s Jury: The Inquisition and the Making of the Modern World by Cullen Murphy.

10. What is the best book you've read? Oh, not fair! There are so many. Probably Dracula by Bram Stoker. He creates a wonderful, frightening, and gothic atmosphere and it’s Dracula!

11. Any new projects coming up? I’m editing book two of the Necromancer Series, titled The Necromancer’s Betrayal. I also wrote a pirate historical that I need to edit. I really want to publish that one. I love pirate stories.

A necromancer unleashes her power and reignites a legacy that threatens the entire supernatural community as well as her own soul. We have zombies, demon creatures, sexy demon warriors, all in the great city of San Francisco.

People should pick it up because the characters are awesome. I enjoy exploring the grey moral areas of my characters. They all have to make horrible choices based their allegiances to their own supernatural race and past events. And my heroine is a necromancer. She raises and controls the dead. It’s not a glamorous power, like casting spells or giving chase in stilettos. It’s rather gruesome, in fact, and I was very into exploring how she dealt with such a power. Does it twist her? Yes! Yes, I say. It's how she transcends the darkness or will she???

Noemi Ghirghi writes as Mimi Sebastian and raised herself on books and the strange and unusual with an unhealthy dose of comics and Scooby Doo. Loving angst-filled romance thrown in the mix, she decided to blend all those elements in a steamy mix in her first Urban Fantasy series, the Necromancer Books. The first book, The Necromancer’s Seduction, debuts July 15, 2013, with ImaJinn Books.

Noemi spent two years in the Ivory Coast with the Peace Corps and loves to introduce tid-bits from her experiences in her writing. She’s a member of Romance Writers of America and the Fantasy, Futuristic and Paranormal chapter of RWA. A transplant from the beaches of Florida, Noemi now wanders the desert in Phoenix, AZ, and attempts to balance writing with a day career, fantastic family, and household diva: her Amazon parrot.