Book Promo: The Color of Light by Nancy Thelen

You never know when I might play a wild card on you!


Today's Wild Card author is:
Nancy Thelen
and the book:
The Color of Light
Amazon Digital Services, Inc.
***Special thanks to Nancy Thelen for sending me a review copy.***
ABOUT THE AUTHOR: 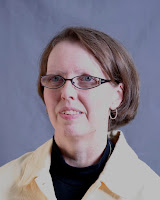 I  am a life-long resident of a small town in  Northeastern Wisconsin. I work full-time, and dedicate my spare hours to writing. I'm a member of a small country church, where I am responsible for our church library.  I am widowed, and I do not have any children. I enjoy cooking and baking, and am working diligently on down-sizing recipes to just one or two servings. I have additional books in the works for my Rivers Run Cottage Series, as well as a cookbook.

Jackie O'Reilley preferred  her tranquil life on the shores of Sunset Lake, where she could create her stained glass artwork.  Not even winning a room makeover on a popular TV show could change her mind. She asked to pay it forward to a friend who was in greater need, and was informed that her help would still be needed to complete the project. That meant working with Doug Sterling, one of the show's hosts. She would never admit to anyone that she watched every episode just to see him. But that was just a silly girl's crush on a star. He would be leaving after they were finished with the show, and she would never see him again. Or would she?


Heat waves shimmered in the air as Jackie O’Reilly and her cousin Tom finished loading the cupboard doors into Jackie’s delivery van. It was only eight o’clock in the morning, but already the day promised to be unbearable. Tom’s t-shirt sported dark areas of perspiration; his face glistened with drops of moisture.

“Drive careful today Jackie. With the fourth this coming week, there are a lot of tourists on the road.”

Jackie swiped at her forehead as she got into the van and started the engine. She switched on the air conditioning before she hopped out again and closed the door behind her to trap the cool air inside.

“I will. I need to get these delivered to the Hammer and Saw Home Center. They’re waiting for the doors so that they can get the cabinets finished. Annie called last night to let me know the contractors are ready and waiting.” Jackie reached behind her head to pull up the long thick braid of hair, and anchored it with a few well-placed pins. The hot sun turned her hair into a glowing red halo around her head, making her deep blue eyes sparkle like sapphires in her freckle-dusted face.

“I wish this heat wave would break. It’s too hot to work during the day in my shop, and I need to get in there soon. Whispering Pines will be looking for their windows for the new sanctuary, and I haven’t even started working on them yet.”

Jackie had earned quite a reputation in the area for her glass work. Just last fall she had made cabinet door-fronts for Ray and Annie Sanchez, after they had bought the old Clydesdike Cottage on the south shore of Sunset Lake. Annie and her friend, Jellie, who were starting a decorating business together, had sent one of their clients to Jackie, when the client mentioned that they were interested in special glass cabinet doors. At the same time, Whispering Pines Church had asked Jackie to clean and repair the priceless stained glass windows from their old sanctuary. They were in the process of building a new one, and the windows would hold a place of honor, the old mingling with the new.

Jackie felt truly honored to be asked to take care of the old windows. They were dull and in need of some TLC at the moment, and she couldn’t wait to get started on them. The Helping Hands organization was camped out at the site, and construction was moving along rapidly, following a late start due to a wet and rainy spring. She couldn’t afford to be the cause for any further delays.

She bent down to give Sadie a quick pat on the head before getting into the van. “You be good, and stay here with Tom and Checkers,”  she told the golden lab pup. Sadie whined softly, leaning against Tom’s bare leg as she watched Jackie get into the vehicle. “I should be back in a couple of hours, Tom. Maybe I’ll take the cruiser out, if Maggie’s back from her mail run.”

Tom reached down to ruffle Sadie’s soft fur. “We’ll be fine, won’t we Sadie girl? Checkers is inside waiting for you. It’s nice and cool inside, and there’s a dish of cold water, and a biscuit for you as well.” Sadie’s ears perked up at the word ‘biscuit’, and she did an about-face and trotted to the door of the Marina. Tom’s deep chuckle rumbled in his chest, and Jackie shook her head in mock despair.

“I see where her loyalty is at. Whoever has a biscuit is the winner.” She grinned at Tom before closing the door and heading out to Ice Bay.

The heat wafted in waves above the surface of the highway as Jackie drove to the Hammer and Saw to make her delivery. The heat and humidity had been unbearable the past two weeks, barely cooling off enough at night to allow air conditioners to take a breather. Sadie would lay stretched out on the rug near Jackie’s bed, trying to catch the cool air that the ceiling fan provided. Jackie didn’t have central air in the old cottage she lived in. None of the O’Reillys had central air, all of them relying on ceiling and floor fans to try to keep them cool. Drapes and shutters, as well as the windows, were kept closed during the day, in an attempt to keep the oppressive heat at bay. But after the last two weeks, it was getting on everybody’s nerves. Just last night Ray and Annie had paddled by the Marina in their canoe, trying to cool off on the water. Ray, who was the chief of police in Rivers Run, mentioned that tempers were flaring more easily, and people were getting testy over the simplest things, like a parking spot, or a seat at the Flip It Grill.

Keeping her van at a safe speed to insure she would reach her destination with her cargo intact, her mind drifted to her home. Jackie, along with her three sisters, had been raised by their Uncle Pepper and Aunt Josie, after their parents had abandoned them. Tom, Pepper and Josie’s only child, was like a big brother to the girls. After both Pepper and Josie had passed away, the Sun Fish Bay Marina, referred to as the Marina by the locals, and the surrounding cottages, had been willed to Tom and the four sisters. How fortunate for each of them to have been allowed to make their homes so close together. Jackie’s home was a quaint cottage with a large workshop behind it. It was there that she was able to work every day, enjoying the peace and quiet of country life. She couldn’t imagine having to live in Ice Bay, or even drive the half hour to go to a job. What else could  she possibly do, other than her glass work and rug weaving?

When Jackie turned into the Hammer and Saw Home Center’s parking lot, she saw that it was quite full already. Apparently everyone had the same idea, get your errands done early. She pulled around to the side alley leading to the loading dock, easing to a halt when she saw that it was blocked by a couple of large vans.

“Darn it, now I’m going to have to lug these into the place myself.” She blew out a deep breath, ruffling the wispy bangs that hung down her forehead. “Just great, you can fry a steak on the pavement, it’s so hot, and I’m stuck here in the parking lot.” She wheeled into a parking space as close to the front door as she could get, thumping her hand on the steering wheel in frustration. She spied a large push cart, left sitting haphazardly in another parking spot, and snagged it before anyone else could get to it. The metal handle was already hot to the touch, stinging her hands as she grabbed onto it. She maneuvered it to the back of her van, sliding it up tight to the rear bumper as she swung open the doors. Tom had helped her stack and brace the cupboard doors, which she had previously enclosed in cardboard, so that they could easily be pulled out. She didn’t like the fact that the cart didn’t have sides on it. She would have to be extra careful going over any bumps so that she didn’t jar any of the wrapped packages. She managed to load all of the pieces onto the cart without mishap before pocketing the keys for the van and swinging the cart toward the front doors.

As she bumped along, keeping a close eye on her cargo, she felt some resistance when she tried to take a step. She eased to a stop and glanced down at her favorite pair of Mickey Mouse flip-flops to see what the problem was.

“Oh for the love, can anything else possibly go wrong here?”  she muttered to herself. A large wad of gooey green gum was stuck to the bottom and side of her flip-flop, picking up sand and debris from the hot surface of the parking lot. She bent down and removed the footwear, standing on one foot while trying to scrape the mess off on the pavement.

“Maybe if I pick up enough crud from the pavement, it won’t stick so much,” she mumbled to herself. The sun was beating down on her, making her feel like a piece of fatty bacon sizzling in a pan. She slipped the flip flop back on after managing to scrape some of the goo off. Each step provided a small spray of sand and dirt against the back of her leg as she marched along, clutching the hot handle of the cart. Her tank top and jean shorts were starting to stick to her. All in all, the quick, cool shower she had taken this morning seemed like a waste of time and water right about now.

Six more feet to the front door of the center, and she would feel the blessed relief of an air conditioned building. She carefully swung the cart around the hand rail and through the automatic doors. She would stop at the first checkout and see if she could do something with her flip flop. At the rate she was going, the back of her leg would soon look like she had painted it with that paint textured with sand that everyone was crazy about.

As the doors swung open and she pushed her cart inside the building, lights flashed in her eyes and waves of applause reached her ears. The lights startled her, causing her to swing the cart over to one side, bumping an empty shopping cart someone had left parked where it didn’t belong.