Author Guest Blog -Photos and Poems and Quotes, Oh My!: How Other Creative Works Can Add to Your Writing by Madeline Sharples (WOW Book Tour)

Photos and Poems and Quotes, Oh My!: How Other Creative Works Can Add to Your Writing

One of the first reviewers of my memoir, Leaving the Hall Light On, said, “….The poetry and photographs add an extra dimension that is missing from most memoirs like this since as a reader you get much closer to the reality of what is being described on the page….” (Mark Shelmerdine, CEO, Jeffers Press). Another reviewer said my book is “poetically visceral.” Those statements helped validate any misgivings I had in adding other creative works into my manuscript.

I really hadn’t thought of putting photos in my book until my publisher, Janice Phelps-Williams of Lucky Press LLC suggested it. And of course I was delighted. At first she suggested photos interspersed within the chapters, but my book didn’t lend itself to that. So I picked out photos in groups: of my son Paul – the main subject of the book, of him and his brother, family photos, views of my office, garden, and one of the memorials to Paul – a bench dedicated to him on the greenbelt outside our home. At the time I had no idea what an impact these photos would have on the message of the book. However, I am currently reading Keith Richard’s memoir, Life. It has two photo sections. And I keep going back to these photos as I get to know more about the characters in his book.

Inserting my poems was another story. I never even considered leaving them out. They were instrumental in my book’s organization. I had journal entries and other writings to draw from and a poetry manuscript, and I arranged my book’s chapters according the order of the poems in my poetry manuscript. However, I still worried about what others would think. So many agents state that they don’t look at poetry. A memoir workshop instructor wasn’t keen on the idea. However, one of the people who had read my poems several years ago now says he can relate to them better because of their context in the story. The bottom line is: I was fortunate to find a publisher who not only liked the poems I initially had in the book, but asked for more.

Because I collect quotes – I usually note them down when I read and continually post them on my Facebook author page – I decided to insert three quotes in my book– two from books and one from a song. And that turned out to be the biggest problem in finally getting my book to print. Since I felt they were integral to my story I was adamant, but it took months to get the necessary permissions (see my Red Room blog posts dated September 15, September 29, and November 13, 2010 - http://www.redroom.com/member-blog/madeline40/). The main lesson is: if you want to include other authors’ words in your book, start getting permission early.
All in all I felt it was well worth the extra time it took to include other works in my memoir. My writing is very personal and I feel the photos, poems, and quotes helped deepen the personal message of my words.

Leaving the Hall Light On: A Mother’s Memoir of Living with Her Son’s Bipolar
Disorder and Surviving His Suicide
by Madeline Sharples
Hardcover Release: May 2011
Lucky Press LLC

Leaving the Hall Light On is about living after loss. It's about finding peace and balance and various ways the author, Madeline Sharples, brought herself together after feeling so helpless and out of control during her son Paul's seven-year struggle with bipolar disorder and after his suicide in September 1999. Sharples explains: "I write about the steps I took in living with the loss of my son, including making use of diversions to help ease my grief. Leaving the Hall Light On is also about the milestones I met toward living a full life without him: packing and giving away his clothes, demolishing and redoing the scene of his death, cataloging and packing away all his records and books, copying all of his
original music compositions onto CDs, digitizing all of our family photos, and gutting his room and turning it into my office and sanctuary with a bay window that looks out toward a lush garden and a bubbling water fountain."

The author's book shares several aspects of her son's illness and how she and her
husband, and their other son, Ben, survived Paul's suicide, as it:
1) describes the frustration, anger, and guilt of trying to care for an adult child with mental illness
2) gives mothers and fathers who have experienced a child's death ways to get out of the deep dark hole they are in,
3) tells people the realities of mental illness,
4) describes the steps Sharples took in living with this loss; the first and foremost that she chose to live and go on with life and take care of herself as a woman, wife, mother,writer, and
5) shows readers that grief is love in action. To let ourselves grieve is to feel the depth of our love for as long as it takes. For those of us whose children have died, that may take the rest of our lives, but we will discover the gifts of our loss in the process. 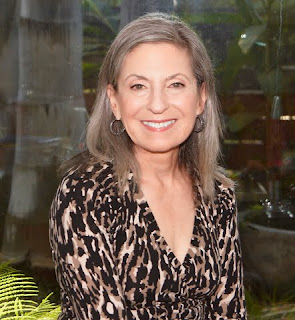 Although Madeline Sharples fell in love with poetry and creative writing
in grade school and studied journalism in college, her professional life
focused on technical writing. It was not until later in life that she finally
pursued her dream of being a professional writer.
Madeline co-authored Blue-Collar Women: Trailblazing Women Take
on Men-Only Jobs (New Horizon Press, 1994) and co-edited The Great
American Poetry Show, Volumes 1 (Muse Media, 2004) and 2 (August
2010). Her poems have been published in two photography books The
Emerging Goddess, and Intimacy (Paul Blieden, photographer), and a
number of magazines. Visit her website