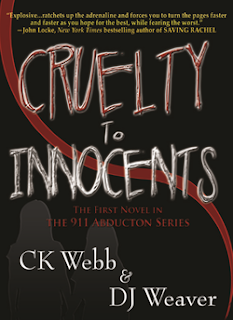 CK. It just sort of hit me out of the blue and we tossed the idea around and molded it until we had a solid concept for Cruelty To Innocents. The other books in the Innocents series fell in to place as the storyline and characters developed in book one. We have about 12 novels waiting in the wings that are started or have outlines ready…I am a bit of an ’idea machine’.

CK. The hardest part of writing is putting writing ahead of other things at times (family, friends, activities) The easiest part for me is definitely coming up with the novel concepts and story development.

DJ. Coming up with ideas to write about. Luckily, CK is awesome at this. The easiest for me is coming up with side stories to enrich the premise and also, giving the characters their ‘flesh’…giving them character traits and personalities.

CK. Book two in the Innocents series, Collecting Innocents is in the edit stage and we are hoping for a release before the end of the year with book three, Avenging Innocents waiting for us.

DJ. We have several outlines in our files and two books that have been started so there well be a lot of stories coming out over time.

CK. We picked the thriller genre first because it was our first idea and the premise behind Cruelty To Innocents was so original. We are waiting to wrap up the Innocents series and we will be venturing into other genres including Young Adult, horror and even paranormal.

DJ. Thrillers are what we read the most and naturally what we like in movies, so it was just a normal progression.

CK. It was great before the book came out and now it is even better hearing how much the readers are enjoying Cruelty To Innocents and seeing the wonderful reviews.

DJ. Fantastic…unbelievable. We hoped our novel would be well received and we are so, so glad that people are liking the premise.

CK. Why do you describe yourself as a ‘reformed bad girl’ in your author bio?
I spent a lot of years being really bad and only decided to grow up about four years ago!

DJ. Question: If you could have anything in the world, what would it be? Answer: World Peace! ;-))

CK. It was paved with a lot of growing pains. We went with the first Literary agency that showed interest in us, which proved to be a huge mistake. We got back on track, learned a ton then signed with Suspense Publishing and things have pretty incredible since then.

DJ. A bit rocky…we originally signed with an agency but it didn’t really work out…lack of interest on their part. Over a period of two years, we debated about what to do next. Then we started reviewing for Suspense Publishing and they helped us shine up our book and get it ready for publication. They were so nice that we decided to sign a contract with them for CRUELTY. 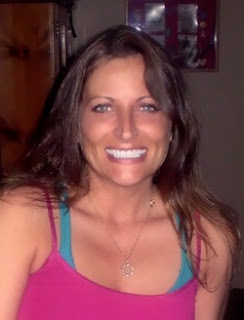 CK Webb
CK Webb was born and raised in Mississippi, and dreamed of writing like the greats; Emily Bronte, Edgar Allen Poe, and Stephen King, to name a few. CK joined the US Navy and traveled the world, but eventually returned to settle down in the tiny town of Millport, Alabama. A self-proclaimed ‘reformed bad girl’, this thirty-something writer now shares her life with her husband and two beautiful children. CK also enjoys spending time with her friends, family, and book club. Although CK delights in preying on the fears of others and enjoys killing people…thankfully she does it the legal way; in her novels. She has just completed the first two novels in the 'Innocents' series which she co-wrote with her best-friend and mother, DJ Weaver. CK writes in a variety of other genres and also writes articles and book reviews for Suspense Magazine. 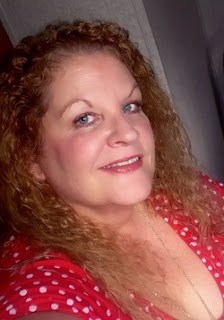 DJ Weaver originally hails from Pascagoula Mississippi, but relocated to north Mississippi in 1980. She took courses at Mississippi University for Woman and Mississippi State University, studying paralegalism and Human Resources Management and has worked in the clerical field for twenty-five years.
DJ, along with her daughter and best friend, CK Webb, recently completed the first two in the three-novel Innocents series. She also writes in a variety of other genres.

When she isn‘t writing, DJ develops and maintains WebbWeaver Review blog, where she reviews books and interviews published authors regularly. She serves as co-chairwoman of WebbWeaver Book Club and also writes book reviews for Suspense Magazine.DJ is a 50-something year old mother and grandmother who now works part-time and makes her home in Millport Alabama.

Check out more about the book at their webpage The Innocents


1. Please leave a comment on this post in appreciation of the author.
2. Please fill out the form below.