Guest Post – Train to Nowhere: Inside an Immigrant Death Investigations by Colleen Krantz 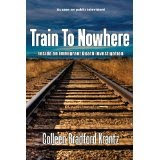 I was a newspaper reporter in the Midwest when the bodies of eleven undocumented immigrants were found in a locked railcar. Although I didn’t cover the story then, it was something that stuck with me – I kept wondering what they had endured inside. As I started researching the story several years later, the details and people behind the case drew me in even more. I have learned to pay attention to these kinds of nagging thoughts; if there’s something I wonder about, others might also.

The hardest part for me is finding a long stretch of time in which to write. I stay home with my young children during the day so try to squeeze writing in when I can during the day or in the evenings. The kids don’t think mom should be on the computer when they are ready to play. The easiest part of writing for me is finding ideas. My years as a reporter got me in the habit of keying in on possible writing topics, even when just chatting with my friends (who are probably sick of hearing, "Hey, that would be a great book/documentary.") Still, you have to figure out which topic you can live with for a year or more. That's more difficult.

I’m in the early stages of researching and raising money for a possible documentary/book project related to agriculture and the changes in that world. I specifically want to look at how consumers’ demands – how we choose to eat – often sets the direction for agriculture. So many decisions on farms are set in motion by the choices we make at the grocery stores. I also want those unfamiliar with farm life to better understand it, but I want to convey that in a fun manner.

Nonfiction is a natural for me, having come from the newspaper world. I find stories in the real world fascinating, and am familiar with doing the in-depth research and document digging that comes with tying in to one particular case.

I love that people are pre-ordering the book. I would find it a little intimidating sending the book out in the world if we hadn't already had such great feedback from those who watched the companion documentary, and from the first readers. Author David Laskin, author of "The Children's Blizzard," wrote a very kind critique, saying "this searing book" belongs on the desks of anyone in a position to decide on the immigration issue. That, of course, is great to hear.

Ideal question: What are your thoughts on the media today? Answer: I get tired of hearing blanket statements about journalists doing shabby work. There are good and bad journalists just as in every profession. However, I am bothered by what I feel is a growing trend among media toward slanted reporting. I worry the public is reinforcing this by selecting media outlets that reinforce their conservative or liberal viewpoints. The long term danger, of course, is less understanding and less tolerance of other viewpoints. No one can entirely distance themselves from their bias but we messengers need to at least make a genuine effort to do so. And if you don't, label your work as commentary.

We had some interest with the first round of publishers but none ultimately took the book. Most said they found the story compelling but weren't sure readers would give an "immigrant tragedy" a chance. Worried about wasting my research if the book didn't sell, I looked into the possibility of doing a documentary. We had started filming when a publisher heard about it as we were getting early publicity and asked if the book was still available. Ice Cube Press ended up taking the book, and has been great to work with.
---------- 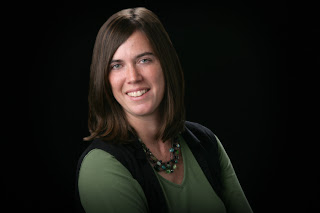 Colleen Bradford Krantz’s book, “Train to Nowhere; Inside an Immigrant Death Investigation,” is being released this month. This is Day 4 of her week-long “blog tour.” Join her next at the radio program, "Writers' Voices Train to Nowhere" can be purchased at IceCubePress or on Amazon. Learn more at Colleen Bradford Krantz or follow Colleen on Twitter @bradfordkrantz
Posted by SueFitz at 12:01 AM