Describe your book Sarah, Son of God in five words or less.

Travel, mostly. I’ve had some fantastic experiences in Cairo, Luxor, Rome, Venice, Jerusalem, Berlin. The lure to spin a story to fit those places is irresistible. You stop being a tourist and you let the details, the sounds, smells, subliminal effects seep into your brain. You’re in Jerusalem and you imagine being a crusader, you’re in Venice, being pursued by the Inquisition, in Rome, falling in love while the Sistine Chapel is being painted, in Berlin, watching the ‘million man’ marches of young Nazis. Those broodings in foreign places turn into novels.

What is the hardest part of writing for you? What's the easiest?
The hardest part is writing the love scenes. It is much too easy to fall into clichés, since there are millions of love scenes already written (some of them absolutely dreadful), and it is a real test of one’s skill to tell it in new language. And with lesbian love scenes, you have to find new ways to describe the moves that every reader already knows.

The easiest part is going to one of the world’s great cities and wandering around for a few days or a week thinking “My character could live in this house, walk down this street, be attacked by that vendor, fall into that canal, be in love with that face in the window….” and then scribbling it all down.

I just finished the first draft of Tyger Tyger Burning Bright. Falling in love while running away from Nazis. Actually, I was struck by the power of Leni Riefenstahl’s propaganda masterpiece, Triumph of the Will, and decided to revisit the experience of Nazism from inside Germany. My characters are a naïve would-be Nazi, a spy, a gay man sent to a concentration camp and a half Jew engaged in sabotage. Fortunately I can read German because the research has been considerable. It is dedicated to three British women who were spies who were captured and died in Ravensbrück concentration camp.

It takes at least a year of daily writing/research to produce a novel, so I’ve got to find a setting where I want to live in my head for all that time. The only places that hold my attention that long are the great cities and the great historical events. So I ended up being a historical LGBT fiction writer.

It’ s what keeps me going. Unlike some writers, who write what they ‘feel inside’ I write very much for my readers. I constantly think, How can I surprise them here? or What will make them look up from the page and say “wow!” ? Knowing I have readers waiting keeps me on my toes.

I like the question: “Which of your characters do you most identify with?”

My Answer would be: all of them as I am writing them. This lets me live a hundred ways. I get to fall in love over and over again, go to exotic places, get chased by seriously bad guys, BE a seriously bad guy, be heroic, be dastardly. I have lots of sex, commit murder, AM murdered, meet Egyptian gods, travel with Bedouins, fight at Stalingrad, sing opera, get tortured by the Inquisition, watch Hitler die, and witness the crucifixion. What’s not to love?

I published a lot as a college professor. You know, scholarly articles that maybe twelve people read, a literary critical book that maybe twenty university libraries bought. So I knew how to write. But it didn’t start being fun until I wrote fiction. Of course, then I endured the same travails that most other writers do, lots of rejections until the final acceptance came. But every rejection gave me a better focus on what the market wants. Now, at Bold Strokes Books, I feel I have my readership and my voice. The only obligation I have now is to keep spinning stories that will enthrall the readers.

Ideally, I should also go to the bookfests and conferences, but living in Europe, I only make it to the US once a year. That is for the Palm Springs bookfest in March. Otherwise I am visible only virtually, through my website -- I look forward to meeting people there. 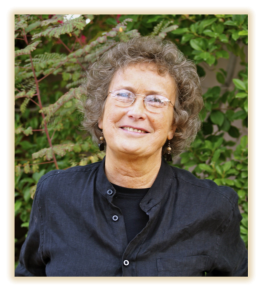 After multiple careers as university professor, opera manager, and editor, Justine Saracen began writing fiction full time. Trips to the Middle East inspired the Ibis Prophecy books, which move from Ancient Egyptian theology to the Crusades. The playful first novel, The 100th Generation, was a finalist in the Queerlit Competition and the Ann Bannon Reader’s Choice award. The sequel, 2007 Lammy nominated Vulture’s Kiss, focuses on the first crusade and vividly dramatizes the dangers of militant religion.

The writer then moved her literary spotlight up a few centuries, to the Renaissance and a few kilometers to the north, to Rome. Sistine Heresy, winner of a 2009 Independent Publisher’s Award, conjures up a thoroughly blasphemic backstory to Michelangelo’s Sistine Chapel frescoes and immediately sold out at the 2009 Palm Springs Lesbian Book Festival.

Mephisto Aria, in contrast, deals with devilish things, in a WWII thriller that has one eye on the Faust story and the other on the world of opera. In Berlin, staggering toward recovery after WWII, a Russian soldier passes on his brilliance, but also his mortal guilt, to his opera singer daughter. The novel was a finalist in the EPIC award competition and won Rainbow awards in two categories: Best Historical Novel and Best Writing Style.

Lest anyone think that Saracen is done confronting religion, her newest work, Sarah, Son of God, is about a transvestite in Venice who meets the terrors of the Inquisition and finds out something important -- one might almost say appalling -- about God.

Sarah, Son of God, addresses the two issues of religion and transgenderism. In a tour de force of narration, the story within a story sends us spiraling back to Stonewall New York, Venice of the Inquisition, and Rome at the time of the Crucifixion.

Tyger, Tyger, Burning Bright, her work in progress, places us alongside Leni Riefenstahl, filmmaker of the Third Reich, and follows the desperate lives of collaboraters, spies, and homosexual lovers in Nazi Germany

Saracen, who speaks German and French, lives in Brussels, a short flight or train ride to the great cities she loves to write about. Her favorite non-literary pursuits are scuba-diving and listening to opera.