WELCOME TO THE CYBER MONDAY SALE BLAST!
Click on any of the below book covers to be taken to the page that has more information on the novel as well as the Buy Links! 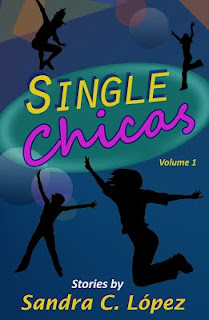 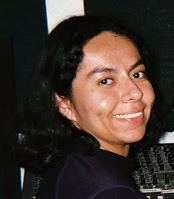 
Lost track of my numbers so starting over in 2016.


Reading Challenge Sign up
Always looking for new ones – any suggestions? A companion picture book to Gerald Hawksley's Silly Monsters ABC.
Count along with silly monsters from one sniffly grumpwuzzle to twenty silly bumblerabbits.

Mine: A fun way to count to 20 with silly monster names : bumblerabbits, moppleheads, and socksnafflers.

A book not to be read fast as some of the names are real tongue twisters, but they are fun names

Today we are celebrating a sale of THERE IS NO LIGHT IN DARKNESS by Claire Contreras! This is the first book in her Darkness series and it should not be missed! If you haven't had a chance to read this series yet, now is the time to pick it up. It will only be on sale for a few days. Be sure to check out the buy links for it, and the second book in the series, below.

THERE IS NO LIGHT IN DARKNESS by Claire Contreras

A past hidden in darkness. Her present cloaked in secrets. The future holds the only truth that cannot be escaped.

After the mysterious and violent death of her parents, Blake Brennan finds comfort with an unconventional family. As the dramatic loss of her parents continues to haunt her—and hinders her from reciprocating love that others give freely—Blake embarks on a harrowing journey in search for the truth.

Living in a constant state of fear and need for control, vivid nightmares reveal details that lead to perilous situations. The past begins to collide with the present, and Blake must decide if the truth is worth losing the ones she loves.

Can love conquer all as her past comes to light? Or will Blake realize that there is no light in darkness?

Is love ever enough?

Faced with obstacles she could have never imagined, Blake is brought to darkness and back by forces in her past she never knew existed.

Desperate to stay connected to the only thing he loves, Cole is forced to revisit his past and align himself with the people who knew about Blake’s disappearance.

Separation has forced both Blake and Cole to learn how to live under the worst circumstances, each of them alone in their own hell.

When they reunite, can they be the same two people they were before darkness swept upon them?

Told in separate points of view, Darkness Before Dawn is the continuation of Blake and Cole’s fight to make it to the light.

She lives in Miami, Fl with her husband, two adorable boys, three bulldogs, and two stray cats that she refuses to admit are hers (even though they live on her porch, she named them, and continues to feed them). When she's not writing, she's usually lost in a book.