Cover Reveal : BEFORE THAT NIGHT and HIS TO LOVE by Violet Duke

We are very excited to share the first 2 covers to the BRAND NEW Unfinished Love series.
Each fighting for their second first chance at love.
Years be damned.
A compelling new series from New York Times bestselling author Violet Duke. 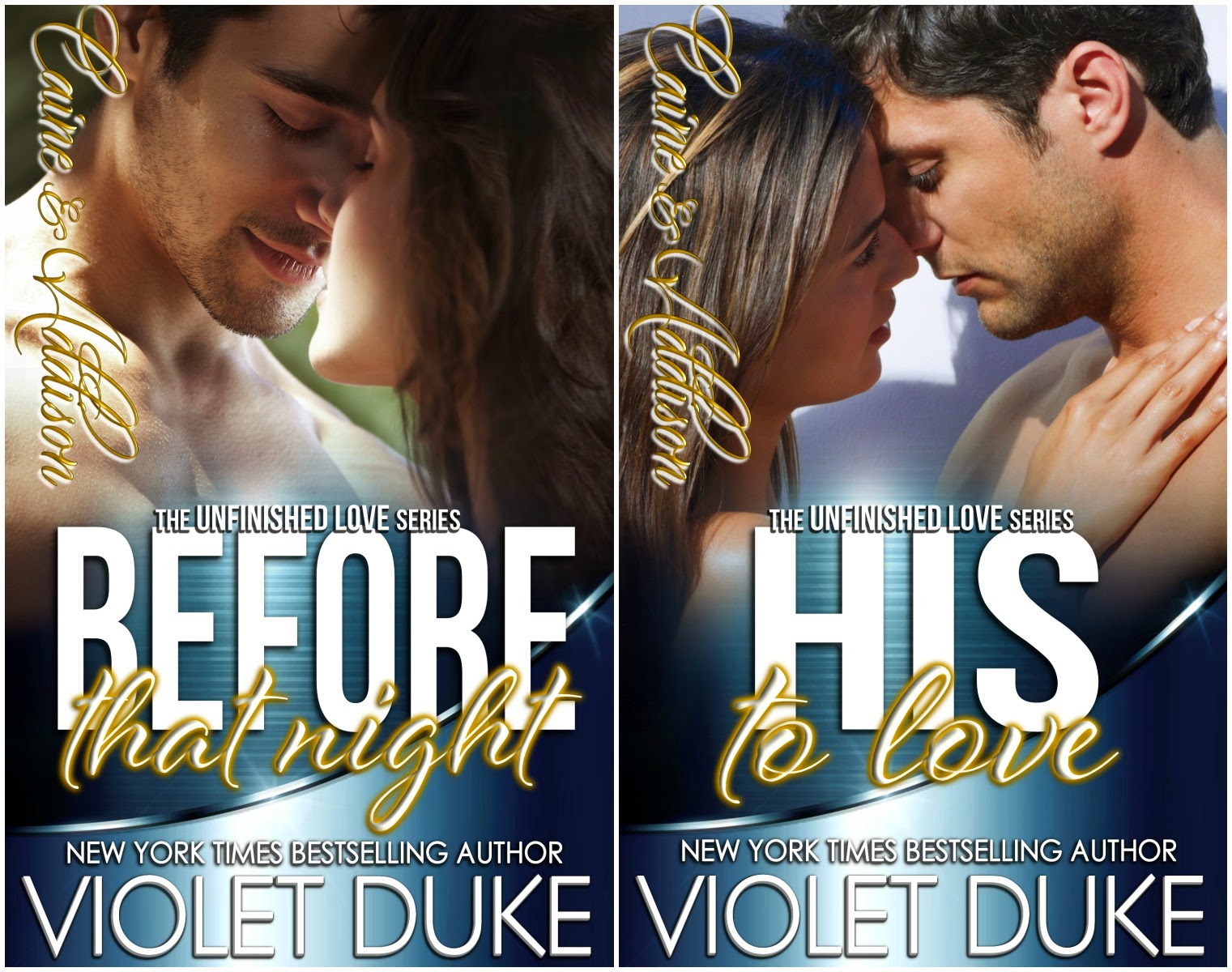 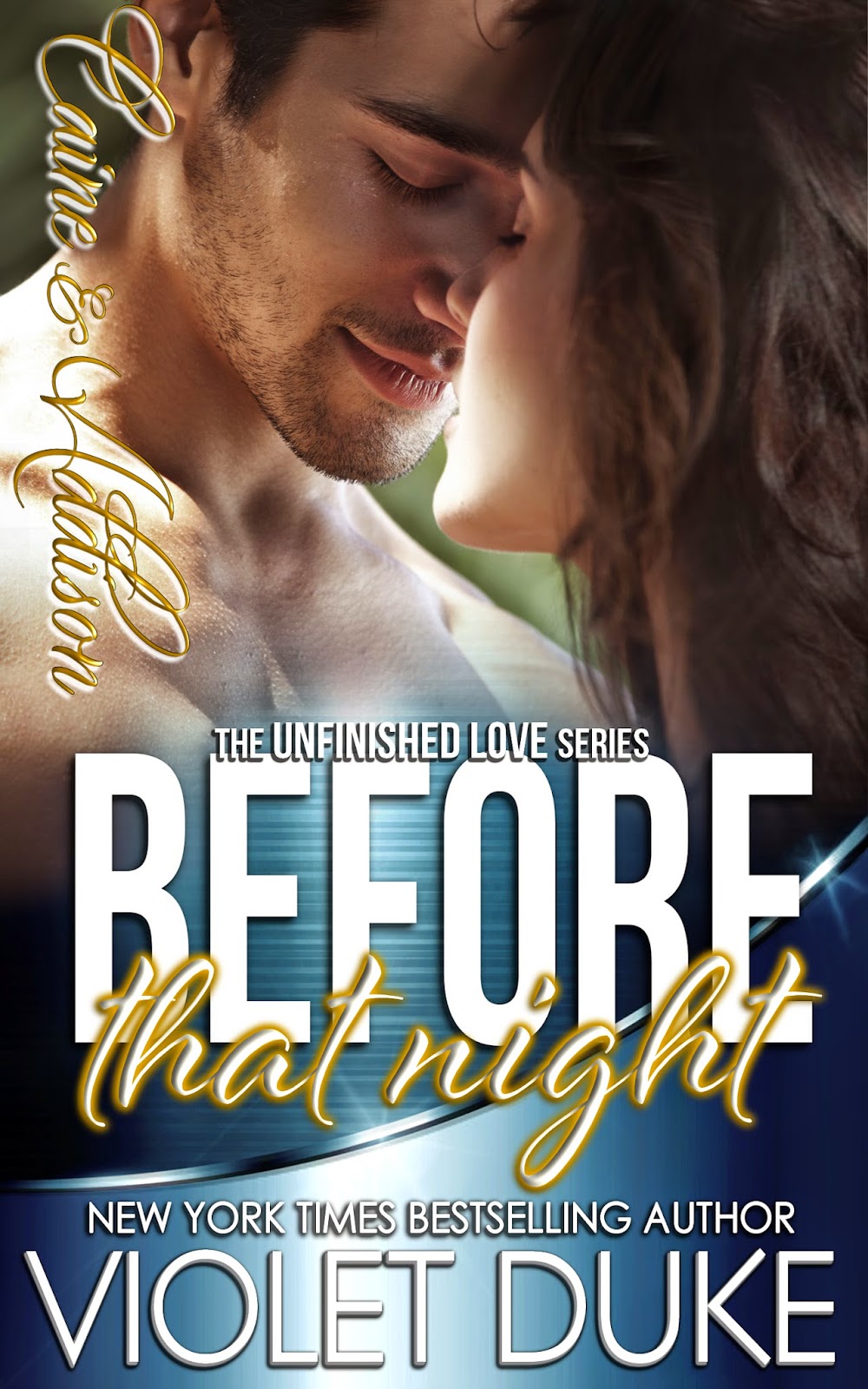 Before that night, Addison Millan had been just a
college dropout secretly raising her two young siblings in a beat-up minivan
she’d bought with her first semester’s tuition refund—the only money her addict
mother hadn’t taken off with when she’d abandoned them the year prior.
Before that night, Caine Spencer had been just a
rough, gruff cop sent to check out the phoned-in claims of suspected child
neglect involving the same woman he’d met a month ago when she’d first served
him the city’s worst diner coffee...which he’d been drinking daily ever since.
Before that night, Addison would never have thought
the man she’d been fighting hard not to fall for—her only friend in her new
shadow of a life—would be in a position to rip her family apart.
Before that night, Caine would never have believed
any woman could make him fall head over heels, let alone make him feel so damn
compelled to look the other way when it came to his job.
Then that one perfect night changed everything.
ADD TO GOODREADS 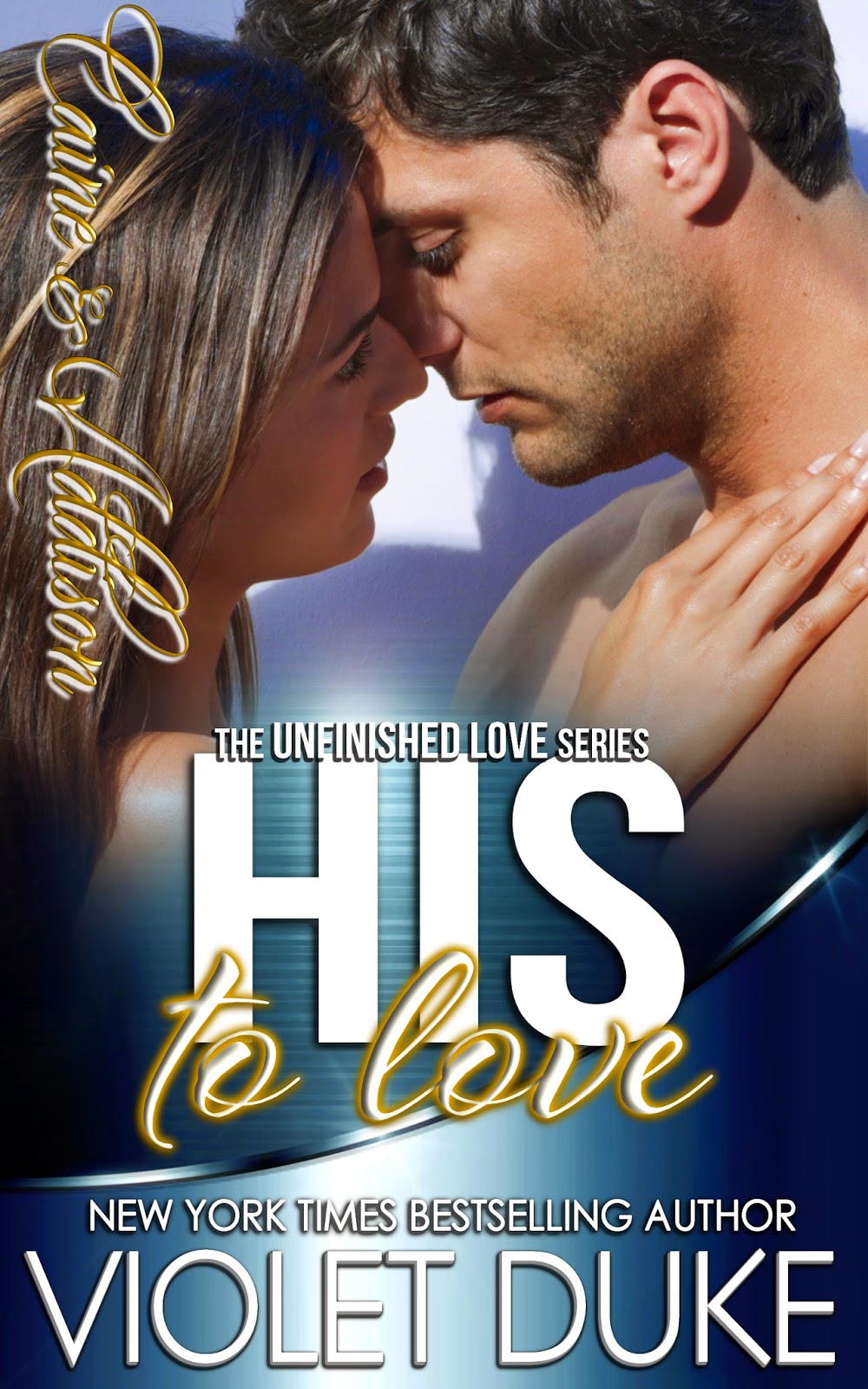 Seven years.
Seven damn years of wondering whether the woman was still
alive…whether she’d spent the last two thousand five hundred fifty five days
wondering if he was still alive.
Wondering whether that night was as burned into
her memory as it was his.
Seven years having his heart tethered to Addison—and now she’s
back. With even more reasons to run than she’d had then.
This time, Caine isn’t letting the gorgeous little flight risk
out of his sight.
Regardless of how noble her reasons may be.
BEFORE THAT NIGHT (Book 1) chronicles the destiny-altering
events that take place seven years prior to HIS TO LOVE (Book
2), Caine & Addison’s explosive story of love, sacrifice, and the lengths
one will run—and chase—when their past threatens their future.
ADD TO GOODREADS
The UNFINISHED LOVE Series
Four Spencer brothers.
Each fighting for their second first chance at
love.
Years be damned.
A compelling new series from New York
Times bestselling author Violet Duke.
(Caine & Addison) – Summer 2015
-- Book 1: Before That Night
-- Book 2: His to Love
(Gabe & Hannah) – Fall 2015
-- Book 3: Before That Kiss
-- Book 4: His to Hold
(Drew & Skylar) – Winter 2015
-- Book 5: Before That Promise
-- Book 6: His to Keep
(Max & Kennedy) – Spring 2016
-- Book 7: Before That Chance
-- Book 8: His to Protect

NEW YORK TIMES & USA TODAY bestselling author Violet Duke is a
former professor of English Education who is ecstatic to now be on the other
side of the page writing wickedly fun contemporary romance novels. Her NYT and
USA Today bestselling books have been Top 10 bestsellers across the major
eretailers both in the US and internationally. When she's not writing or
feeding her book-a-day reading addiction, Violet enjoys tackling reno projects
with her power tools, trying pretty much anything without reading the
directions first, and cooking 'special edition' dishes that laugh in the face
of recipes. A born and raised island girl, she spends her days getting into
creatively fun trouble in Hawai'i alongside her two cute kids (daughter Violet
& son Duke) and similarly adorable husband.
Find the latest on her books and fan giveaways at www.facebook.com/VioletDukeBooks