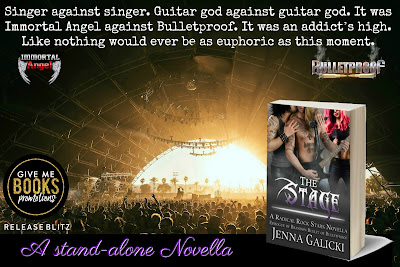 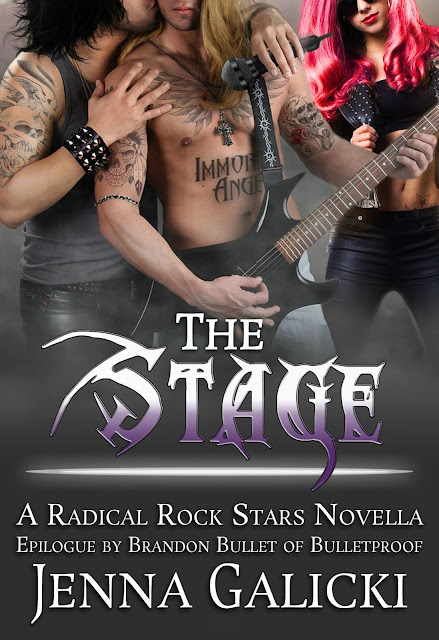 Even rock
stars get star-struck. Meeting heavy metal icon Brandon Bullet is a dream come
true for Tommy Blade. When Immortal Angel decides to add Tommy’s rock star idol
as a guest singer to their set at the Get Rocked Festival, sparks fly and egos
collide.
Angel
Garcia, Immortal Angel’s flashy frontman, isn’t happy about sharing the
spotlight or Tommy’s attention. That all changes once Angel has a mind-blowing
rehearsal with the charismatic lead singer of Bulletproof.
The sexual
chemistry on stage between Angel and Brandon is something Tommy never counted
on. Now he’s forced to watch his husband and his idol strut on stage together
and share a connection that, up until now, only he and Angel shared. Now, the
guest appearance by Tommy’s rock star idol just lost most of its appeal.
Commissioned
to design custom-made rock and roll attire, even Angel and Tommy’s wife Jessi
gets one-on-one time with Brandon Bullet.

Taking a
back seat wasn’t on the agenda. Add Angel and Brandon’s secret rehearsals
together, and Tommy is left in the shadows wondering exactly what’s going on
between the two.
Like
everything else in Tommy’s life, it all unfolds on stage.
Epilogue by
Brandon Bullet of Bulletproof. 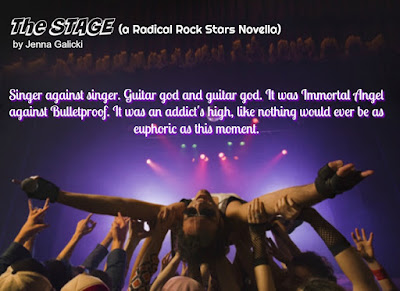 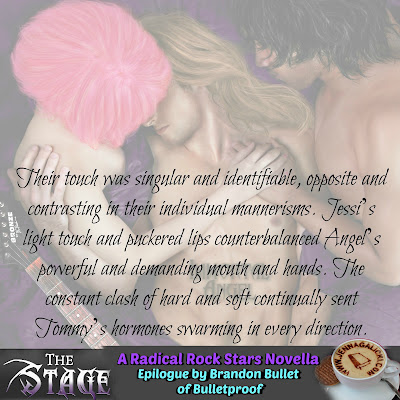 Excerpt
Jessi froze
the moment she spotted Tommy and Brandon at the other end of the room. She took
hold of Angel’s arm with both hands, her jaw slightly open and her eyes glued
on Tommy and Brandon. “What am I looking at?”
Angel
stiffened at her obvious attraction. “That’s Brandon Bullet.”
“Why didn’t
you tell me he was a mirror image of Tommy?”
There was
an obvious similarity. Both had long blond hair and piercing blue eyes, but
Brandon was a few inches taller than Tommy, and his shoulders and chest were
broader. And he had a scruffy jaw and wild wavy hair, whereas Tommy was mostly
clean shaven and had soft flowing tresses. “They’re hardly mirror images.
Tommy’s an Adonis. Brandon looks like James Hetfield from the eighties.”
Considering how much Tommy loved Metallica, the comparison made Angel’s gut
tighten.
“You say
that like it’s a bad thing.” She smiled and her eyes flashed with playfulness.
“There should be a law against this much sexiness in one room.”
“You too?”
Now Jessi was infatuated with Bulletproof’s lead singer, too. Is there no end
to that man’s allure?
“You’re
included in the sexiness.” She looped her arm through Angel’s and started to
lead them toward the two blond rock stars, but Angel didn’t budge. “What’s
wrong?” she asked.
Angel
cupped her face in the palm of his hands. He looked deep into her eyes, hoping
she’d understand what was in his heart, rather than force him to verbalize
feelings he didn’t know how to put into words.
She tilted
her head slightly. “What are you worried about?”
“It’s bad
enough Tommy is overwhelmed by him. I don’t want you to be, too.” He kissed her
with a possessive force that was unexpected. They were in a room full of gay
men, yet he needed to claim her.
Jessi’s
knees buckled slightly, and she hung onto his wrists. When Angel pulled back,
she exhaled a deep breath. “What was that for?”
“Do I need
a reason to kiss my wife?”
“Never.”
She displayed an inviting smile. “Do you want to kiss me again?”
“I always
want to kiss you again.” This time he only placed a small peck on her lips. Otherwise,
God knows what they’d end up doing. 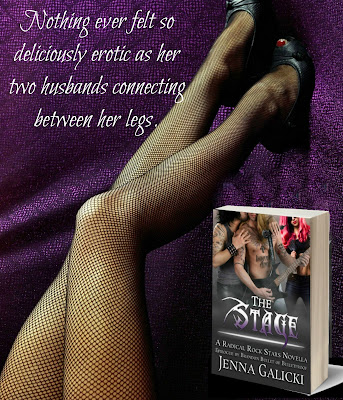 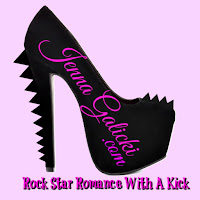 Jenna Galicki writes in multiple genres including m/m/f, m/f, and m/m. She is predominantly known for her Radical Rock Stars Series. The Prince of Punk Rock (Radical Rock Stars Book 1) was a finalist in the 2015 Bisexual Book Awards.
A native New Yorker, she now resides in Southern California. She's a Rottweiler enthusiast and an avid music buff. When she's not hunched over a computer, you can find her front row at a rock concert.
Author Links
WEBSITE
FACEBOOK PROFILE 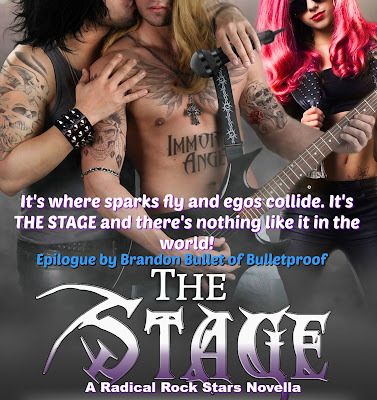