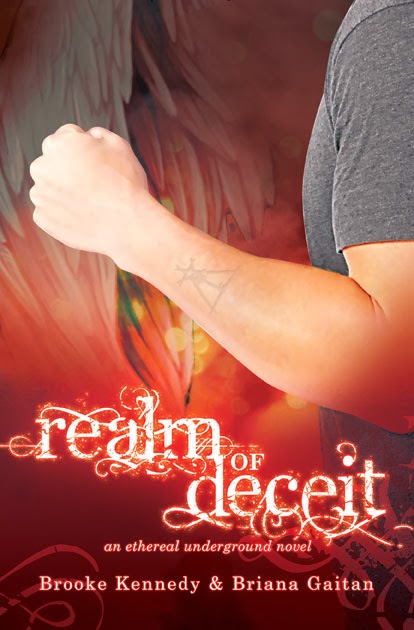 He thought that she would stay by his side forever…

Now a friend is missing….
They thought the seer’s words were just that…words
But not all is as it seems….
Months later, Ash and Annalise have both returned to their separate lives after
their adventure in the forbidden layer of Cabalin, Both of them are struggling
to move on with their lives. Fighting has kept Ash busy for the most part, but
it allows him to release his frustrations and earn some gems to survive. He
thought renouncing the keepers would free him, but he ended up losing his way.
Annalise is plagued by nightmares and emotions that are even more out of
control than before. She is desperate for an answer, desperate for a way out,
until the Elders offer her exactly what she needs: a way to break the bond with
Ash in return for her compliance with their own mission.

Book One in this series:

About the Authors
Brooke Kennedy and
Briana Gaitan are southern natives, self-proclaimed geeks, and have been
writing together for over 10 years! They have written short stories,
fan-fictions, novels, and plays both together and separately. They are avid
fans and writers of supernatural, sci-fi, fantasy, and romance novels.
One of their goals is to write stories where there are no limits to the
imagination, giving you something new and fresh each time.
Briana enjoys books,
shopping, fashion, adventures and has spent countless hours dreaming of a life
in space. She finds time to write in between hanging out with her three
children and her husband, as well as finishing up a degree in marketing.

Brooke enjoys music,
books, family & friends, and spending time with her husband and incredibly
entertaining guinea pig.  She has obtained a bachelor’s degree in
psychology and a master’s in mental health counseling from Tennessee
Technological University.