Lost track of my numbers so starting over in 2016.


Books Reviewed
An Armadillo in New York by Julie Kraulis 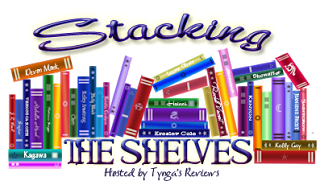 Stacking The Shelves is all about sharing the books you are adding to your shelves, may it be physical or virtual. This means you can include books you buy in physical store or online, books you borrow from friends or the library, review books, gifts and of course ebooks!

If you want to find out more about Stacking The Shelves, please visit the official launch page!