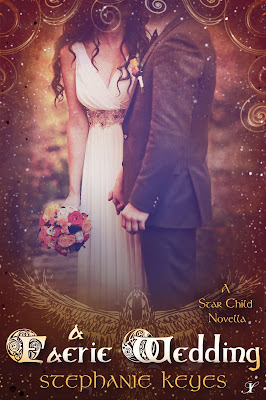 
Gabe Stewart has everything he ever wanted. Mortal Earth is safe. He’s a super-hero Protector whose best friend is within telepathic shouting distance. And then there’s his soul-mate, Singer. He knew right away she was the one he’d been waiting for.
But Gabe’s world shatters when Singer professes she doesn’t love him. On top of that, his mother admits she’s been messing with his memory making him doubt everything he’s ever known. And just when it seems things can’t get any worse, his best friend in the whole freaking world, Kellen St. James, wants Gabe to stop being his Protector. Being a Protector is who Gabe is. What will happen if he’s not standing between the prince and danger?
When the man who’s sacrificed his freedom is faced with life alone, which path will he choose? Will he remain the last Protector? Or will he finally get the happy ending he deserves?
*A Faerie Wedding is a companion novella--intended to be read after the other books in the series. It is a New Adult novella and features adult language and situations.

About the Author
Stephanie Keyes is the author of the YA Fantasy series, The Star Child, which includes The Star Child, After Faerie, The Fallen Stars, The Star Catcher, and The Last Protector. The Boy In The Trees, part of the Blood In The Shadows anthology, released in November 2015. The Star Catcher won first place in the 2014 Dante Rossetti Young Adult Novel Awards—Mythological Category. The Star Child was a finalist in the 2015 BTS Magazine Reader's Choice Awards. Keyes was also selected as a 2015 Rutgers University One-On-One Plus Conference mentee. She's an active member of SCBWI.Steph lives in Pittsburgh, Pennsylvania with Mr. Keyes, her boys, Hip-Hop and Bam-Bam, and dogs Duncan MacLeod and Princess Riley. Steph is a hopeless romantic and Whovian who's shamelessly addicted to Nutella and spontaneous singing.
Author Links:
Website│Goodreads│Twitter│Facebook│Tumblr│Instagram
GIVEAWAY: 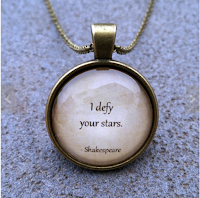