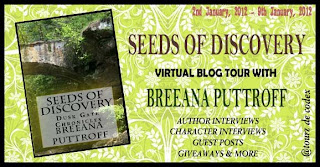 Here is a interview with our main character William Rose.

What's the first time you traveled between the gate?


The very first time I traveled through the gate was when I was six cycles old. I was always very close to my Uncle Nathaniel, maybe because we're both healers, or maybe it was just a connection that was always there between us. For as long as I can remember, I was fascinated with Nathaniel's work, and whenever he was home in Eirentheos, I would follow him around to the clinics and help him with his work. As I grew a little older, we realized that there were so many things we could learn from Earth, that it would work better to have two people who had studied there. At the time of my first visit, Nathaniel was deep in a project of trying to learn how to bring hydroelectricity and wind energy to the Capitol city of Eirentheos. My father brought me through the gate to visit Nathaniel here while they were working on that project.

What do you think of this world?


I think there are many great things about Earth, and also many things I don't understand, or am glad don't happen in Eirentheos. The capabilities of technology are amazing -- the ability to use technology for healing, electricity, refrigeration. But then there seem to be a lot of people who use it to play video games on their cell phones, and they miss out on the kinds of relationships with family and friends that are common in my world.

How do you deal with traveling between two worlds?


It can be very challenging, but I'm kind of used to it now, and I don't plan on doing it forever, or even for as long as Nathaniel has.

Do you miss your family?


Every moment I am away from them.

What do you think of Quinn?


I actually like Quinn, now that I've gotten to know her a little. She's smart and she's caring, and I know she would do anything for someone she cared about. She's so stubborn, though.


No. That's happened several times on Earth, and in Eirentheos people are always interested in what the royal family is doing. I just thought Quinn would give up if I ignored her long enough, like everyone else always did.

Do you want Quinn back in your world?


I can't say I don't want her back in my world -- as I said before, I do like her. But I think it's a bad idea, and she has no idea how deep she might get herself in, and how challenging it can be to divide yourself between two worlds. At least for my part, the only people I'm hiding and keeping secrets from are strangers. If Quinn were to come back to my world, she would have to lie and hide from her family and friends, and I think she'll get hurt.


About Seeds of Discovery: 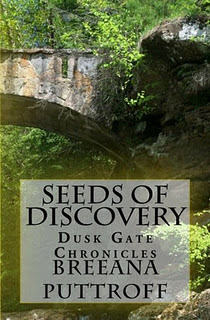 Quinn Robbins' life was everything she thought a teenager's should be. She has good friends, a family that she loves, good grades, and an after-school job she enjoys. And, she's just been asked out by Zander Cunningham, a popular football player and great guy. But one day when driving home after picking up her little sister from the baby-sitter's, she nearly hits a boy who, after running blindly into the street, mysteriously disappears.


The mystery only deepens as she figures out who the boy is; William Rose, a reclusive, awkward boy from school who always has his nose in a pile of books.
As she becomes more aware of his behavior it becomes more obvious how out of the ordinary William is and how hard he deliberately tries to blend into the background. This only intrigues her more and she finds herself working to find out more about him, and exactly where he keeps disappearing to.

On a whim one night she follows him and suddenly finds herself in a new world. One where William is a prince, literally, and she is treated like a princess. She also discovers that she is stuck; the gate back to her own world isn't always open.

Quinn finds herself smack in the middle of a modern-day fairy tale, on a course that will change her life forever. 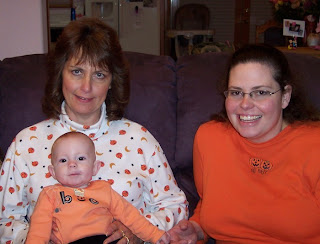 After eleven years of teaching in a classroom, she has decided to reinvent myself (whatever that means). A published author, and operating her own small preschool. She is also putting her Bachelor’s and Master’s degrees to work, and offering freelance editing and proofreading services.

It’s a brave, new adventure for sure, and she is happier than she had been in a long time.