Book Blitz/#Giveaway : Life In The No Dating Zone by Patricia B. Tighe 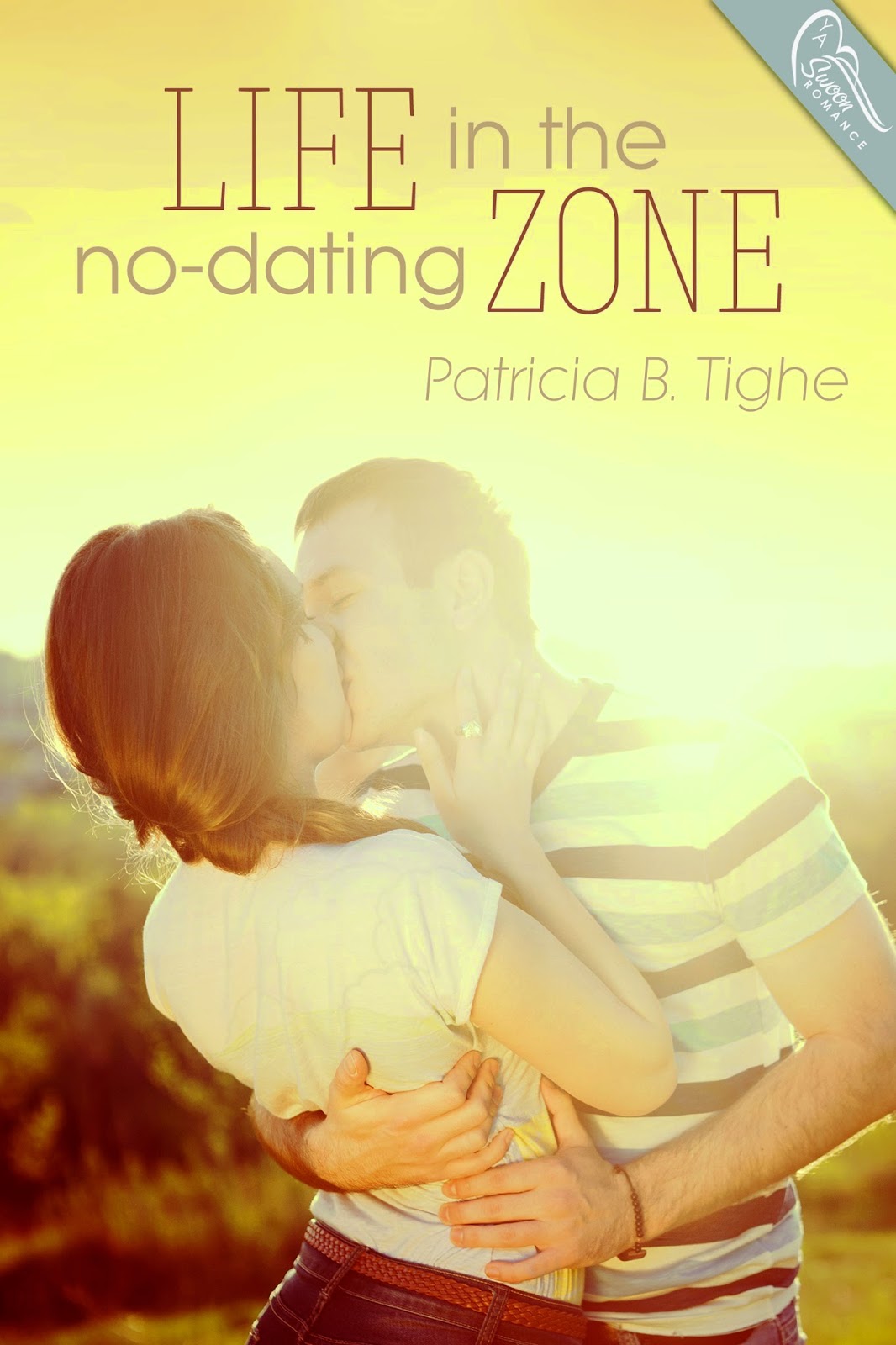 Life In The No Dating Zone
by Patricia B. Tighe
Release Date: 12/02/14
Swoon Romance
Summary from Goodreads:
After surviving her parents' relationship drama when her older sister elopes, Claire Gardner vows not to date during high school. Now, three years later, Claire is thrust into new relationship drama--her two best friends have boyfriends. Which means Claire is spending more and more time alone. And she's more than a little peeved.

Enter Gray Langley. His year-long crush on Claire's friend Lindsey has made him desperate enough to ask Claire for help. Hesitant at first, Claire agrees--anything to get rid of Lindsey's current evil boyfriend. But as Claire and Gray plot together, an attraction develops, and now she must decide if being with Gray is worth the pain that will come from confronting her parents with the reasons for her vow.

It would take about twenty steps to get there. Twenty normal steps—no lunges or anything—and I’d be standing beside Lindsey Taylor’s group in the middle of the lawn. It was the perfect opportunity. No sign of her boyfriend, Adam Castro, and only a couple of guys to compete with. And Mike and Parker were complete tools. There shouldn’t be anything stopping me.
Except the fact that I hadn’t had a real conversation with Lindsey since seventh grade. That, and an up-close look at her in that pink bikini might make me turn purple. I cursed under my breath. Why did I have to suck at this? Lindsey and Claire were some of the nicest girls in school. It’s not like they’d tell me to get lost. I could just sit down and join the conversation.
I probably wouldn’t even have to say much. There was a lot of noise over there with the football players throwing themselves off the diving board and the girls cheering. I could become one of Lindsey’s group. And then someday, when Castro did something stupid and she dumped him, I’d be there to console her. Right. Me and about ten other guys.
Tool #1 Parker jumped up from where he’d been sitting beside Lindsey, and after a short conversation, jogged toward the patio where I was holding up the wall of the house. Now there was only one guy. I should go now. Right now.
The sliding glass door to the patio opened and dumped out Amy Acton and that girl whose name I could never remember. They edged over to the tables of snacks. Parker arrived and, after rifling through an ice chest, pulled out a bottle of tea. He then started messing with the other coolers. Lift. Slam. Lift. Slam. What the heck was he looking for?
I grabbed a handful of potato chips so I wouldn’t look like I was hovering, then went back to leaning against the house. I sensed the snacking girls staring, but ignored them. Instead, I concentrated on Lindsey’s reddish-brown hair, which shone in the sunlight like a beacon. I really should go over there.
In fact, Lindsey’s friend Rose, and some guy I’d never seen before, had just joined the group. I could’ve gotten there at the same time and not looked so obvious.
“Hey, Grayson,” Amy called, and then both girls giggled.
I almost launched into an explanation about how I’d shortened my name to Gray, but didn’t really want to get into it. Besides, country music blared loud enough nearby that I’d have to get closer if I really wanted to talk to them. I didn’t. So I settled for a brief smile. For some weird reason that made them giggle more.

Buy Links:
Amazon
About the Author
I'm not the writer who's been writing for as long as she can remember. In fact, I didn't start writing fiction until I was almost thirty. But, I've always been a reader. Which, of course, is one of the basic requirements for being a writer. I've read everything from horse novels and spy thrillers to historical romance and fantasy sagas—and lots in between. There's something wondrous about picking up a book and entering a new world with new adventures. And I don't plan on stopping any time soon.
When I'm not reading, I hang out with my husband and two old dogs, plus my grown sons whenever I get the chance. In the fall I spend way too much time yelling at my TV while watching football. I'm also addicted to British TV shows. Top Gear, anyone?

Oh, yeah. And I write. Kissing books. Or at least books that include kissing. Hope you enjoy them!
Author Links: