Enjoy all three of the Cocktail Cruise stories in one volume, along with cocktail recipes and excerpts from some of your favorite USA Today and Amazon best-selling authors – available only in this collection! 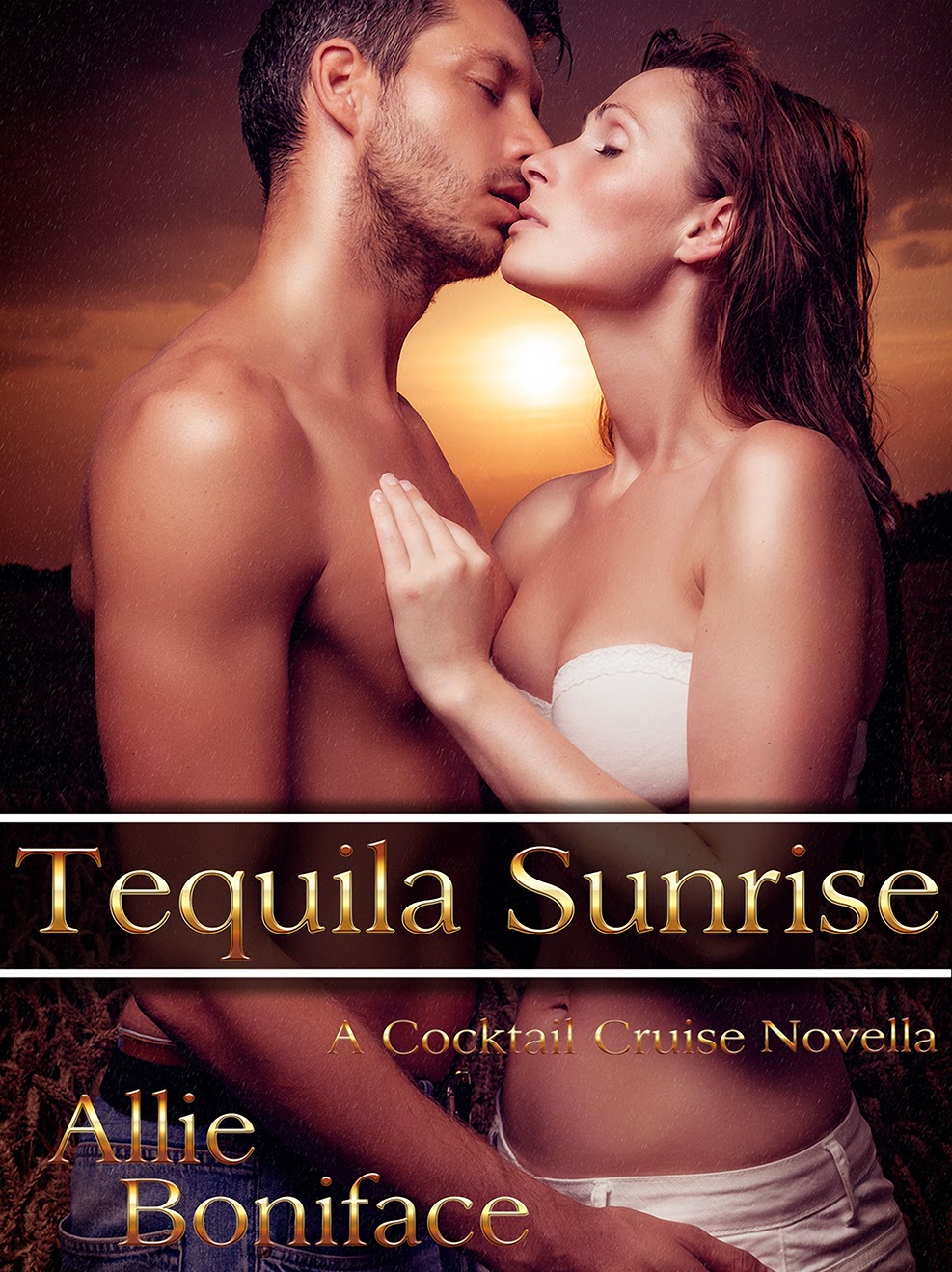 
Louise wants to find love on board a
romantic singles’ cruise – and it looks like her prayers are answered at a
speed dating event.
Toby is too busy for a serious
relationship; he only goes on the cruise because his best friend’s family owns
the line and his sister works on it. But when he meets the luscious Louise at
speed dating, his heart’s a goner.
When Lou discovers the dating service
uses unethical business practices, though, she’s determined to reveal them, and
the resulting publicity hurts Toby’s friends and family.
Can he convince her that true love
exists beyond numbers? 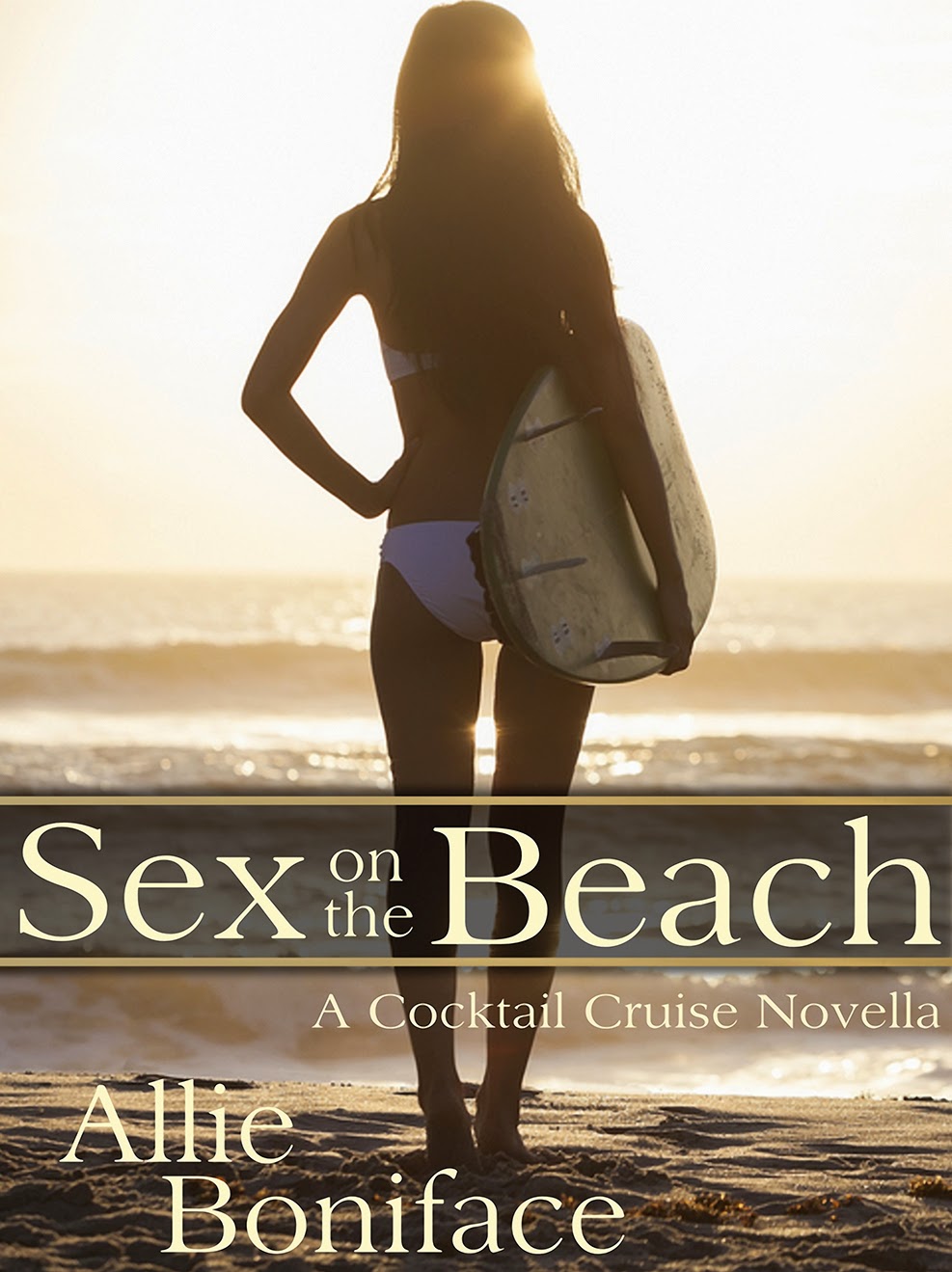 Sex on the Beach (Cocktail cruises #2)


Cassidy is an
elementary school teacher with a secret: a sexually adventurous online life led
under a foolproof alias. Her motto? Enjoy sex and the single life as much as
possible.
Bryce works for
a major cruise line, which gets him all the sun, sand, and women he could want.
But he meets his match in Cass, who’s even less interested in commitment than
he is.
When her
school’s financial crisis places Cass at the center of a firestorm, she must
decide whether she’ll let Bryce become the first man she’ll trust with both her
secrets and her heart. 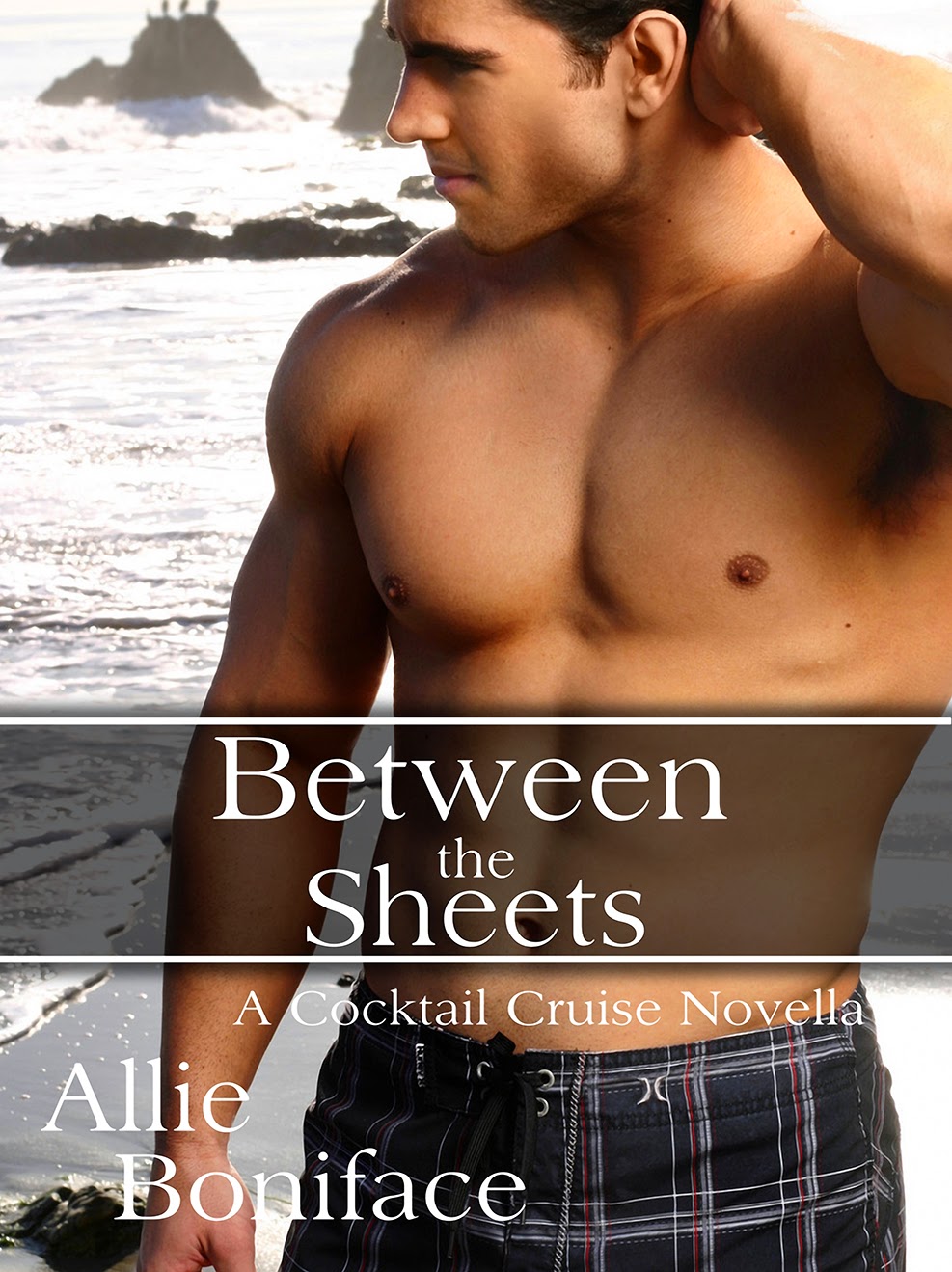 Between the Sheets (Cocktail Cruise #3)

Andrea is
determined to merge a cruise ship career and single motherhood. But that leaves
zero time for sex or love, so when she has a chance for a fling with a sexy
cruise ship dancer, she goes for it.
Sebastian enjoys
a low-key life as the ship’s dance instructor, a welcome change from his
previous life in Argentina as the star of a hugely popular dance show. But when
Andrea sweeps into his life, everything changes.
Will new love
help him come to terms with his past, and convince her to find room in her life
for another man?

Here is an excerpt of  Sex on the Beach:


Bryce ran the back of one hand down her bare arm as he leaned over to flag the bartender. Electricity shot all the way up to Cass's shoulder, and something deliciously warm and familiar tingled between her legs. She brushed his shoulder as she reached for her drink, telegraphing a message that registered in the light of his eyes.He took a long swallow of his beer, then rested one elbow on the bar and turned toward her. Two inches, maybe one, separated them. She could smell him. If she leaned forward, she could probably taste him. And damn, but that mouth looked like it would know what to do on a woman’s body.“That pick-up line, by the way?” she said. “The good-luck charm? Weak.”He clutched his chest as if she’d shot him. “Was it that bad?” The corner of his mouth quirked up. “I thought it had flair.” He touched the neck of his beer bottle to her glass. “Women like flair.”Cass crossed one leg over the other and let her dress ride up. “Flair is over-rated.” She ran her fingers through her hair, loose and falling past her shoulders. “It takes more than that to win a girl over.” A nice ass will do, though, she thought. Good smile and wit helped too, and so far Bryce was three for three, though she wouldn’t tell him that.
“Decided to take the free cruise?”“I did.”“How’s your friend Louise?”“She’s fine. Spends a lot of time with Toby, but I’m guessing you already know that.” She sipped her martini. “What about your buddy? The one from the bachelor party? He get married yet?”“Yep. Valentine’s Day.” He cocked his head when she didn’t answer. “I take it you're not a fan?”“Of marriage? Or Valentine’s Day?” Not either one, she wanted to say.  She set her glass down after another sip. “Thanks for the drink. But I think I’ll be going.” First conversations never needed to last longer than a few minutes. She’d leave him wanting more. 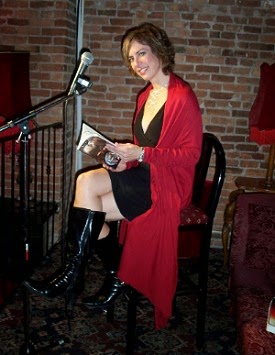 Allie was born and raised in a tiny community in upstate New York, which probably explains her fascination with the magic of small town life. She holds a B.A and M.A. in English Literature and is a full-time high school English teacher in the northern NYC suburbs, where she currently resides. When she isn’t teaching or writing, she and her husband love to travel both in the United States and abroad. She is the author of seven novels and three novellas and writes sensual contemporary romance because she loves exploring the emotions that connect us all!

Signed paperback of The Promise of Paradise (also by Allie Boniface)