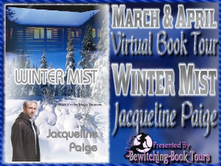 What an adventure!
If you’ve been following the history behind my writing the Magic Seasons you know it was not planned and in the beginning, I had no idea what was going to happen.
All I can say now as the fifth book is released is “What an adventure!”
From the first book until now my own characters have kept me on the edge of my seat with one thing after the other. I’ve held my breath while getting them out of the washed out valley they were trapped in, several mishaps with spells, car chases, killers and even a few blundering moments that I’m sure the witches from the town of Russel would like to forget about.
I laughed (out loud) while writing this series, to the point that my family started to wonder if I was coming unglued. I fell in love with all of the characters in this series and even cried when they did, to the point of having to stop writing some scenes to calm down.
For the two plus years I was working on these books, I took everyone from them with me everywhere I went. It was a hard to write the end of Winter Mist, thinking I would have to let them go after that but I managed to get to the last page. The series was complete, all loose threads tucked in. Finished.
And then I deleted the last chapter and re-wrote it. The gang from the Magic Seasons Books isn’t finished yet, they’re just resting for a few years until I get through my huge list of projects and then I think we’ll be seeing more from them.

Thanks so much for having me here today!



Step into a world of magic and passions....

Take a dash of spice, heat it
Add a flash of magic and watch the sparks fly
Toss in a killer that's targeting women
Add a handful of witches from all paths to stir it all together...

Patrick is a man that has lived a violent life undercover in all the wrong places, for too long. His light charm carefully keeps others from seeing the dangerous man that lies inside. He is the first for justice and will go out of his way to keep the innocent safe. He finds himself falling for the woman that was a victim of a sick and vile person and is caught between keeping her out of harm’s way and completing the job he needs to finish.

Rhonda is a woman that becomes a victim to the vicious attack of a killer. Even though she survives, she will have to learn to live with the scars for the rest of her life. In hiding she has to rebuild the strength to get through it. She is forced to spend her days and nights in the company of a detective, that seems to have no other plan in life than to constantly aggravate her and make her want things she may never have again.

When Patrick’s cover is blown and he is badly injured, the group of friends pull together to keep him and the recovering victim of a killer safe. As a result, the group of twelve become targets of the criminals after Patrick and have to live together in a safe house for Yule.

Can twelve witches follow orders or will they take matters into their own hands?


Excerpt One:
Walt looked around at the three women, then to the giant in front of him. “Who the hell are you and where’s Blaine?”
Dexter shrugged. “He’s not here.”
Walt backed toward the door a bit, pulling Bob with him for cover. He pointed the gun at the large man. “We’ll be going then.”
Dexter shook his head. “I don’t think so.”
Walt shoved Bob as hard as he could toward the other man and reached for the door at the same time. He pulled it open only to have it jerked from his hand and close with a loud bang. “What the...” He spun around and pointed the gun at the man again. Bob was lying in a heap on the floor as if he’d fainted. Idiot.
He pointed the gun at the longhaired woman and grinned. “Walk over here real slowly.” Her eyebrows went up in a look of shock.
“I don’t think so,” she said softly.
The short blonde flung an arm up and growled. “I don’t like you pointing a gun at my friends.” The gun jerked out of his hand and floated toward the big man, who reached out and plucked it out of midair.
He flipped the safety on and tucked it into the waist of his jeans. “You should listen to her friend.”
“What are you people?” Walt looked from the longhaired one back to the short blonde.
“Sexy.” The black haired woman said softly as she stepped from around the man holding his gun. “And slightly irritated because you barged in here.”
Walt stared at her for a second then turned back toward the door.
“Leaving so soon?” She purred. His back was against the wall, his feet not touching the ground. His shocked expression looked down at Rachel, as his heart tried to climb into his throat. 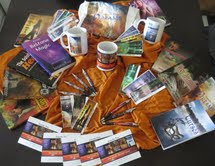