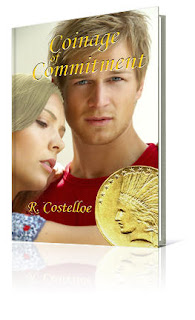 Gratitude: the Romantic Emotion that Gets No Respect

My books feature characters who want more from love that what they see all around them. Something stronger, something higher, something worth pursuing. Part of that pursuit is usually an effort to understand love. We can’t make it soar higher or make it last longer unless we figure out how it works and what can harm it. This usually means the characters need to take a thinking as well as an emotional journey to attain the emotional altitude they seek. And this opens up all sorts of plot opportunities to explore. But regardless of the type of romance being composed, writing love stories requires the author to analyze the different types of emotions that blend together to define a relationship. Every relationship is unique, so the blend of emotions is just as unique.

I’ve always been fascinated that certain motivations in that possible blend of romantic feelings get discounted because they’re thought inferior or contaminating. Marrying for money probably tops the list and, from a qualitative standpoint, is probably one that most readers would agree on. But gratitude is another attribute often named as invalidating the integrity of a relationship. “She only married him out of gratitude,” is heard from the TV soap opera as a signal that the romance is facing certain doom in future episodes.

But does gratitude really deserve such a bad rap? We may want to take another look, because gratitude can be viewed as verification from the past that a lover can be counted on in the future. Yes, I think gratitude creates faith in its object for a victorious future. And gratitude is often the very basis for our best romantic memories.

Coinage of Commitment
by R. Costelloe​

The Author
Rob Costelloe wrote fiction as a youngster, and completed his first novel a few years after college. But then the demands of family and career intervened, and his writing was mostly business or technical. But then in 2005, he read an Anita Shreve novel whose ending was so abruptly despairing that he felt outrage on behalf of so many abused readers. The result was two books, Coinage of Commitment, which became a National Indie Excellence Book Award finalist, and Pocket Piece Cameo, both published by Saga Books in the next three years.
Again he went off into nonfiction pursuits, but in 2012, he elected to rewrite both titles for the simple reason that he could make them better stories for his readers. Both titles have been published digitally, and are available from Amazon and other outlets.
​
Learn more about the author at: ​​​www.rcostelloe.com​​​​​​​​