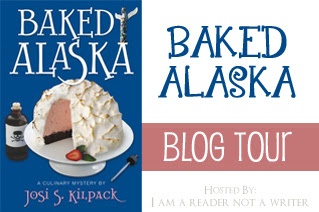 How did the ideas for your books come to you?
I beg for them, scratch them out of my brain, pluck them from movies and books, brainstorm them to death, and then revise them maniacally. I am writing these books on such a tight timeline that I don't have time to let things "come to me" I have to hunt them down and pin them to the mat as quick as I possibly can. I would say most of my inspiration comes from newspaper articles, books, and movies. The smallest thing can trigger an idea that I hurry to capture before it gets away.

What is the hardest part of writing for you? What's the easiest?
The hardest part is writing when I don't want to. I so want to enjoy every word but that is very difficult to find. I have had to make the transition in my own head from writing how and when I want to, to treating this like a career and writing by the clock, putting in the long hours, and doing it even when I hate it. It's certainly affected the joy of it, and yet there are golden moments that I think I appreciate more than I used to when everything does come together and I love every second.
The easiest part is not worrying if it will be published. Not all writers are so lucky and it's a huge relief to know that my publisher wants the book, my readers and waiting for it, and I will be able to finish it and move on to the next one without having to worry about it finding a home.

What's next for you? Are you currently working on or have plans for future projects?
I am currently working on "Rocky Road" which is book 10 in the Sadie Hoffmiller Culinary Mystery series. It's shaping up nicely and should be out in Fall 2013. I've also finished my second book in the Newport Ladies Bookclub series. Shannon will be released some time this year.

Why did you choose to write for specific genre?
I entered a contest back in 2005 hosted by Jeff Savage (J. Scott Savage) where he asked for the first chapter of a mystery novel that involved food. I was between projects at the time and took on the challenge. I had never written a mystery before so I had to learn about the aspects of that genre and I really enjoyed it. I didn't win the contest (I took 2nd though) but I fell in love with the book and spent the next 3 years working on it here and there. It was my publishers idea to add the recipes, which turned it into a culinary mystery.

What's it like hearing that readers are eagerly awaiting your book's release date?
So wonderful! I have moments when I am sure that I've written my last good book, that the current one is going to tank, and my career will be over. It's paralyzing. Excitement and encouragement from my readers is priceless. When a good comes out I'm biting my nails waiting to hear how people liked it and how it compares to the other books in the series. When feedback comes in, it refills my lamp of motivation and I hit my current project with more gusto than ever.

What is one question that you've always wanted to be asked in an interview? How would you answer that question?
No one has ever asked me if I have regrets. I don't have many, but I regret the way things ended with my first publisher. It could have been worse, but I hate that a bridge was burned. I regret not taking better advantage of my years in high-school and college, if I'd better focused on writing at that time I think I'd have bypassed some hard bumps in the road later on. I regret the impatience I felt early in my career that led to me too often putting my family second to this book; I felt such a need to rise to the top as fast as possible. I'm calmer now and realizing how fleeting my years of mothering truly are. My hope, however, is that I have learned from the regrets and am better for the mistakes I've made.

What was your road to publications like?
I never set out to be an author--it was too big a dream for a girl without a college degree, who had only average grades in high-school and never considered herself really "good" at anything. I was on bed rest with my first pregnancy when a story idea came to me and I decided to write it down because I needed the distraction. It grew into something I never anticipated and I ended up getting that first book published, but not well. It wasn't really ready, and the publisher didn't edit it the way I expected. I also knew nothing about the publishing industry, expecting that writing a book was the only part I had to do. The book did not do well and I ended up rather embarrassed by having expected so much. Instead of giving up, I jumped in with both feet this time and I learned craft, industry, marketing, and in the process came to realize how important this was to me. My second book did much better and though it's been a bumpy road at times, I have continued to learn craft, industry, and marketing and am very pleased with the result of the journey I have taken. 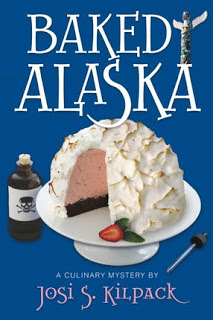 An Alaskan cruise is the setting for amateur detective Sadie Hoffmiller’s latest adventure. Sadie plans to spend time relaxing with her two grown children, Breanna and Shawn, and her boyfriend, Pete, while enjoying the luxury and cuisine of an elegant cruise ship and helping to plan her daughter’s upcoming wedding. But even as the crew prepares to leave port, Sadie has suspicions about the voyage ahead and the relationship between her normally easygoing son and a mysterious female passenger he obviously knows but refuses to discuss. When the woman’s dead body is discovered during the first night at sea, Sadie’s apprehension escalates. Over the last few years, Sadie has developed an extreme dislike for secrets—and it would seem her son is keeping one from her.

Josi S. Kilpack grew up hating to read until she was thirteen and her mother handed her a copy of The Witch of Blackbird Pond. From that day forward, she read everything she could get her hands on and credits her writing “education” to the many novels she has “studied” since then. She began her first novel in 1998 and hasn’t stopped since. Her seventh novel, Sheep’s Clothing, won the 2007 Whitney Award for Mystery/Suspense, and Lemon Tart, her ninth novel, was a 2009 Whitney Award Finalist. Blackberry Crumble is Josi’s thirteenth novel and the fifth book in the Sadie Hoffmiller Culinary Mystery series.

Josi currently lives in Willard, Utah, with her wonderful husband, four amazing children, one fat dog, and a varying number of very happy chickens.
Posted by SueFitz at 12:34 AM

Email ThisBlogThis!Share to TwitterShare to FacebookShare to Pinterest
Labels: Author Interview, I Am a Reader, Josi S Kilpack