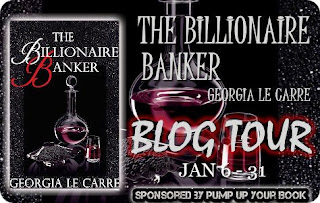 What Blake thought and experienced when he saw Lana being mauled by the despicable Rupert Lothian?


I should have known then.

Who was I kidding? Just sex? With her? That would never be enough.

This girl was the siren, the temptress that my father had warned me about. The one that had been specially chosen to bring me to my knees. But at that moment I was the proverbial moth flying helplessly towards the flame. I guess, I just wanted her light, more than I wanted anything else...

The brute had her pinned against a wall, his big body completely hiding her from my view. Must have only been minutes, but it was like a lifetime watching that broad back and thick neck. I had to fight the instinct to go over. Break them up. But I am a strategist, a man who knows when to pounce, how to exploit an opportunity. Not yet. Soon. Lose a battle to win the war.

A woman came and wrapped herself around me. She laid her perfectly manicured red fingernails on the lapels of my jacket and smiled slyly. I glanced down at her and shuddered. I hate it when women I don’t fancy throw themselves at me. At that precise moment Lothian moved his thick body away and I saw Lana. Flattened against the wall, her face white, mascara streaking down her face, and her lips already beginning to swell.

Fuck me, I looked into her shocked, defenceless eyes, and I did not feel lust! I did not want to take and use and discard as I had done with all the others. The only thing I registered in my body was the unfamiliar need to protect. Not myself but her. That same sensation I had experience once a long time ago as a young boy, when I had come across an injured baby bird. It had fallen out of its nest. I had scooped it in my cupped hands and warmed it inside my jacket. After it died that evening I never again experienced that sensation. Until now.

Stunned by my own reaction I watched as she ran out of the room on those ridiculously high shoes of hers. And the dirty looks she got. You should have seen them. You’d have thought she stank. I despised my kind then.

In the corridor I saw her lurch unsteadily towards the powder room.

After a few minutes I made my excuses and went to wait for her in the corridor. What the fuck was I doing? But the rational, thinking Blake had gone numb. And another part, a secret part of me that I never let out, that I refused to even acknowledge, had come out and taken over. I crossed my arms and lounged against the wall.

When she came out, I almost did not recognise her. Underneath the layer of badly applied make-up she had the face of a schoolgirl. Hell, she better not be under-aged. That would be all my plans down the toilet. I straightened and waited for her to come up to me. She was no longer crying. Her head was held high and those indescribably turquoise eyes were proud and flashing, and she would have walked right past me too, if I had not raised a detaining finger. 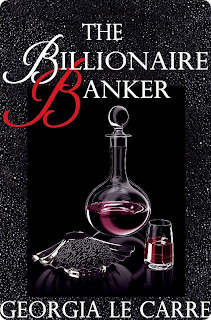 When Lana Bloom learns the devastating news that her mother is dying, she is faced with a terrible dilemma. The one thing that can save her is the one thing she does not have. For young and innocent Lana, the unthinkable becomes her only choice.

But when she walks through the door of that exclusive restaurant she has no idea of the seismic shift her life is about to take, for the highest bidder will not be the rich man she has accompanied. Fate drops her at the feet of the deeply mysterious and dazzlingly gorgeous American banker, Blake Law Barrington. Throbbing with raw masculinity and arrogance, this is a man who owns all that he pursues.

And now he wants her. 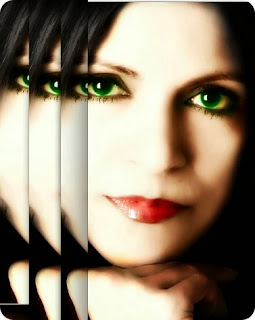 Georgia Le Carre lives in England, in an old 19th century romantic cottage surrounded by a magical garden filled with fruit and walnut trees. When she is not feeding words into her laptop, she is either curled up in bed with a box of chocolates and a good read, or lost in a long walk in the woods. Especially on moonlit nights. And often with the man of her dreams.
Her latest book is the romance/erotica, The Billionaire Banker.