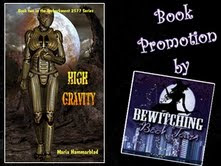 Thank you so much for welcoming me to the blog! =)

Sometimes people ask me if I’m a plotter or a pantser. I avoided answering the first few times until I realized the question was really supposed to mean something, and then I had to ask what it meant. A plotter has everything in the story worked out from the start, while the pantser writes “by the seat of their pants.” Someone added a third version, calling themselves a plotster, and I think that’s what I am.

I usually have the big picture clear before I start on a project. I know how the story starts and ends, and the major plot turns in between. Sometimes I’m even ambitious enough to scribble it down in a notebook. Yes, pen and paper. I drive people around me crazy because I’m always holding a computer or some other device, and sometimes I want to give them a break. Sitting in the sofa with a nice notebook and a pen seems less intrusive than hiding behind the big laptop. LOL!

Besides major plot turns, I tend to leave the rest up to the characters. Once they get going they don’t rest, and they like to wake me up in the middle of the night to tell me something along the lines of, “And then we went there, and this one guy started shooting and there was this big fight, and…” For being imaginary, the people living in my head are quite lively!

Anyway, there are other aspects to writing I probably should plan better before I start. Knowing this isn’t the same thing as doing. Writers should, for example, know what kind of point of view they intend to use (first person, third person, or the modern and chic deep third person). I’m sure serious authors are supposed to plan which fashion of storytelling will serve the project best, but I never do. I just plunge in, type away, and glance up three days later with a surprised, “Oh, that’s how this is turning out.”

I’ve always written in third person, that is, with a narrator telling the story about the main characters. All my books, current and projects I’m working on are in third person. When I wrote the first draft of the Embarkment novellas a couple of years ago, they turned out to be in first person. Everything’s seen through the eyes of the main character, Alex.

I pondered many times whether to re-do it, but decided to keep it, and exploring my imaginary world through Alex has been a lot of fun. If you want to see how it turned out, my collection of all three novellas will be available free for download January 27 and 28. (http://amzn.com/B004JF4KKI)

Excerpt High Gravity
“Joshen Martinez is an old friend of mine, a mentor, he wouldn’t hurt you. He just wants to connect you to a machine that will tap out your memories. Your knowledge is valuable, and everyone would be able to see what you know. Sort of... like watching a movie.”
Having people watch all my memories? Intrusion of privacy, much?
I got to my feet. “I’ve heard enough of this. I have other things to do.”
Kevin stood up too. “Yes you do. Go pack your bags. This joke is over and you’re coming with me to the Kentucky.”
I took a step towards the door. “In your dreams.”
Blake said, “Sit down. Both of you.”
He didn’t raise his voice, but it was impossible not to obey. Kevin opened his mouth and my Captain made a dismissive gesture. “You’ve already said too much. Sit down and be quiet.”
Watching the scientist sink down, carefully keeping his mouth shut, filled me with glee. Blake pressed a button on his desk. “Commander Adam, could you come to my office for a minute, please.”
My husband’s voice filled the room. “Right away, Sir.”
I didn’t realize how tense I was until he stood in the doorway and I dared relax. He glanced between me and Kevin and crossed his arms over his chest. Adam was tall, strong, intimidating, and mine.
“What’s going on?”
Once again, Kevin opened his mouth. Blake snapped, “Silence.”
Kevin leaned back in his chair and rolled his eyes.
“Adam, this is Kevin. He has come to retrieve your wife.”
“Not happening, Sir.”
I wanted to squirm. “Can I move now?”
Blake smirked. “Yes Alex, you may move.”
I bounced to my feet and threw my arms around Adam. He hugged me back and murmured, “Don’t worry.”
After kissing me tenderly, he put his hands on my shoulders and turned me around so I faced Kevin. Then, he wrapped his arms around me from behind. “This is my wife. She means more to me than my life. She definitely means more to me than your life. If I were you, I’d choose my next words wisely.”
I glanced up at him. “I love you too.”
He smiled and brushed his lips over my temple.
Blake leaned his elbows on the desk and tapped his fingers together. “Mr Nolan, have we satisfied your curiosity, or do you wish to continue the discussion with the commander? I’m sure he’d be more than happy to demonstrate his... abilities. Would you like to see him fold a spare piece of hull plating a couple of times?”
“We’re good.” 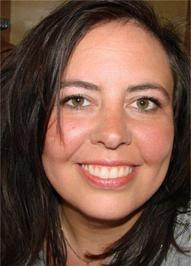 Find Maria on the web