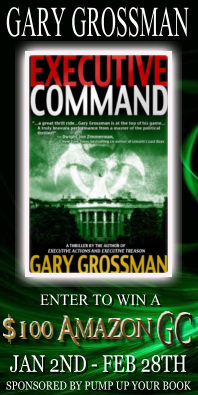 Houston, TX
3 January
He tried not to look nervous.
“Step forward.”
At first, the man didn’t hear the order. The thick, bulletproof glass of the U.S. Customs and Border Protection officer’s booth muffled the sound.
“Step forward,” the agent at the Houston terminal repeated.
The man wanted to be invisible. Mistake. His instructions were to blend in, act casually, and make small talk. He was five-eight, clean shaven. He kept his black hair medium length; normal. Except for a small scar under his chin, there was nothing memorable about his look. Nothing distinctive.
“Step forward!”
He tensed. Not good. He should have smiled politely and done as he was told. However, the man was not used to being told what to do by a woman. He hesitated again and was slow to hand over his passport.
The agent didn’t know how much harder the president had just made her job. Generally, work came down to evaluate, stamp, and pass. Sometimes it took longer, but it was usually the same thing every hour of every day. Evaluate, stamp, and pass. In twelve years, she’d probably only flagged twenty people, principally because they were belligerent to her and not a real threat. It was different today. Houston was beta testing a new system that was sure to be on a fast track everywhere. But right now it was slow, and Agent Carlita Deluca was already feeling pissed off.
The man finally passed his papers under the glass in the booth. With the Argentine passport finally in hand, she studied the picture; then the man before her. The evaluate part. She made quick assessments. Recent scabs on his face. Cuts from shaving? Sloppy knot on his tie. Not a professional. She rose up from her chair and examined his rolling suitcase. Brand new. Then Deluca looked at the passport more closely. Armenian name, but citizen of Argentina. She checked whether he had traveled in the Middle East. No stamps.
“State your business in the United States.”
The man cleared his throat. A bad signal, but he didn’t know it.
“Job interview.”
She listened to the accent. Carlita Deluca had become pretty good at detecting certain regionalisms. Not Armenian. German? She needed more.
“Where?”
“University. I’m a professor.” He put his hand out impatiently, expecting his passport, which Deluca didn’t return.
“Of what?”
The man shifted his weight from one foot to another. “Philosophy. Comparative religions.”
“Have you taught here before?”
“No.”
“And where is your interview?”
“New York.”
Deluca nodded, scanned the passport through her computer and waited while the photo traveled as data bits across the Internet. The accent? Definitely not German. Not European at all. More….
A video camera also captured the man’s image at the booth. The new image and picture on the passport were instantly cross-referenced against millions of other photos through FRT or FERET[DC1] —Facial Recognition Technology. Some of the process was standard post 9/11; some as recent as the president’s last sentence.
“What school?”
“Universidad Nacional De Cordoba,” he answered, almost too quickly.
“No, where is your job interview?”
“Oh, New York University.”
Middle Eastern? She couldn’t quite peg it yet. So, Deluca continued to study the man. It also gave the computer—which she understood very little about—time to talk to whatever it talked to. It was definitely sluggish, and the line behind the man was growing longer. She stamped the passport and wondered whether the computer was even working. It was.

A 2004 report to Congress concluded that America’s intelligence and law enforcement agencies missed, ignored, or failed to identify key conspirators responsible for the September 11, 2001, terrorist attacks. The public agreed. People who should have been flagged as dangerous or, at the very least, undesirable, entered the United States[DC2] undetected. Once here, they engaged in highly suspect activity that went unchecked.
It’s not that the system didn’t work. There was no effective system. That changed with the establishment of Homeland Security Presidential Directive 6. In Beltway speak—HSPD-6. The White House directive, issued September 16, 2003, consolidated interagency information sharing. The avowed goal—to put the right intelligence into the hands of the right people; securely and in a timely manner.
At the center of HSPD-6 is TSC—the Terrorist Screening Center. The department has been charged with identifying, screening, and tracking known or suspected terrorists and their supporters. Feeding TSC is the FTTTF, the Foreign Terrorist Tracking Task Force, and TTIC, the Terrorism Threat Integration Center, all administered by the FBI.
In addition to establishing the TSC, HSPD-6 effectively rerouted watch lists and terrorist identification programs through another service called TIPOFF.
This is precisely where the photograph of the man at the airport was being examined electronically against hundreds of thousands of other pictures.
TIPOFF began in 1987 with little more than a shoe box full of three-by-five-inch index cards. Now it ran through a complex computer network; one of the most secretive in the world. Every nanosecond, search engines mine data from CIA deep cover reports, to Customs photo scans, right down to Google, Yahoo, and Bing images. Until recently, the subjects in the TIPOFF database were primarily non-U.S. persons. Out of necessity, that changed. Today, the program cross-references records of American citizens and even legal permanent residents who are “of interest.” It feeds that information to the U.S. Customs Service, now administered by the Department of Homeland Security.

The man’s “biometrics”—the physical characteristics including facial geometry—were being interpreted at the speed of light by the TIPOFF computers. The nation’s interlocked FRT programs rejected more than 99.999999 percent of the matches. That took less time than the next step. The program kicked the photograph back into the database for further analysis when it registered positive against some fourteen other pictures.
“Can you tell me where I can find Southwest Airlines?” the man asked as politely as possible. He was beginning to feel this was taking too much time.
“After baggage claim, go outside. There’s a tram.”
“Thank you.” The man shifted his weight again and forced a smile, hoping this would speed things up.
Egyptian. Deluca decided. But the computer’s identity program still hadn’t given her any reason to hold the man. She reluctantly returned his passport.
“Proceed to your right and straight through the doors.”
The man smiled again and then let out a breath.
A sigh of relief? Deluca could hold him, however travelers behind him were growing impatient after their long international flights. But still.
“One more question.” The fifty-nine-year-old mother of four was clearly stalling. Agent Deluca wanted to give the computer another moment. That’s when a short pinging sound indicated an incoming message onscreen. She checked the monitor. One word appeared under the picture captured by the new Customs surveillance program.

The clock is ticking down to an attack on America’s most vulnerable natural resource: Water.

Our nation’s water resources are high on terrorist target lists, but low on America’s consciousness. Water sources are largely unprotected, providing open access to any enemy with chemicals and biotoxins.

So far we’ve been lucky. But that luck won’t last.

This is the all-too-real-and-present danger facing President Morgan Taylor and Secret Service Agent Scott Roarke as they desperately try to prevent hell-bent terrorists from destroying America and its infrastructure city by city, and state by state.

Fact-based in frightening detail, Executive Command is a political thriller that will leave you pondering its strong possibility the next time you pour a glass of water.

Grossman has been partnered with Robb Weller in Los Angeles-based Weller/Grossman Productions, a prolific television production company. Together, they produced more than 9,000 programs and earned numerous awards including the prestigious Governor’s Emmy Award for their USA Network special, “Healing the Hate,” and an Emmy for Best Informational series with the production of “Wolfgang Puck” for Food Network. Their documentary “Beyond the Da Vinci Code” (History Channel) earned two national Emmy nominations. In all, Grossman has received 14 Emmy nominations.

Grossman earned a Bachelor’s Degree in Communications from Emerson College in Boston and a Master’s Degree in Urban Affairs from Boston University.

He began his broadcasting career as a rock disc jockey at WHUC, in Hudson, New York. He worked at Boston television station, WBZ; joined The Boston Globe as a special contributor, and then became the television critic and media columnist at The Boston Herald American. His freelance articles have appeared in The New York Times and numerous magazines. He taught journalism and media at Emerson College, Boston University, and USC and guest lectured at colleges and universities across the country.

Grossman serves on the Emerson College Board of Trustees and chairs the Academic Affairs Committee.

He is also a member of the Boston University Metropolitan College Advisory Board. For was chair of the Government Affairs Committee for the Caucus for Television Producers, Directors & Writers, a Hollywood-based media activist group and a member of The International Thriller Writers Association.

His latest book is the political thriller, Executive Command.

Visit Gary on the web