Author Interview:Daisy: Between a Rock & a Hard Place by Janis F. Kearney 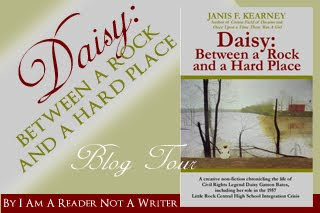 Describe your book in five words or less.
The life and Legacy of Daisy

How did the ideas for your books come to you?
I have written five books, co-wrote one and published one. My books so far have been based on my own life experiences, or people that I know and believe they have a story worthy of telling. My one fiction - which is a murder supsense novel, is actually based on an actual murder that took place 10 miles from where I grew up, and I got to know the family quite well. I love fiction, and will do more. Those stories will be created out of the characters I met, or events I have read or heard about at some point in my life.

Is there a message in your novel that you want readers to grasp?
Daisy: Between a Rock and a Hard Place is a creative non-fiction, rather than a novel. It is a true story about a real person, Daisy Gatson Bates. I would love it if readers close the book after reading it, and know that most of us are not born into leadership, but there are seeds of greatness in all of us - no matter what our pedigree. I wanted to tell Daisy's whole unadulterated truth so that people could see that good people aren't perfect people...and even imperfect people can be great.

What is the hardest part of writing for you? What's the easiest?
The hardest part of writing is living up to my own expectations as a writer. I never do. I am a voracious reader and I fall in love with well-written books that hold my interest to the very end. As I'm reading a really good book, in the back of my head I am hoping that I can write that way. It is never as easy as I imagine. Yet, there is an up side to that...this forces me to try even harder to get it right. The more I try to get it right, the closer I am to getting it right. I love the trying to get it right.

What's next for you? Are you currently working on or have plans for future projects?
I love writing about my childhood, about the place I grew up, and about the people who helped make me who I am. My next book is about my father - who happens to be 106-years old this year. My family has continued a tradition of Sunday Dinners, for decades. These dinners aren't just about food, but about bonding and rebonding and relearning. My father is a great storyteller, and throughout my life, he has spent those sundays sharing wonderful, humorous, sad, and inspirational stories with his family. I want to share that wealth of wisdom and humor with readers. We're hoping that Sundays with TJ, will debut Summer, 2013.

Why did you choose to write for specific genre?
I started out with non-fiction because I had begun writing my first memoir, Cotton Field of Dreams, back in college in the early 70's, and wanted it to be my first book. Before it was completed, I began writing another NonFiction...so, it just happened that the books I had already started were nonfiction. I write nonfiction because there are so many important stories needing to be told, and so many unsung heroes that need to be acknowledged...I can do that through my books. However, I LOVE fiction, and will be writing much more fiction in the future.

What's it like hearing that readers are eagerly awaiting your book's release date?
When I hear that readers are eagerly awaiting my book's release date, it scares me. My first thought is: `I hope it lives up to their expectations!' My second thought is: "WOW...that's great!" Writing is a gift, and having readers who enjoy your work is an amazing blessing.

What is one question that you've always wanted to be asked in an interview? How would you answer that question?
GREAT Question! The one question I always like being asked...and, one or two interviewers have actually asked me, is: What would you be doing if you weren't a writer?

The answer is: I would be a missionary, likely living or traveling and working in some small country in dire need of help. Maybe I'd be a nurse so that I could be of real service when I went to other countries to help.

What was your road to publications like?
My road to publication was rocky and crooked, but in the end... rewarding. I have learned so very much taking the road that I eventually took. I had my mind and heart set on mainstream publishing. Some things happened, and others didn't happen. My husband and I decided maybe we should create a small, independent press. We did. That was in 2004, and six books ago. 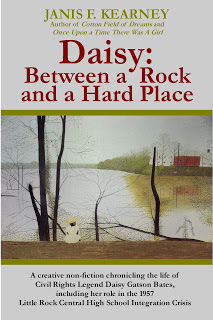 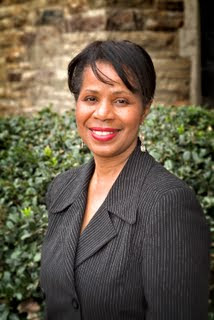 Janis F. Kearney is a publisher, author, and oral historian. She was one of 19 children born to Arkansas Delta Sharecroppers T.J. and Ethel Kearney. She Graduated from the University of Arkansas at Fayetteville with a B.A., in Journalism, and completed 30 hours in public administration, and Journalism.

She was hired by Daisy Bates in 1987 as Managing Editor of the Arkansas State Press. In 1988, she purchased the newspaper. She served as Personal Diarist to President Clinton from 1995 to 2001. She was the country’s first personal diarist to a U.S. President, and during that time, she also served as White House liaison to the U.S. National Archives.

In 2001, Janis moved with her husband Bob Nash to Chicago, where she began her writing life. In 2003, Janis, with her husband’s support, founded Writing our World Press/WOW! Books in 2003. Her first book, Cotton Field of Dreams: A Memoir was published in 2004. Her other books include Something to Write Home About: Memories of a Presidential Diarist; Conversations: William Jefferson Clinton…from Hope to Harlem; and Once Upon a Time there was a Girl: a Murder at Mobile Bay, her first fiction. WOW! Books has also published two other authors. Her next book, Daisy: Between a Rock and a Hard Place, is scheduled for publication, December 2012. Her third memoir, Sundays with TJ: 100 years of Memories on Varner Road, and her second Once Upon a Time there was a Girl murder mystery are both slated for publication in Spring, 2013.

Email ThisBlogThis!Share to TwitterShare to FacebookShare to Pinterest
Labels: Author Interview, I Am a Reader, Janis F Kearney