It's the two-year anniversary of the publication of Lily of the Nile by Stephanie Dray, the first in her Cleopatra's Daughter series! It is time to celebrate ALL of Steph's wonderful novels about strong ancient-Egyption women. 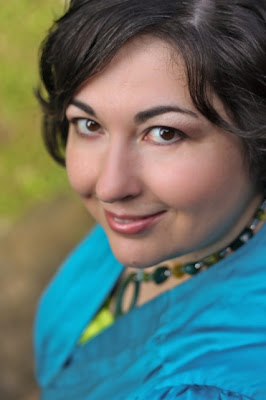 Two years ago, Stephanie Dray introduced the world to Cleopatra's daughter in the critically acclaimed historical fantasy novel, LILY OF THE NILE. In the award-winning sequel, SONG OF THE NILE, her dynamic and messianic young queen grew in power as she attempted to wrest back her mother's throne and return to Egypt. This year, Dray will complete the trilogy with DAUGHTERS OF THE NILE, which follows Selene on her journey as a fiercely protective mother, a powerful priestess and a queen with a unique historical legacy to bequeath to her heirs.


To commemorate and celebrate the book birthday of LILY OF THE NILE, she is giving away a free Young Adult novelette to her readers this January. THE PRINCESS OF EGYPT MUST DIE tells the beginnings of the reign of Arsinoe II, one of Cleopatra Selene's ancestral heroines and it is not to be missed. Join in the celebration of these ancient queens by grabbing your free copy now! 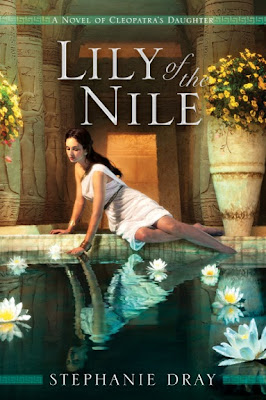 LILY OF THE NILE: With her parents dead, the daughter of Cleopatra and Mark Antony is left at the mercy of her Roman captors. Heir to one empire and prisoner of another, it falls to Princess Selene to save her brothers and reclaim what is rightfully hers…
In the aftermath of Alexandria’s tragic fall, Princess Selene is taken from Egypt, the only home she’s ever known. Along with her two surviving brothers, she’s put on display as a war trophy in Rome. Selene’s captors mock her royalty and drag her through the streets in chains, but on the brink of death, the children are spared as a favor to the emperor’s sister, who takes them to live as hostages in the so-called lamentable embassy of royal orphans…Now trapped in a Roman court of intrigue that reviles her heritage and suspects her faith, Selene can’t hide the hieroglyphics that carve themselves into her flesh. Nor can she stop the emperor from using her for his own political ends. But faced with a new and ruthless Caesar who is obsessed with having a Cleopatra of his very own, Selene is determined honor her mother’s lost legacy. The magic of Egypt and Isis remain within her. But can she succeed where her mother failed? And what will it cost her in a political game where the only rule is win or die?Berkley Trade January 2011 (Trade Paperback, 430 pages)# ISBN-10: 0425238555# ISBN-13: 978-0425238554 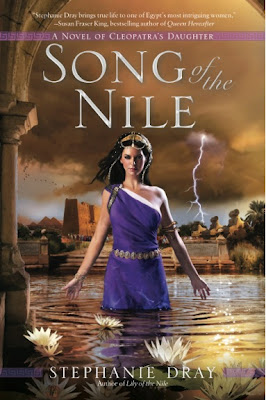 SONG OF THE NILE: Sorceress. Seductress. Schemer. Cleopatra’s daughter has become the emperor’s most unlikely apprentice and the one woman who can destroy his empire…
Having survived her perilous childhood as a royal captive of Rome, Selene pledged her loyalty to Augustus and swore she would become his very own Cleopatra. Now the young queen faces an uncertain destiny in a foreign land.Forced to marry a man of the emperor’s choosing, Selene will not allow her new husband to rule in her name. She quickly establishes herself as a capable leader in her own right and as a religious icon. Beginning the hard work of building a new nation, she wins the love of her new subjects and makes herself vital to Rome by bringing forth bountiful harvests.But it’s the magic of Isis flowing through her veins that makes her indispensable to the emperor. Against a backdrop of imperial politics and religious persecution, Cleopatra’s daughter beguiles her way to the very precipice of power. She has never forgotten her birthright, but will the price of her mother’s throne be more than she’s willing to pay?Berkley Trade October 2011 (Trade Paperback)# ISBN-10: 0425243044# ISBN-13: 9780425243046 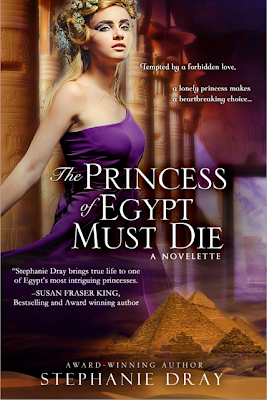 THE PRINCESS OF EGYPT MUST DIE: Before she became one of Egypt's greatest queens, she was a lonely princess who ached to belong...
Princess Arsinoe came of age in the glittering court of Ptolemaic Egypt. Abused by her ruthless sister, a pawn in the dynastic ambitions of her father, and dismissed by the king who claimed her for a bride, young Arsinoe finds herself falling in love with a young man forbidden to her. She dreams of a great destiny, but if she is ever to rule Egypt, she must first survive the nest of vipers otherwise known as her family.
December 2012 (Digital Only)
ASIN: B00AE01M5S
Giveaway:
Steph is graciously giving away a digital copy of The Princess of Egypt Must Die to anyone who wants to download it, along with a bottle of Egyptian perfume for one lucky winner! 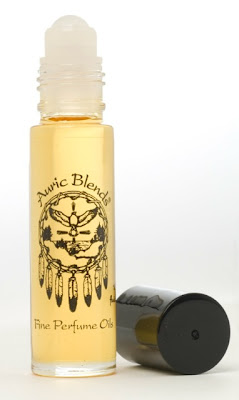 Enter to win below:
a Rafflecopter giveaway