Generally I see a character or scene in my head and I wonder what that character’s doing, or in Reed Jackson’s case, I wonder why a man in a wheel chair would be on a train platform. And then I start writing.

I’ve had many readers say that Reconstructing Jackson made them think about the Civil War, and in particular the few years after, when the country experienced tremendous social upheaval, especially in regards to slavery. However, I’ve never set out to deliver a message or a theme in one of my books. I think my job is to entertain my readers and to tell a story.

What is the hardest part of writing for you? What's the easiest?
The hardest part is finding the time to write. I work full time and have a family and market my books that are already available. Time is always a challenge. The most wonderful part is when I’m really in a groove and the words are coming faster than I can type and the scenes are playing out like a movie in my head. It is a feeling like no other.

I have one more historical romance that I will publish this spring. In the fall of 2013, I will publish a women’s fiction novel that is complete and edited. I’m working on the follow-up to that novel right now and am about 30,000 words into it. It is the story of a newspaper reporter in a small conservative county in southeastern Pennsylvania. His newspaper is downsizing and he’s been told he’s got to write the ‘Dear Abby’ column.

did you choose to write for specific genre?

Well, I’m not sure if I picked the genre or the genre picked me. I saw characters from the past when scenes came to me and there was usually some romance in their stories. But romance is a great genre to begin in. There’s a huge, growing online community that has been around for a decade or more. The original online publishers were all doing romance, and to a lesser degree sci-fi, so romance readers were some of the first to own e-readers and join chat rooms. The romance genre has many, many more platforms to reach readers. Other genres just don’t have the same opportunities for writers.

It is incredibly gratifying, especially for someone that is self-published.

Rocky.I did all the things that everyone in the writing community tells you to do. I attended conferences, queried agents and small presses that accepted queries, used professional editors, joined a writer’s group both on-line and in my hometown and wrote as much as I was able to. I don’t regret any of it, I learned so much and met some great people, but I received little interest in my books from agents and none from publishers. I was convinced that my books would never be published.

Then I started to think about self-publishing, mostly because reading devices had become more main stream, and Amazon’s market share, and my ability to sell my books on Amazon leveled the playing field between me and authors published by one of the big houses. I’ve been very fortunate so far to have strong sales and very good reviews for my three books and it has been so thrilling to hear readers comment that they loved my books and can’t wait for a new one to come out.

Thank you for having me! 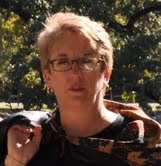 Holly Bush was born in western Pennsylvania to two avid readers. There was not a room in her home that did not hold a full bookcase. She worked in the hospitality industry, owning a restaurant for twenty years and recently worked as the sales and marketing director in the hospitality/tourism industry and is credited with building traffic to capacity for a local farm tour, bringing guests from twenty-two states, booked two years out. Holly has been a marketing consultant to start-up businesses and has done public speaking on the subject.
Holly has been writing all of her life and is a voracious reader of a wide variety of fiction and non-fiction, particularly political and historical works. She has written four romance novels, all set in the U.S. West in the mid 1800’s. She frequently attends writing conferences, and has always been a member of a writer’s group.

Holly is a gardener, a news junkie, and was the vice-president of her local library board for years. She loves to spend time near the ocean and is the proud mother of two daughters and the wife of a man more than a few years her junior.

1867 . . . Southern lawyer and Civil War veteran, Reed Jackson, returns to his family’s plantation in a wheelchair. His father deems him unfit, and deeds the Jackson holdings, including his intended bride, to a younger brother. Angry and bitter, Reed moves west to Fenton, Missouri, home to a cousin with a successful business, intending to start over.
Belle Richards, a dirt poor farm girl aching to learn how to read, cleans, cooks and holds together her family’s meager property. A violent brother and a drunken father plot to marry her off, and gain a new horse in the bargain. But Belle’s got other plans, and risks her life to reach them.

Reed is captivated by Belle from their first meeting, but wheelchair bound, is unable to protect her from violence. Bleak times will challenge Reed and Belle's courage and dreams as they forge a new beginning from the ashes of war and ignorance.