Book Feature & Excerpt/Giveaway: The Life and Times of the Heir and the Keeper by Etta King 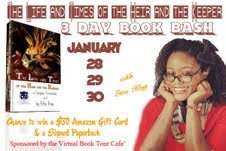 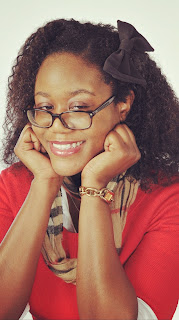 About
The Author:
Etta
King is the author of the Caspian University novels, a series
chronicling the life and times of a group of wealthy teens who
inevitably discover the various flavors of college drama. Etta writes
from her personal experiences as a college co-ed and as the product
of an all-girls prep school. Here she witnessed the very
eccentricities and foibles which she depicts in her novels.
In
a home filled with books, it was no surprise that Etta grew to be an
avid reader, and that translated into writing when she was thirteen.
She wrote simply for the fun of it, whatever would come to mind, from
fantasy to thriller to romance, and shared her stories with her
friends.
In
2010, at twenty-one and just as she was about to graduate from
college, Etta began writing "The Life and Times of Elizabeth and
the Duchess." This was a story which had first taken shape in
2008, after her freshman year, but had been put on hold. With
graduation looming, Etta recalled the characters, and the events
which had inspired them, and took pen to paper. Literally, as Etta
enjoys writing out her stories before typing them out. Soon the first
book had been completed and the series was born.
"The
Life and Times of the Heir and the Keeper," comes as the sequel
to "Elizabeth and the Duchess," and serves as the second
semester of these teens' college saga. Etta is currently working on
the third book, in what will be an eight-part series.
Etta
King lives with her family in Westchester, New York.
Website
| Blog
| Facebook
| Twitter 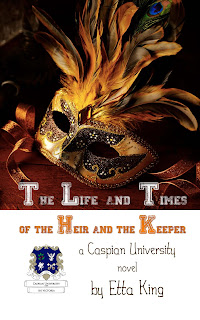 They
say college is a lot of things; a haven, a four-year party, the place
you met the girl – or guy – of your dreams. What they don’t
tell you is, the best part of college is the drama YOU bring to the
table! After all, that dirty little secret, that not-so-little white
lie, and those texts you wish you could erase from cyberspace can’t
stay hidden forever. At CU, someone’s always watching, and you
better hope there isn’t a camera phone on hand when you get caught.
It’s
the Spring Semester, but it’s not all fun in the budding sun for
Jon and Franz. Follow them as they delve through the politics of
secret societies, the inevitable drama of the F-word (that’s
FAMILY, for the uninitiated), creepy Resident Advisors, creepier
residents and girls who don’t always say what they mean. Who
wouldn’t need two months to recuperate?
Cheers!
And GL!
Excerpt:
Jonathan
I
woke up to the sound of my phone vibrating on the floor. I scooted
out of bed, trying not to wake Elizabeth as I went to pick it up. I
missed it and I saw four missed calls. All from Chadwick. Crap, it
was six thirty-seven. I called him back and made my way to my
bathroom, while it rang.
“Hey,”
I said when he picked up. “Sorry, about that; you were on the phone
when we went upstairs.”
“Yeah,
that’s okay, I’m home. Look, Jon, I’m going to say this just
this once and then I won’t say it again.” I got an ominous
feeling and leaned against the sink, ignoring the cold marble.
“Okay…”
“Judith,”
he began and I bit down on my groan. If ever I was tired of hearing
one person’s name in a day.
“I
don’t care what it is you did, I really don’t.”
“I
didn’t do anything.”
“Whatever.
Just don’t do anything else.”
“What?”
I couldn’t help the irritation creeping into my voice.
“Nothing
else, okay? Just don’t lead her on, don’t mess with her.”
“What
the hell do you think I did?”
“Honestly?
I think you hooked up with her and never called her back. Or maybe
you did and she didn’t understand how you worked.” How
I worked??
“Jesus,
Chad, seriously?”
“Look,
I’m not judging you.”
“Are
you drunk?”
“I’m
not
judging you, I just want you to leave her alone, okay?”
I
was silent; what the absolute fuck had Judith said to Chad? What was
her problem anyway? Three weeks was all it had been, for God’s
sake.
“I
didn’t do anything to her, Chad.”
“So
why is she calling me and crying?”
I
massaged my temple and shook my head.
“Because
she’s Judith, Chad. Because I haven’t told her about Elizabeth
and I, and I don’t feel like calling her and skipping that
conversation, so I’d rather just not. Because yes, she called me,
called my house, sent me messages, but all I want is for her to calm
down and stop acting like I’m Judas. Because yeah, we’re friends
and she feels that means she has exclusive rights to my number.
Because…” My God, I could go on and on.
“Not
because you hooked up with her?”
“She
told you that?”
“You’re
not saying you didn’t.”
“This
is not about hooking up. I don’t understand why she’s so anxious
to talk to me, but that’s pretty much it. I’m just not ready.”
“You’re
an ass, Jon. You’re my friend, but you’re an ass.”
Giveaway:
$30 Amazon
Gift Card & 1 Signed Paperback 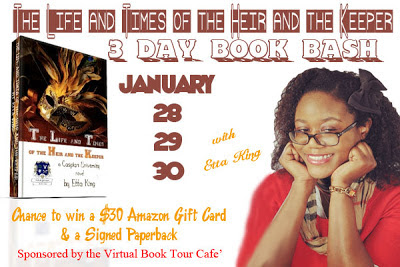