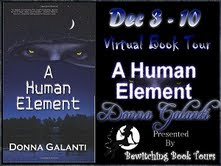 Wide open spaces. Something I always yearn for. Dream of when it’s taken away. Find my way back to. I always loved being alone. My friends couldn’t understand why I wanted to live off a back road in the country by myself. Those wide open spaces called to me.

It may have been partly because I was an only child growing up on a mountain top and partly that I was adopted and sought to find myself in those wide open spaces.

Laura Armstrong, in my novel A Human Element, embraces wide open spaces as I do. She is also adopted and an only child, as I am. A part of her childhood is from mine. Adoption and being an only child runs deep through my book A Human Element. They had a deep impact on my life and that’s why through December 22nd I’m donating $1 from each purchase of my suspense novel, A Human Element, to the Pearl S. Buck Foundation’s Welcome House Adoption Program. I was given a second chance and I want to help give other children a second chance at happiness, with a permanent family. See my adoption story here. Come share your story.

As a child I roamed the woods, like Laura did. I wandered ancient paths around craggy stone walls and over dim forest floors. I spread out on mountain meadows, in spots I just knew no one else had traversed across. I climbed knobby trees and sang to woodland creatures.

I believe wide open spaces provides spaces in our hearts and minds to grow and create. Spaces where we can find peace and love and acceptance.

Here Laura sings to the open world as a child, as I once did:

Laura balanced her feet on the branches and spread her arms out wide. Her chestnut hair blew behind her in the warm, July breeze. She owned this piece of the world in the little town of Coopersville, New York. She overlooked the sloped meadows and woods around the farmhouse. Feeling confident in her footing in the tree, she took a deep breath and sang to the woods. She sang to the trees swaying to her tune and the animals chattering around her. She sang to the ancient craggy mountains before her. She sang to the birds claiming the sky and the creek that tumbled along its way.

Here, Ben Fieldstone encounters Laura as an adult recapturing her love for wide open spaces:
Ben saw the woman now. She stood magnificent, high up in a giant birch tree with her feet planted shoulder width apart. Her arms spread outward gripping the branches. She flung her shoulder-length chestnut hair back and sang to the sky with her eyes closed. Her face moved in complex expression with each word she belted out. She looked as though she flew in her mind over the trees toward the sun.
He moved closer to stand a few feet below her. The leaves shook wildly in the tree around her in a gleeful dancing rhythm to her song even though there was no breeze.
Ben was enchanted. She was part of the tree. A nymph of the wood. A goddess of the Earth with the sun streaking through her hair. He reached for his camera and shot a photo of her as she belted out the last line, then he joined in.

Do you dream of wide open spaces? Have you found them? And what do you find in them? What do they bring you?

Ben was in hell, he knew it. He didn't know why he had to suffer. But perhaps this would be the end of his pitiful life. Here on this Hawaiian mountain it would now be over. Humiliation, repulsion, anger, and pity for himself consumed him as he lay sprawled across the rock. Finally, he wept. The tears burned him as they seeped around the duct tape over his mouth.

"Yeah, you cry, my little wahine." Koko leaned his heavy frame onto Ben, crushing him into the biting rock. "You no longer a virgin after I'm done with you."
Then two loud cracks shot out over the howling wind. The hands fell away. He let out a huge sigh, dizzy from holding his breath.

Ben opened his eyes and craned his head around to see what had happened. Under the bright moonlight the outline of the two big Samoans rose up from the overgrown road. They didn't move. The wind whipped the giant leaves of the banyan and guava trees about like sails on a great clipper ship. The buzz of traffic from the new Pali road carried up to him from below. He scanned the area. What had happened? Who else hid out there? He pulled at the stakes. His hands shook as he tried to break free.
"Forget it, kid, they're held down in cement," a deep voice said. "These stupid locals make up these playgrounds just to mess with us haoles."

Ben swallowed the saliva stuck in his throat and focused on his surroundings. There stood the green-eyed man, hidden in the swaying banyan trees. His black outfit blended into the dark forest. He moved toward Ben and holstered his gun, then popped open a switchblade from his back pocket.

"I am not here to hurt you," the man said when Ben shrunk into the rock. "I'm going to cut the ropes."

In a few swift movements he slit the ropes binding Ben, who staggered back. The man caught him and held him up, then ripped off the duct tape.
"Who are you?" Ben's body trembled from the rush of fear and a fierce headache pounded in his temple.
The man didn't answer. He bent over one of the dead Samoans and pulled out a wallet. He looked inside and threw it at Ben. "It's yours." Then the man led him by the arm down the overgrown road where he handed Ben his clothes from the brush. He tried to put them on but his hands shook so bad the man had to help him. He winced from the whip marks brushing against his jeans and shirt.

"Come on," the man said. Ben looked back at the dead men sprawled face down. They oozed like two fat walruses sunning themselves in the moonlight. "Don't worry about them. I'll dump them later, somewhere they'll never be found."

In a daze, Ben followed his savior up the rough road, stumbling behind him in the dim moonlight. Those men had carried him unconscious down this road.

"I'll take you back to base and you're on your own," the man said once they reached his car, parked off the main road. "Don't speak of this to anyone. Understand?"
Ben nodded and climbed in the car. He looked over at the stranger in black who had saved him. His mammoth biceps flexed as he drove, hunched over the wheel. The man's body looked crushed in the sedan. Ben turned to the window and closed his eyes. The wind blew soft on his face as they sped down the mountain curves. Giddiness rose in him from the pit of his stomach to his throat. He bent over his knees with laughter. He laughed and laughed and then he sobbed with relief. He would live. Just like when he chose to save himself from his foster father. But this time a stranger chose for him to live.

The man looked over at him, both hands gripping the wheel. "Get yourself together," he warned Ben. "I know what those bastards planned to do to you."

Ben stared at him and then a memory flickered. "You were at my foster mother's funeral. Why are you following me? Why save me?"

"I can't. I would have died up there for sure."

The man looked at Ben. His green eyes glowed in the moonlight that filtered into the car.

Ben didn't know what to make of his comment.

They reached town and the man whipped in and around Honolulu traffic and stopped the car near the Pearl Harbor base. "You're good from here."

"I don't even know your name. Will I ever see you again?"

The man stared straight ahead and didn't answer. Ben bent his head down and stepped out of the car.

"Tonight was a warning," the man in black said in a low, deep voice. "Make a life for yourself while you have the chance. You can't change the past."

"How do you know about me?" Ben turned back.

The man looked up at him. He squinted as if in pain. "And get out of the Navy. It's not the place for you. The government will only screw you. Get out now."

The man slammed the door shut and sped off, leaving Ben standing on the curb.
He made his way to his barracks and collapsed on his bed. Ben fell into a deep sleep but couldn't escape the night. In his nightmares the Samoans laughed as they whipped him. His foster father joined them, snapping the whip on his back and cursing him for letting him die. Murderer! Then he fell off a cliff. The wind rocked his body but didn't push him back to safety. He screamed as he fell into the darkness. He tried to grab onto something but it was a black, empty abyss. Then a bright green light appeared above him. It grew larger and larger. He shielded his eyes as he fell, terrified. The green light rushed faster and faster toward him. It came for him. It would crush him just like it crushed his parents.
And he knew he was headed straight to hell.

About A Human Element: One by one, Laura Armstrong’s friends and adoptive family members are being murdered, and despite her unique healing powers, she can do nothing to stop it. The savage killer haunts her dreams, tormenting her with the promise that she is next. Determined to find the killer, she follows her visions to the site of a crashed meteorite–her hometown. There, she meets Ben Fieldstone, who seeks answers about his parents’ death the night the meteorite struck. In a race to stop a mad man, they unravel a frightening secret that binds them together. But the killer’s desire to destroy Laura face-to-face leads to a showdown that puts Laura and Ben’s emotional relationship and Laura’s pure spirit to the test. With the killer closing in, Laura discovers her destiny is linked to his and she has two choices–redeem him or kill him.

Praise for A Human Element:
“Be afraid. Be very afraid. And be utterly absorbed by this riveting debut that had me reading till the wee hours of the night. A thriller star is born. Don’t miss A Human Element.” – M.J. Rose, International Bestselling Author 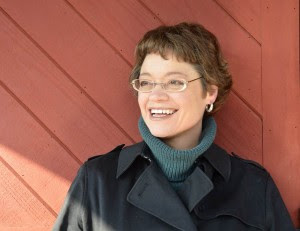 Donna Galanti is an ITW Debut Author of the paranormal suspense novel A Human Element (Echelon Press). She’s lived from England as a child to Hawaii as a U.S. Navy photographer. If she couldn’t write she would bike, hike, and kayak every day. Donna lives with her family in an old farmhouse in PA with lots of nooks, fireplaces, and stinkbugs but sadly no ghosts.