Book Tour: Sound of the Heart by Genevieve Graham

1) When you aren’t writing, what are you doing? (Aside from being a dad/mom)

I run my own editing business. And I guess I should rephrase your question—when I'm not editing, when do I get to write? Editing has become a fulltime business, since I edit novels for two authors per month on average. Over the past two years I've edited over three dozen books for authors worldwide, and many of those are repeat customers! And editing has grown into ghostwriting as well, which I really love.

When I actually get to stand up and move away from my computer, I love hanging out with my family outside. My husband has an amazingly gifted green thumb, and we live in the wonderful growing area of Nova Scotia, so our gardens are always needing to be tended. And if it's not that, well, you might find me either walking our silly white dog, Murphy, or tending our chickens. I had no idea how much fun chickens were until we got them!

2) You chose a specific genre, a place and time to write about, what made you choose it?

Most of my work has been based in the 18th century in both Scotland and the colonies. The reason I started writing in the first place was that I'd been reading the “Outlander” series of Diana Gabaldon, and become completely obsessed with it. In fact, I read her series four times, then listened to the unabridged audio another two times before I finally decided it was time I try to write my own book. The truth was, when I'd finished reading her books (again), then read everything I could by similar authors like Sara Donati, Penelope Williamson, and Jennifer Roberson, I felt kind of lonely. I missed the adventure, the intelligent oh-so-real characters, the gorgeous settings … I missed it all. So I've written four books (working on #5) in that time period (one is only in Scotland but the others are a mix). Penguin will be publishing the third one, “Out of the Shadows” in Aug/Sept 2013.

3) In your opinion, what makes a book a great one?

My idea of a great book is one written with both intelligence and passion. I don't mean passion as in erotica, though that's all fine and dandy if you're into that. By passion I mean the author has to really mean it. I want to learn from my books but not be preached at. I want to be swallowed up by the time period and and characters and wish I could transport myself back to be with them. A great book introduces me to people I grow to love, and people I miss when the story's over. The people in the stories need to be as real as you and I.

4) Which author(s) most influenced your love of books from childhood?

I remember loving Laura Ingalls' “Little House on the Prairie.” After that there's a bit of a blank in my sieve-like memory, but I recall Agatha Christie taking up a large part of my bookshelves. Then Stephen King took over my mind. Now there's an author who can suck you in. I still remember wearing garlic around my neck every night when I finally set Salem's Lot on the bedside table. 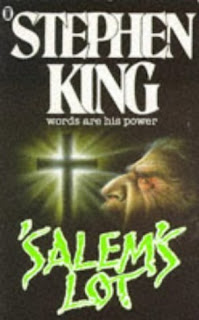 I actually had to stop reading his work after a while because it disturbed me so deeply. I think “The Stand” was the last book of his I read—until I read his how-to book, “On Writing,” which is brilliant. I went through a Nora Roberts phase, dove into Wilbur Smith for a few years, and inhaled everything by Dick Francis. When our daughters were little, I couldn't find the time to read, so I lost about ten years there. After that it was Diana Gabaldon, and the rest, as they say, is history!


5) Is there a message in your novel that you want readers to grasp?

If there's a message, it's to believe in true love. To trust that voice in you that says, “Hang in there. This is worth it.” My stories aren't traditional “romance”—in fact, I drag my characters through hell before I give them their happily ever after, but the truth about that one prevailing love is woven through the whole story.

I haven't written one like me yet, to be honest. The women in “Under the Same Sky” and “Sound of the Heart” are strong, fierce women who probably embody who I'd like to be. Adelaide, in “Out of the Shadows”, is a timid, heavily scarred woman who has to discover her inner strength and embrace who she is in order to survive. I've been working on a WW1 story lately, and perhaps that woman, Audrey, is most like me, but still not quite. I'll have to think more on that.

7) Worst habit you have?

Biting my nails, I guess. Of course then there's my obsession with chocolate and latte … and coffee with baileys...

8) How much research did you do before and during writing?

My writing is about 60% writing and 40% research. I write until I run into something that needs fleshing out, then I'll lose myself in research for days at a time.

9) What are the most important attributes to remaining sane as a writer?

 Be true to your writing. Don't write for anyone but you.
 Don't think about publishing. Think about writing.
 Remember why you got into this in the first place. If it's for money, you're in the wrong business.
 Some people say you have to write every day. I say you need to take care of yourself. Sometimes you just need a day off. Put your feet up and think of … nothing.

10) Do you enjoy giving interviews?

I do, but it's a funny thing to get used to: people wanting to know about me. Three years ago nobody would have been the least bit curious, but ever since Penguin put me on people's bookshelves it's like I'm a different creature. I like to be up front with my readers and let them know that what they're reading comes from my heart.

11) What's the loveliest thing you have ever seen?

Loveliest? Anything beautiful makes me think of my daughters, but lovely? To me that describes autumn in Nova Scotia, with the endless colours of fall reflecting over the lakes, arching over narrow roads.

Now if you were to say wonderful, I'd say that'd be anything about my daughters: the days they were born, their smiles, their eyes, their love for each other …

12) How do you react to a bad review of one of your books?

I'm not going to say it doesn't hurt, but I try to walk away from anything negative. I look at the percentages over all, and if 5% of readers are giving a poor review, I really don't need to worry. After all, not every book is right for every reader. The only thing that really ticks me off is when people say something like “This was bad,” and they don't explain what exactly was bad. I never, ever argue with a review or a reviewer. 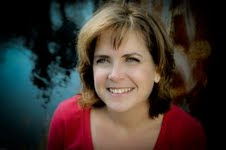 Genevieve Graham graduated from the University of Toronto in 1986 with a Bachelor of Music in Performance (playing oboe). While on a ski vacation in Alberta she met a really cute guy in the chairlift line-up and they skied together for two days. After the second day she decided she had to have him ... permanently. The couple (now husband & wife) subsequently moved to Calgary and brought two beautiful and talented daughters into the world. They have recently settled in a small, peaceful town in Nova Scotia and are loving their quiet life.

Writing became an essential part of Genevieve's life a few years ago, when she began to write her debut novel, "Under the Same Sky". Her second book, "Sound of the Heart" was released on May 1, 2012.