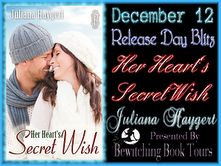 With a renowned reputation as a player, she had everything figured out...

Twenty-year-old college student, Natasha is the life of every party and the reason behind many celebrations. The easiest girl on campus has all guys at her feet and more than a few in her bed.

…until he came into the game…

Having entered the academic world by chance, Professor Jason Stone is surprised to find one of his young students a huge temptation. The infamous Natasha has caught his attention. But is there more to her than meets the eye?

…and changed the rules.

As their unexpected friendship grows, so does their attraction to each other. When Jason’s Christmas plans are canceled and he ends up at the same party as Natasha, sparks flare, destroying the safe zone around them. Will they figure out how to break through their self-imposed barriers to be together, or lose one another forever?

Her delicate brows knitted together. “What are you doing here? Aren’t you supposed to be with your family?”
“Change of plans.” His tone was as harsh as his disappointment. “I had to stay and saw a few posters hanging around the school. Thought it was a better option than spending Christmas Eve alone.”
The corner of her lips curled up. “Definitely.”
Though he tried, he couldn’t ignore just how beautiful and vulnerable she appeared. Her long, brown hair fell around her porcelain face and into a smooth cascade down her back. Her usually energetic green eyes shone with relief instead. She wore red lipstick, which only made her mouth more inviting. The dress hugged her perfect curves, the hemline promising fun things on the other side.
Jesus.
Jason shook his head and shifted his gaze away. He’d probably caught her making plans for later, and he still wanted her? His mind was so messed up.
“You don’t seem so well. What is it?” She stepped closer and her spicy perfume taunted his will.
He held his breath for a moment and focused. “I’m good.” He smiled at her, transforming into his usual self. The laidback gaming nerd, and fun professor he brought out for his students.
“Come in.” She gestured to the living room. “The party is starting.”
Somewhere over the last six or seven months, when their conversations had become more profound and frequent, he had lost his mind. Six or seven months ago, he would never have crashed a student party so he could stare at one of them.
Helpless, he followed her.

Juliana is a Brazilian girl living in Connecticut.

She would love to be Wonder Woman, Cheetara, Elektra, Buffy, Phoebe, She-ra, Rose, Korra, Cornelia, a blood elf shadow priest, and other various kick-ass female from comics, TV series, movies, books and games, but she settles for—the less exciting but equally gratifying life—a wife, mother, friend and a writer. Her heroines are like the ones cited above and she also writes about the heroes who drive them crazy—and occasionally hot.

Since her first stories, she wrote about 20-something year old protagonists. Nowadays, besides writing full time, she battles for the recognition of New Adult as a category.