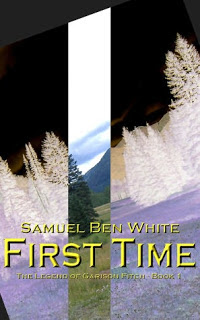 "The La Plata River comes out of the San Juan Mountains and cuts its way through the smaller range we called the La Platas. The San Juans are big, majestic mountains you can see from the tops of the La Platas, sitting in the distance and looking over the La Platas like proud but stern parents and grandparents. La Plata Canyon's really more of a valley than a canyon, but I have just always heard it called a canyon. Anyway, it is filled with wild flowers in the spring and—all year 'round—the evergreen pines and firs cover the slopes of the mountain all the way to timberline. They keep their leaves all year round and the green peeks out from between the boughs of covered snow in winter and seems to always remind you that spring is not too far off. And there are aspen, a tree with a white trunk like a birch and pale green leaves that turn the most vivid golds and oranges in the autumn."
"What is timberline?" Sarah interrupted. She had learned so much from Garison in the previous months that she wanted to learn even more. He had taught her to never be afraid to ask questions, so she frequently interrupted to ask. He had opened a world for her she never knew existed and it was like getting the advanced schooling she had never had. Of course, even he admitted that some of his talk was of a world that didn't yet exist so some of it was schooling no one else in the world had yet had.
"It is a place on a mountain where the altitude is so great and the air so thin that trees and plants cannot grow in the great numbers they do at lower altitude. Also, such factors as temperature, water, and other things prevent the abundance of fauna you'd find elsewhere. There are tender lichens that cling precariously to the rocks in some places, though the extreme temperatures and other factors make their cycle of growth sometimes only a few days a year. Their tenacity is unbelievable!
"It's like a magical land up there above the timber line. It's like a fantasy world that only a few ever experience because even for those with the opportunity, it takes work to get there. And each little peak you see in the distance is like it's own person, with a history and story different from all the other peaks. And you want to know the story of every peak and know that you couldn't learn them all even with a lifetime to try. Up there, one can see for miles—from one peak to another. And you can see down into the valley below you for distances you would think impossible if you've never been there to look. It's the sort of view normally reserved for the eagles.” 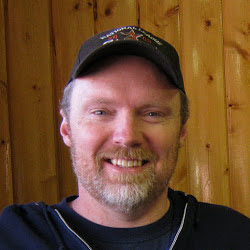 Samuel Ben White (“Sam” to his friends) is the author of the national newspaper comic strip “Tuttle’s” (found at www.tuttles.net) and the on-line comic book “Burt & the I.L.S.” (found at www.destinyhelix.com). He is married and has two sons. He serves his community as both a minister at a small church and a chaplain with hospice. In addition to his time travel stories, Sam has also written and published detective novels, a western, three fantasy novels and four works of Christian fiction.

Email ThisBlogThis!Share to TwitterShare to FacebookShare to Pinterest
Labels: Book Excerpt, I Am a Reader, Samuel Ben White