Guest Blog: Kiss of the Betrayer by Boone Brux 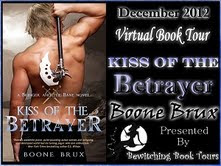 Yule Have a Jolly Christmas
The Christmas season is upon us and I am very fortunate to have my second book in my Bringer and the Bane series “completely” releasing on December 11. I say completely because it does appear to be available in print on both Amazon and B & N. But I digress.

Since my book is set in an alternate medieval world, I’ve been thinking a lot about what it would have been like to live in medieval times. Today I thought I’d write about one of the oldest Christmas icons in history. No, not Santa Clause or the tree. The yule log. 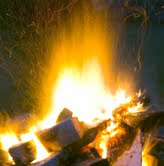 Raise your hand if you’ve ever made a crude joke about the yule log? *raises hand*

I never knew what the heck this thing was. Log is pretty self-explanatory, but for me in my ignorant wisdom a yule log could be anything from the salmon loaf my mother served with crackers to a large stick you beat children with if they don’t go to sleep on Christmas Eve. I had a very diverse childhood.

Neither of these are the case. A yule log heralds from several international traditions even before medieval times.

The Druids would bless a log and keep it burning for twelve days during the winter solstice. It must have been a really big log. In our house, we burn wood like it grows on trees. Back to the Druids. They would keep part of the log for the following year, when it would be used to light the new yule log for that season.

For the Vikings, the yule log was an integral to solstice celebration, the julefest. An entire tree was cut and brought into the house with great pomp and circumstance. On the log they carved runes of things they wanted the gods to take away from them, such as ill fortune, poor honor, or bad health. As with the Druids, part of the tree was saved to light the next year’s yule log, preferably by somebody with clean hands. Whether that’s physically clean or metaphorically clean, I have no idea.

The tradition of the yule log spread all over Europe, varying the types of wood. In England oak was used. Scotland preferred birch, while France liked cherry wood. The French also sprinkled their wood with wine so that it smelled nice. Personally, I think that’s a gross misuse of alcohol.

History of the yule log goes on and on. Is there a tradition you and your family and friends carry on each year? Leave a quote for your chance to win a copy of my latest book, Kiss of the Betrayer.

I can’t wait to read your traditions and see if there’s something good I might share with my own family. Happy Holidays.

For fifteen years Luc Le Daun has blamed himself for the death of the woman he loved. His secret guilt has led him into a life of danger, risking all and committing to none.

Killing Luc Le Daun has been all Jade Kendell has thought about for years. But when her plan goes awry and she's brought into the Bringers' fold, her own dark secret threatens to be revealed. Desire for a better life wars with a promise made long before she understood the ramifications.

In a deadly mission, Jade and Luc embark on a journey into the Shadow World. As they attempt the impossible, ignoring the attraction growing between them becomes harder to deny. The slightest misstep could mean the loss of their souls and give the Demon King exactly what he needs to open the Abyss of Souls and annihilate the Bringers.

Now that Jade had tried to kill Luc, doubts plagued her. She’d never stopped to consider what it meant to take another person’s life, never thought about the cost to her own soul. It had always been: It had to be done. Luc had to pay for his betrayal.
Rell thirsted for vengeance. With each cruel deed she seemed bent on performing, Jade volunteered in her place, hoping to slow her sister’s descent into the world of the Bane. For so long she’d fought to keep Rell rooted to humanity, but never once noticed her own slipping away.
A twig snapped, jolting Jade from her thoughts. She crouched and searched the forest. Nothing moved in the murky grayness. A shiver ran across her skin, the woods’ coolness suddenly feeling a lot less welcoming. Maybe the follower was Rell, or a deer. Jade didn’t dare call out in case someone or something else stalked her. Other creatures lurked in the forest, none of which she wished to encounter. She cursed herself for not keeping the knife she had used to stab Luc. Now her inability to stomach its feel seemed idiotic.
Another twig snapped. She spun and ran in the opposite direction. Footsteps thundered after her, closing fast. She broke through the trees and was halfway across the clearing when someone hit her full force, taking her to the ground. The breath burst from her body from the weight of the person landing on top of her. It took only a second to realize who the attacker was.
Luc. 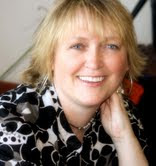 As a multi-published and an award winning author, Boone's writing drips with experiences from real life. Addicted to anything that might make a good story, she weaves tales that range from dark fantasy to humorous romance. Settled in the icy regions of Alaska with the love of her life and twin daughters, it's not uncommon to find her tapping away on her iPad on a windy beach or the barren tundra. Be warned, anyone and every even is fodder for one of Boone's novels.