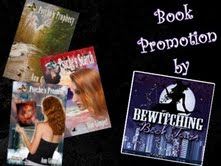 Thanks so much for the invite to guest blog on your site.

Stories about turning back time, finding a fountain of youth and living forever have always been popular. There is something seductive about being able to go back to another time, or take a peek into a yet-to-be experienced future.
A common saying is we all have twenty-twenty hindsight. Another is that the view through the retro spectroscope is crystal clear. Obviously what that means is if we applied the knowledge we have at hand now, we might have made different choices in the past. There’s a famous quote by George Santayana: “Those who cannot remember past are doomed to repeat it.”

So, how does this apply to writing? Virtually all stories have a point of view (POV) character. This is the character whose eyes the story is viewed through. Many novels are told from a single POV. Some have several POV characters. Since the reader can’t know more than the POV character knows, it can be challenging to write a lengthy novel from a single point of view. For one thing, that character has to be in every single scene because if they didn’t see something happen, the author can’t write about it.

The loose link with time travel is that a character actually has to be there, going back in time, to understand how having a conversation with, for example, a woman standing on a street corner might alter the course of history. The author needs a consistent character who can interpret the impact of time travel as it moves along a timeline to the present day. An easier way to do that might be to have POV characters in different eras and some way they can communicate with one another to draw things together.

In 1843, Dickens wrote about the ghosts accompanying Scrooge into his past and future in A Christmas Carol. H. G. Well’s Time Machine came along in 1895. And let’s not forget Mark Twain’s, A Connecticut Yankee in King Arthur’s Court. That one was also published in 1895. If you go to Wikipedia, there are scores of books and movies about time travel which tells me there’s an archetypal desire on the part of humans to explore both past and future. On a more modern front, there are all of Diana Gabaldon’s books featuring a time-travelling nurse/doctor who goes back to eighteenth century Scotland.

One of the hallmarks of successful genre writing is good research. For a book to have that verisimilitude twang, the author simply has to put in the time to understand what they’re writing about. I think it’s actually easier to write about a future that hasn’t happened yet, than about a past that has. Reason is there are lots of armchair critics out there who probably know way more than I do about the French Revolution or the American-Indian War or the geography of Tanzania. So, if I’m going to turn out a genre novel featuring time travel, I need to pick places in time I can write cogently about.

Have you ever considered time travel? Where would you want to go and why? What would you do when you got there?

I’d love to hear your thoughts. 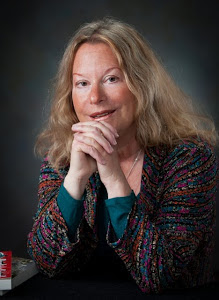 Ann Gimpel is a mountaineer at heart. Recently retired from a long career as a psychologist, she remembers many hours at her desk where her body may have been stuck inside four walls, but her soul was planning yet one more trip to the backcountry. Around the turn of the last century (that would be 2000, not 1900!), she managed to finagle moving to the Eastern Sierra, a mecca for those in love with the mountains. It was during long backcountry treks that Ann’s writing evolved. Unlike some who see the backcountry as an excuse to drag friends and relatives along, Ann prefers her solitude. Stories always ran around in her head on those journeys, sometimes as a hedge against abject terror when challenging conditions made her fear for her life, sometimes for company. Eventually, she returned from a trip and sat down at the computer. Three months later, a five hundred page novel emerged. Oh, it wasn’t very good, but it was a beginning. And she learned a lot between writing that novel and its sequel.

Around that time, a friend of hers suggested she try her hand at short stories. It didn’t take long before that first story found its way into print and they’ve been accepted pretty regularly since then. A trilogy, the Transformation Series released by Gypsy Shadow Publishing, features Psyche’s Prophecy, Psyche’s Search and Psyche’s Promise. One of Ann’s passions has always been ecology, so her tales often have a green twist and the Transformation Series is no exception.

In addition to writing, Ann enjoys wilderness photography. Part of her website is devoted to photos of her beloved Sierra. And she lugs pounds of camera equipment in her backpack to distant locales every year. A standing joke is that over ten percent of her pack weight is camera gear which means someone else has to carry the food! That someone else is her husband. They’ve shared a life together for a very long time. Children, grandchildren and three wolf hybrids round out their family.