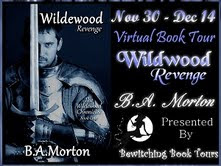 As a child I lived opposite the local library. I read a book a day until I ran out of books. While I waited for the shelves to be replenished I began scribbling my own little tales. But that’s all they were scribbled stories in notebooks. When I grew up, the tales became a little longer, fuelled by all the marvellous books I’d read. So, really I suppose the answer is that I was inspired to write, by a life-long love of reading.

How long did it take you to write Wildewood- Revenge?

Wildewood- Revenge took about twelve months to write. I laid it aside for six months during which time I penned my crime novel Mrs Jones. Another six months of tweaking saw it ready for publication


While writing how many times do you go back and rewrite a plot?

I tend to make it up as I go along, so the plot pretty much evolves as I write, but I do edit continually. In a kind of two steps forward one step back method. I write one day, then revisit what I’ve written the next day, before moving on.

When I’m writing I don’t have time to read, but I still buy and download, just can’t resist it. When I’m not writing I can read a couple of books per week. It really depends on the book. I sneaked a book last week (shouldn’t have, because I’m on a deadline) but it was so compelling I had to read it in one go.


In all the books you've read. Who is your most favorite character and why?

That’s a hard question. I enjoy so many genres and characters within the books appeal for different reasons. If I had to pick one I’d say John Connelly’s Charlie Parker. I just love a tortured hero.

Love chocolate.
Have a serious phobia of heights.
Love all things Medieval.
Live in a haunted cottage.
Have a blue belt in Judo.

Arghh…another difficult question! I read almost anything. I write tales that span genres too. But a quick look at my bookshelf confirms that I own slightly more crime fiction than anything else.

What are you currently reading?

Song at Dawn by Jean Gill. A superb medieval romance/adventure story, set in 1150 Provence, which follows the fortunes of Estelle a young woman with a wonderful voice and troubadour/commander of the guard Dragonetz. I’m sneaking pages in between writing.

What is the best book you've read?

I don’t think I have a best. I’ve read so many wonderful books it would be difficult to choose. However, if pushed, and within genre’s I’d say. Best children’s, The Chronicles of Narnia – C.S Lewis. Best Historical, Pillars of the Earth – Ken Follett. Best Crime, Every Dead Thing – John Connelly. Best Classic, Jamaica Inn – Daphne du Maurier.

Any new projects coming up?

Wildewood- Revenge is my latest novel. The first of a medieval trilogy it was published by Taylor Street Publishing at the beginning of October 2012. It’s based very loosely on the history of the Northumberland valley where I live, circa 1275, and the facts uncovered when researching our cottage. Built with stone from the ancient castle, it lies on the foundations of a medieval chapel and crypt and has had more than a few ghostly encounters. The book is a time travel adventure with an unlikely heroine, an unchivalrous knight and a supporting cast of loyal supporters who join forces to thwart accusations of witchcraft and treason. The story evolved from walks in the deep woods around my home, a tale of adventure, Templar treasure, romance and revenge.

I also have the sequel to my first crime novel Mrs Jones, due for a Christmas release. In, Molly Brown, a child with a strange obsession with the Wizard of Oz goes missing and it’s up to Connell to find her, before it’s too late. Serial killers, crooked cops and organized crime all conspire against him. 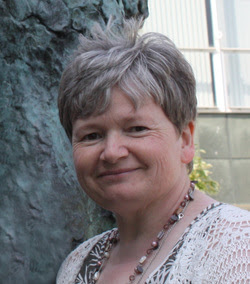 B.A Morton lives and writes in rural Northumberland near the Scottish Border and is working on Redemption Book two, in the Wildewood Chronicles. She also writes romantic crime fiction.