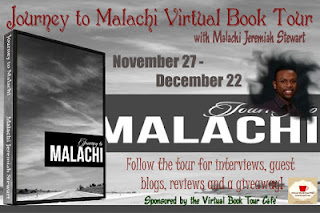 Finding My Voice
One of the most liberating aspects of my healing from sexual abuse has been my ability to use my ‘voice’ to help others. Personally I have found the most damaging aspect of my abuse was the secrecy. Experiencing something as traumatizing as molestation or rape is in itself enough to break any ones spirit but then to be forced to keep silent about that experience is like being locked in a prison. There in the prison cell of your mind, you remain locked to relive the memories, pain, agony, shame and hopelessness. The secrecy brings feeling of guilt, so naturally the bearer of the secret feels guilty as if he/she has committed some sort of wrong as that their internal feelings are justified.

This was certainly the case with me. As time passed and I begin to grow older I begin to place more of the weight of the abuse on myself. Cognitively, I knew it was not my fault but still the idea of it secrecy and exclusivity burdened me. For starters, I didn’t realize how common this epidemic was. Of course no one wants to feel isolated, so feeling like something happened to me that wasn’t happening to others was hard. For years I hadn’t mentioned it. Had never even said what happened aloud. My abuse became a file hidden deep in the archives of my memories. No need to dig up the past, right?

I will never forget the day I first told someone what happened to me. I was in my late teens and as the words escaped my lips I seemed to go back in time to the moment of abuse. As I described with word pictures the details of my violation, I once more felt all the emotions I felt as I was molested. Worse more, I felt the guilt and shame. When I was finished I waited silent hoping against all hopes that my worse fear would not be realized, judgment. To my utter surprise, the person responded with their own story of abuse. As they spoke their truth there was something different in their voice. They didn’t seem to be re-living the experience. They sounded healed. I wanted to have that inner peace for myself. I didn’t want to store all the memories in an empty room at the end of the hallways of my mind with sign posted on the door saying: “Do Not Enter!” I wanted to be walk into that room and deal with those memories. I didn’t want to make a shrine out of them but I wanted them to be a place I would take others and show them they were not alone.

Slowly I begin sharing my story with others. My first opportunity was at a church youth meeting. A little girl was crying because she had been violated by another little girl at the church and I went to her and told her that I had been abused by a peer as well. I was still nervous so I was brief and simply told her she wasn’t alone and that I was proof that in time it does it get better. The look in her eyes was priceless. She began to thank me as tears decorated her cheeks, for sharing my story and my hope. Just like that an advocate was born! In time I became more open and pretty soon I was able to talk about my experience in open forums unashamed. Every time I shared I felt more liberated from my own personal shame and guilt. Finding my voice and breaking the silence of secrecy that was forced upon me caused me more joy and peace than I had known. Knowing that someone under the sound of my voice was being healed or at the very least given a small glimpse of hope by my courage was more than enough motivation and fulfillment.

Flash forward many years later as I begin to pen my first book after deciding it was time to share my story with the world. I sat in my dorm room, in parks, in computer labs and many more places and visualized myself as a small child tarnished by the abuse and begin to write the things I wished someone would have said to me then. I imagined myself as the teen rebelling and dealing with a personality that has been shaped by self-hatred and bitterness because of feeling of not being protected and feeling like I deserved what happened to me and I wrote to that young man. I wrote to him to challenge him to face his ‘demons’ and to start the journey of healing because after the pain there was so much joy waiting for him on the other side. I begin to imagine other like me, both male and female. I wrote to their faceless stories and issues and poured out of the deepest parts of me leaving nothing off limits. I wasn’t an expert because I went to school and studied the subject but I was a life-expert and so I spoke honestly and candidly. 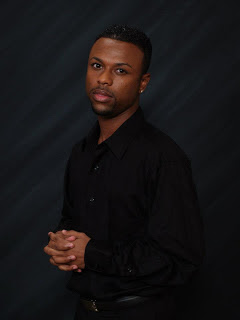 Malachi Jeremiah Stewart is an ancient vessel housed in a modern body. In 2011, he was entrusted to lead Prophetic Streams Ministries in Philadelphia, PA as a unique tributary of Kingdom life, by declaring the finished work of Christ and dispensing the ‘unforced rhythms of grace.

Currently, Malachi is pursuing a degree in Religion and Christian Counseling at Liberty University and seeks to work in full time ministry, both at locally and globally. He serves as Youth Advisor & Trainer to Dominion’s Prophetic & Apostolic Coalition Trans-Continental (D'PACT), Youth L.E.A.D. and Youth in Ministry (YIM) organizations, training high school and college students in the areas of evangelism, spiritual devotion, biblical instruction, and Papa prayer. He leads IGNITE! a youth evangelistic outreach in the capitol region, including DC-Maryland-Virginia. As a visionary leader and prophetic flame, he has a strong desire for souls to be saved, families to be restored, and for nations to be reconciled with Christ.