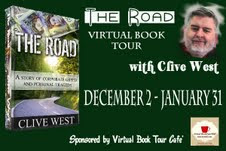 What Are Your Writing Quirks & Must-Haves to Write
I like to think that I'm fairly uncomplicated when it comes to my writing. This relatively easygoing attitude probably stems from years of having to produce complex documents in a busy open-plan office where there would be numerous interruptions in the genres of everything from crisis to clown. That said, there are a few little needs that I must have satisfied and some quirky habits that are definitely idiosyncratic.
Silence is not golden as far as I'm concerned. I've good ears and tiny unexpected sounds (the things that go bump in the light) can soon disrupt me so, in order to avoid that, I ideally like to have loud rock music playing when I've got a lot of ground to cover. This may seem bizarre but the lyrics and melodies are well-known to me so they don't impinge, and the beat gives me the tempo to type to. Rhythm's important to me (I still play keyboard) so familiar stuff with a good beat is definitely a positive influence.
Many years ago, I learnt to impose some measure of control on my dreams. As a result, I'm able to go to bed with a problem and throw it around during the night. The advantage of doing this is partly to take advantage of all those hours spent without distraction and partly to escape the normal constraints which can easily close one’s mind to an obscure but elegant solution. In writing terms, this means I can nocturnally come up with solid but imaginative plots or strategies for my characters to follow and then diurnally turn those thoughts into words. I do have to be sparing about this night-time activity because it can quickly result in exhaustion.
While I work I like to chomp sugar-free sweets or chewing gum. It's probably highly irritating to anyone around me but my mind's focussed on the writing job ahead and that's an end to it. The gnashing away helps me concentrate. Back at the beginning of my working life I used to drink far too much strong coffee but I’ve long since cut that back from 20 cups a day to no more than 3.
One thing I wish I could change is my tendency to twitch my left thumb over the Ctrl button to the extent that I benefit from the ‘Sticky Keys’ alert. I’ve tried keeping my thumb nearer to the space bar but I find it keeps drifting back.
Reading a novel of mine before it's finished would be a most confusing exercise. For starters, I frequently write out of sequence. This means that if I get a good idea for a scene I'll scribble it down and then, with the aid of a couple of page-breaks, I'll push it ahead of me as I type. When I get to the appropriate point in time, I'll adapt and incorporate it so that, by the time it's been double-edited, it'll look like it's always been there.
I'm also a great believer in both the psychological value of 'getting to the end' and the book being written 'apiece'. Once I've completed something, I like to leave it a while and then come back to it ready to craft it into one cohesive tale. It's at this time that I start adding colour to my dialogue and introduce many of the sub-plots.
My most important must-haves, though, are an interest in my basic setting and some truly imaginative and 'hiss-worthy' bad guys. It's easy to write the 'good guy' stuff but it's the bad ones which people will talk about - I've seen that in my reviews and feedback and it makes perfect sense to me. I hope I achieve that and welcome any comments my readers might have. 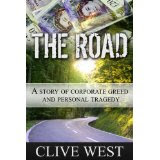 Caroline and Stuart Giddings knocked on the door, and hearing a vague ‘Come in’ sound from beyond, opened it and entered. Sitting behind a large ancient desk was their member of parliament, Charles Milton, a tall, wiry-haired man of indeterminate age although probably in his mid to late forties. Stuart immediately thought that he looked the sort of person whom you could drop head first into a pile of manure and who would come out absolutely devoid of any trace of the substance while you and anyone around you would be completely plastered in the stuff. Still, he wasn’t there to befriend them, he was there to listen to their grievances and act on them.
Stuart had suggested that before Caroline get too involved with RIM, the two of them pay a visit to their MP and see if he had any power or urge to champion their cause. Deep down, Stuart was sceptical but he was pleased that Caroline had definitely brightened up when he had made the suggestion a few days prior. The children were at school and Stuart had arranged for a colleague to cover two of his lessons. This was important.
At their MP’s gesture, they seated themselves in two upholstered office chairs. Caroline crossed her legs which made her side-slit pencil skirt ride up. She didn’t seem the slightest bit self-conscious of the amount of leg she was showing but Stuart’s bum squirmed uneasily on its cushion.
“Thank you for seeing us at short notice. My name is Caroline Giddings and this is my husband, Stuart,” Caroline offered by way of introduction.
“My pleasure, my pleasure. Nice to meet you both. What can I do for you good people?” Stuart noticed that Milton’s eyes had addressed the question to his wife’s legs rather than to their faces. The man had a predatory look about him.
“We’d like to talk about this new road and the effect it will have on us,” Caroline continued. Stuart had decided he would let her do the majority of the talking – it might help her get some of it off her chest and at least if nothing came of it, she couldn’t say he hadn’t asked the right questions. Women could do that – sit beside you while you chatted away, not saying anything themselves. Then, when it was too late, they were perfectly capable of criticising you for not having said something important.
“Fire away,” Milton’s eyes had travelled up Caroline’s torso and he was now staring at her bust. Stuart already despised the man. Still, beggars couldn’t be choosers. He bit his tongue.
Caroline seemed oblivious – she was very clearly caught up with the matter at hand or perhaps she just enjoyed her figure being admired. “Well, we’ve just discovered that not only are we about to lose all of our trees, they are going to build houses right up close to our home.”
“Mmm, yes. I’m afraid there are always casualties when a new development of this size goes through.” Milton paused and reflected while they waited patiently for whatever pearls of wisdom he could lay at their feet. “I don’t mean to be negative but have you considered putting your house up for sale?” he eventually asked.
“Yes, and the estate agent told us that because of the high number of new houses that will be flooding the market and also because our house will be losing its view, we will struggle to sell it. He also said we will have loads of – what is it called Stuart?” Caroline turned to him.
“Negative equity,” Stuart chipped in.
“Mmm, yes. I see the dilemma. Perhaps you should try other estate agents – see if they view the picture differently.” Stuart noticed that his body language had changed. When they had first arrived it had been expansive and, supposedly, welcoming. Now Milton’s arms had folded across his chest and he was making outward movements with his hands. ‘Go away – it’s not my problem,’ in other words.

Clive West was born in the West Country of England in the early 60's. He was educated at a traditional English public school before going on to university to study civil engineering. Over the years, he has worked as a civil engineer, tutor of maths and science, schools quiz-master, employment agency boss, and writer.

His work includes a collection of short stories with twists called Hobson's Choice (also available in print), a full-length novel called 'The Road' about the consequences of corruption on ordinary people and an accessible job hunting interview guide (based on his years of experience as the boss of an employment agency).

He has also written a book about lymphedema. This is a disfiguring, life-threatening and incurable disease he now suffers from and which his experience shows that most fellow patients have (like him) been abandoned by their respective health services.

Clive now lives in a rebuilt farmhouse in the Umbrian region of Italy along with Damaris, his writer wife of 22 years and their three rescue dogs. Apart from his fictional work, Clive also writes commercial non-fiction on a variety of topics but especially relating to business and employment. He and Damaris run an indie publishers called Any Subject Books Ltd

Clive is now disabled but, aside from his writing, he also enjoys playing the keyboard, listening to music and reading.